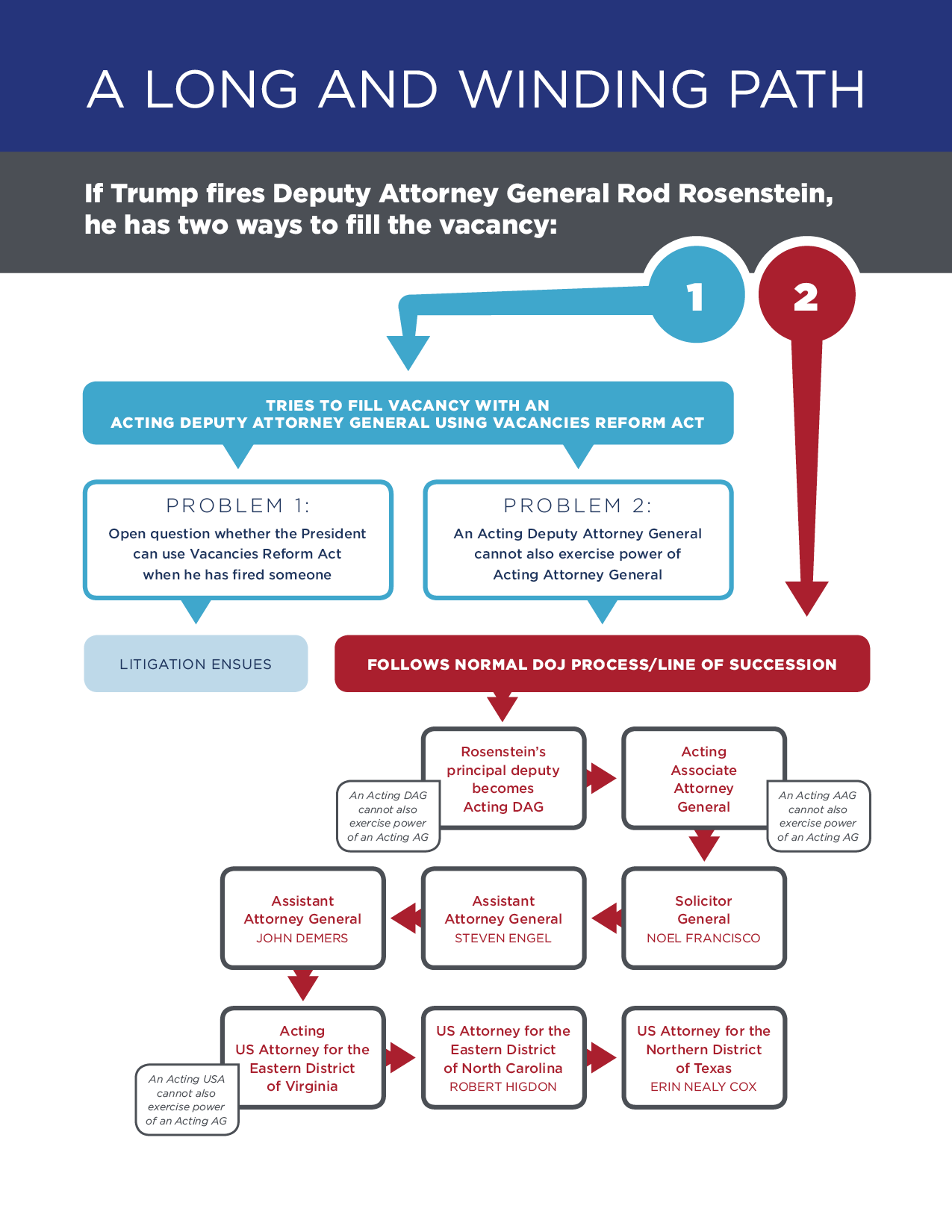 Reworking the Department of Justice’s senior leadership team is a lot harder than deploying a catch phrase in a reality TV show. “You’re fired,” works when people have contracts that allow termination at will (and in exchange for ratings).

It does not work smoothly when the employee at issue is Rod Rosenstein, the Senate-confirmed number two at the Department of Justice. There are no TV cameras at Main Justice. But there are battalions of lawyers all over D.C. ready to pounce on the smallest legal misstep.

An effort by President Trump to fire Deputy Attorney General Rosenstein and sub in a pliable replacement who will fire or hobble Special Counsel Robert Mueller is complicated. It can be attempted by following one of two paths.

The first uses provisions of the Federal Vacancies Reform Act (5 U.S.C. 3345 et seq.) to immediately insert someone into the Deputy Attorney General slot to assume oversight of the Mueller investigation.

The second follows normal Justice Department procedure and devolves power over the Special Counsel to the next person in the DOJ line of succession after Rosenstein.

Both paths, I think, ultimately lead to Noel Francisco.

The first path, the Vacancies Reform Act, has two big boulders in the way.

The second path is the normal DOJ line of succession. That takes us to Francisco again.

It’s a long and winding path. Here’s a chart that might help figure it out.