The American Constitution Society is the nation’s leading progressive legal organization, with Lawyer Chapters in nearly 50 cities and active organizing efforts in a number of other locations. Through a diverse nationwide network of progressive lawyers, judges, scholars and many others, we work to uphold the Constitution in the 21st Century by ensuring that law is a force for protecting our democracy and the public interest and for improving people’s lives. Our chapters hold public programs across the country each year, generating “intellectual capital” for ready use by progressive allies and shaping debates on key legal and public policy issues. A list of all ACS Lawyer Chapters is available here. If you are interested in helping to organize a Lawyer Chapter, please contact us at LCEmails@acslaw.org or 202-393-6181.

ACS also works to cultivate the next generation of progressive leaders. We use our extensive national network to assist our members with career development, mentorship, and job assistance. Our members get access to job banks, special conference calls, and the opportunity to network with progressive leaders throughout the country. Access our member job bank here.

Not yet an ACS member? Join our network today, or click here to have your membership auto-renew each year. 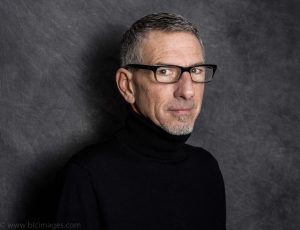 I became a lawyer so that people with AIDS and those that survived them could do things like pick out caskets and funereal flower arrangements and have those choices respected – and enforced by law if need be.  But I also became a lawyer so that sick people could stay employed and housed and cared for in hospitals, so they could protect themselves against the hatred and ignorance of the world even if they couldn’t protect themselves from Kaposi’s sarcoma and pneumocystis carinii pneumonia.  I later found that the same tools could be used to protect a woman’s access to reproductive services, argue against exiling state prisoners to private prisons thousands of miles away, defend a corporation’s interest in its product design and reputation for quality, and help judges find the right words and legal theories to convey their opinions and decisions.

When I did that work in Boston, I never felt alone as a lawyer or as a citizen.  Regardless of where I worked, I had colleagues and mentors that were smart and capable attorneys, and with whom I shared personal and political values.

Then I moved to Ohio.

It was soon after the 2004 elections, and the inauguration of George W. Bush.  I worked for the Ohio Supreme Court, to which justices are elected – elected – to make judicial decisions.  At the time, Ohio was one of the nation’s leading executioners, voting rights were under siege, and political scandals were more common than “go Bucks!” cheers on autumn Saturdays.  I spent most of the next couple of years wondering what the hell I had done with my life.

Even educated people back east still can’t remember if I live in Ohio or Iowa.  (For the record, peeps, it is Ohio – the state that gave you everything from the music you’re listening to the soybeans and Jeni’s ice cream you’re eating to the KitchenAid stand-alone mixer that got your privileged selves through the pandemic.)   But Ohio is a great place if you give it a chance.  And ACS was my medium.

The founding of the Columbus Lawyer Chapter almost 15 years ago was a sign of hope, especially for those of us working in Capitol Square.  Kim Jolson, Mike Meuti, Dan Roth, and Lisa Whittaker, all of whom worked for then-Attorney General Rich Cordray, helped bring the chapter forth.  Kim is now on to the federal bench in Columbus, Mike is one of the most successful lawyers in the state, Dan does amazing work in Oakland, and Lisa navigates the corporate world while continuing to mentor youth and new lawyers.  Subsequent chapter president Kristin Boggs is now a leader in Ohio’s General Assembly, where another early leader, Kathleen Clyde, served and launched her campaign to be our secretary of state. Our Board of Advisors included pioneering advocates like Judge Robert Duncan, Sally Bloomfield, Ben Espy, Yvette McGee Brown, and Kathleen Trafford, who invested not just in the chapter but in its members, including me, who came from all areas of practice – government service, public interest organizations, law firms of all sizes.

The collective work of this progressive posse helped establish one of the most vibrant ACS chapters in the country, one that worked closely with affinity bars and civil rights and liberties organizations to organize and educate, to share celebrations and sorrows.  But more than that, the chapter brought the hope of change to the community.

In a town where everyone and everything is transactional, ACS helped us lead in an honest, smart, and ethical way, and reinforced reaching back to give a hand to the next group of new leaders so that they could win every good fight possible.  Those leaders did just that, not just in Columbus, but from Cincinnati to San Francisco.  Regardless of practice area or employer, the leaders and members of the chapter supported one another and worked for a common good – protecting and expanding the rights of all Ohioans.

Their successes are testaments to their skill and dedication, and to the incredible value of ACS, an organization that continues to bring the hope of change in the places where it is most important to have it, including Ohio.  (And Iowa.)

Pierce Reed is a lawyer with the Ohio Innocence Project at the University of Cincinnati College of Law, where he directs legislative, policy, and education initiatives.  He previously served as the senior judicial attorney to Chief Justice Maureen O’Connor of the Ohio Supreme Court, career law clerk to retired U.S. Magistrate Judge Joyce London Alexander Ford of the District of Massachusetts, associate at Sugarman, Rogers, Barshak and Cohen, P.C. in Boston, and as an Echoing Green Foundation graduate fellow.

Read more from Pierce and previous Lawyers of ACS here.

This year’s 2021 ACS National Convention took place virtually from June 7 to June 11. This year’s convention focused on the Constitution’s “founding failures” when it comes to race and equality in this country, and reckoning with our past to create a more just future. Thank you to all who attended and made this event such a success!

To view the recordings of this year’s 2021 programming click here.

Over the last four years, the U.S. Senate has engaged in an unprecedented power grab, placing the Court and our democracy in a new and perilous state. But the ACS lawyers and law students are not going to sit quietly by as the Right takes away their future. We must, and will, respond swiftly and forcefully to make clear that this fantasy of minority rule enforced by captured courts is just that. Courts that are in need of reform will be reformed. See ACS President Russ Feingold’s interview with Bloomberg describing our work with the new administration on federal courts here.
You can also read Russ’s letter to the Presidential Commission on the Supreme Court of the United States here.

As ACS President Russ Feingold and ACS Executive Vice President Zinelle October said in their joint statement last summer, we at ACS are grieving over the recent murders of George Floyd, Breonna Taylor, Tony McDade, Ahmaud Arbery, and countless others at the hands of police. These murders and acts of violence are rooted in systemic racism and we stand with our Black and Brown communities who feel this pain most acutely.

ACS is committed to be a part of the change that’s so desperately needed. While we revere the Constitution, defend democracy, and work toward a more just union, we cannot ignore the racist history of our nation’s founding documents. We must continue to work to uphold and insist that our leaders uphold the Constitution in the 21st Century by ensuring that law is a force for protecting our democracy and the public interest and for improving people’s lives—including the lives of Black and Brown people.

Although ACS Chapters can be found in almost every major metropolitan area, there are many who are unable to join one of our existing, location-based chapters due to a variety of circumstances such as a disability, physical location, or work schedule. That is why we launched our At-Large Chapter in 2019: to provide access to progressive programming on critical issues and create avenues to engage with the entire ACS network through an innovative and online-based platform.

We are advising that chapter events be planned virtually through the spring. Given the uncertainty and the lack of safety surrounding in-person events at this time, we are also halting funding and reimbursements for event and travel costs. As you are organizing events, if there are anticipated costs, please reach out to your ACS national liaison to further discuss.

If you need help planning a virtual event, please reach out to your ACS national liaison or email LCEmails@acslaw.org.

Join ACS or renew now and your membership will be current through the end of 2021, a critical year of growth and impact for ACS. Help us invest in ACS chapters, chapter programs, networking, pipeline development, and mentorship work. Thank you for your support!

CLE Credits are a great way to attract new members to an ACS Lawyer Chapter event as well as encourage and incentivize programming attendance for busy ACS lawyers. More on how to apply for CLE here.

Keep up-to-date with all of ACS’s impeachment resources here.

If you need ideas for an event, try checking out one of our program guides!