Attorney General Eric Holder this week offered welcome support for ending the practice of felony disenfranchisement. Arguing that “permanent exclusion from the civic community does not advance any objective of our criminal justice system,” Attorney General Holder called for “clear and consistent reforms to restore the voting rights of all who have served their terms in prison or jail, completed their parole or probation, and paid their fines.”

While the degree of felony disenfranchisement varies by state, eleven states permanently disenfranchise at least some formerly incarcerated persons unless the state’s government approves the restoration of voting rights on an individual basis. Three of those states – Iowa, Florida a 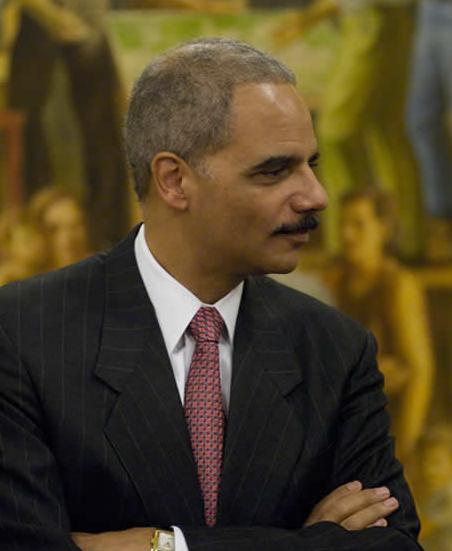 nd Kentucky – permanently disenfranchise all formerly incarcerated persons with felony convictions absent individual rights restoration.  An additional 24 deny the right to vote to those who have been released from prison but remain on parole, and 20 of these states disenfranchise those on probation as well.

These disparate impacts are not only due to the massive racial disparities that exist in our criminal justice system. Rather, many such laws were passed in the aftermath of Reconstruction as a means of denying the franchise to African-Americans. Eleven states passed felony disenfranchisement laws for the first time, or significantly expanded existing laws, in the decade after the Civil War, and states with larger proportions of nonwhites in their prison populations have been more likely to pass such laws. Indeed, in 1985, the Supreme Court unanimously struck down a felony disenfranchisement provision in Alabama’s state constitution in Hunter v. Underwood, finding that the provision, although neutral on its face, was enacted with discriminatory intent. As the Court noted, “the Alabama Constitutional Convention of 1901 [when the measure was passed] was part of a movement that swept the post-Reconstruction South to disenfranchise blacks” and the president of that convention stated that its goal was “to establish white supremacy in this State.”

Attorney General Holder placed the primary onus for reform on “state leaders and other elected officials,” and given that state laws are the source of felony disenfranchisement, they are the logical place to turn.  Indeed, some states have taken commendable steps, with a total of 23 enacting reforms since 1997. In addition, advocates have voiced support for a federal legislative response such as the Democracy Restoration Act, which would ensure that formerly incarcerated persons can vote in federal elections but would not address restrictions on voting in state or local elections.

Some argue that the Constitution itself bars felony disenfranchisement laws, even in the absence of the racially discriminatory intent found in Hunter.  In 1974, however, the Supreme Court declined to find felony disenfranchisement laws unconstitutional in Richardson v. Ramirez.  The Court based its holding on Section 2 of the Fourteenth Amendment, which requires the reduction of a state’s congressional representation if the state denies the right to vote to male inhabitants 21 or older for any reason “except for participation in rebellion, or other crime.”  Although this section was enacted to persuade Southern states to grant the vote to African-Americans by threatening to penalize the states with the loss of representation, the Court found that the “other crime[s]” exception permits states to deny voting rights to individuals with felony convictions.  Three justices dissented, with Justice Thurgood Marshall arguing that “Section 2 [of the Fourteenth Amendment] was not intended and should not be construed to be a limitation on the other sections of the Fourteenth Amendment,” most notably the Equal Protection Clause.  Justice Marshall would have found that felony disenfranchisement laws must still be subjected to strict scrutiny under Equal Protection analysis, and that the law at issue in Richardson failed that test because it was not necessary to promote a compelling state interest.

Although Richardson has not been overturned, scholars have argued that constitutional grounds still exist for challenging felony disenfranchisement laws. Stanford Law School Professor Pamela Karlan, now on leave serving as a Deputy Assistant Attorney General in the DOJ’s Civil Rights Division, has advocated for a view that the Eighth Amendment’s prohibition on cruel and unusual punishment prohibits lifetime disenfranchisement because such a penalty is grossly disproportionate and does not comport with contemporary standards. Gabriel Chin, professor of law at UC Davis School of Law, has argued that the Court’s holding in Richardson should be revisited because Section 2 of the Fourteenth Amendment was implicitly repealed by the Fifteenth Amendment, which rendered Section 2’s indirect approach to African-American suffrage a nullity by expressly guaranteeing that the right to vote may not be abridged on account of race. Janai Nelson, professor of law at St. John’s University School of Law, has proposed that felony disenfranchisement laws constitute impermissible viewpoint-based restrictions on freedom of speech under the First Amendment to the extent that they are motivated by beliefs as to how formerly incarcerated individuals may vote.

Whether the ultimate solutions will be found at the federal or the state level, and whether they will come through legislation or litigation, it is welcome to see prominent policymakers on both sides of the political aisle – from Attorney General Holder to Senator Rand Paul (R-Ky.) – bring attention to the issue of felony disenfranchisement. Those who have served their sentences under the law and paid their debts to society should not be further punished by being forever denied the fundamental right to participate in the political process.