Current statistics on the gender and racial diversity of the Article III courts.

Diversity of the Federal Bench

This page shares current statistics on all active Article III judges as of January 20, 2021

These graphs do not account for judges who have taken senior status (the Federal Judicial Center explains that senior status “enables judges to continue hearing cases with a reduced workload in lieu of retiring entirely”). Article III judges make up the U.S. Supreme Court, circuit courts, district courts, and the U.S. Court of International Trade. The page also compares the Article III judges confirmed under the Trump administration to those confirmed under the Obama administration.

These graphs show data for all judges who make up the U.S. Supreme Court, circuit courts, district courts, and the Court of International Trade, and are currently “active” (excluding judges who have taken senior status). 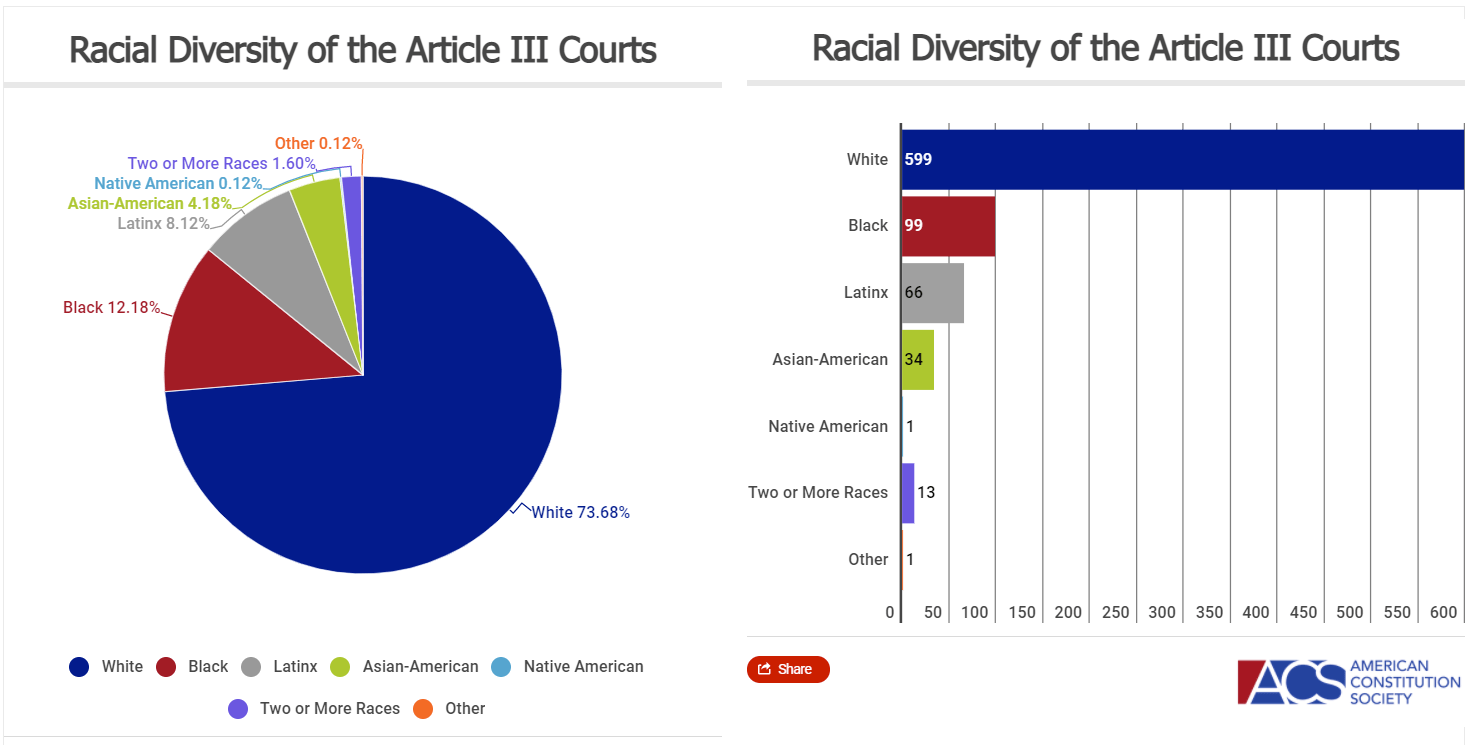 Under the Trump administration, there were been 234 confirmed Article III judges: 3 justices to the U.S. Supreme Court, 54 circuit court judges, 174 district court judges, and 3 judges to the U.S. Court of International Trade. Of these judges nominated by President Trump, most were white and male.

The charts below show the difference in the diversity of lifetime judges confirmed during the Trump and Obama administrations. 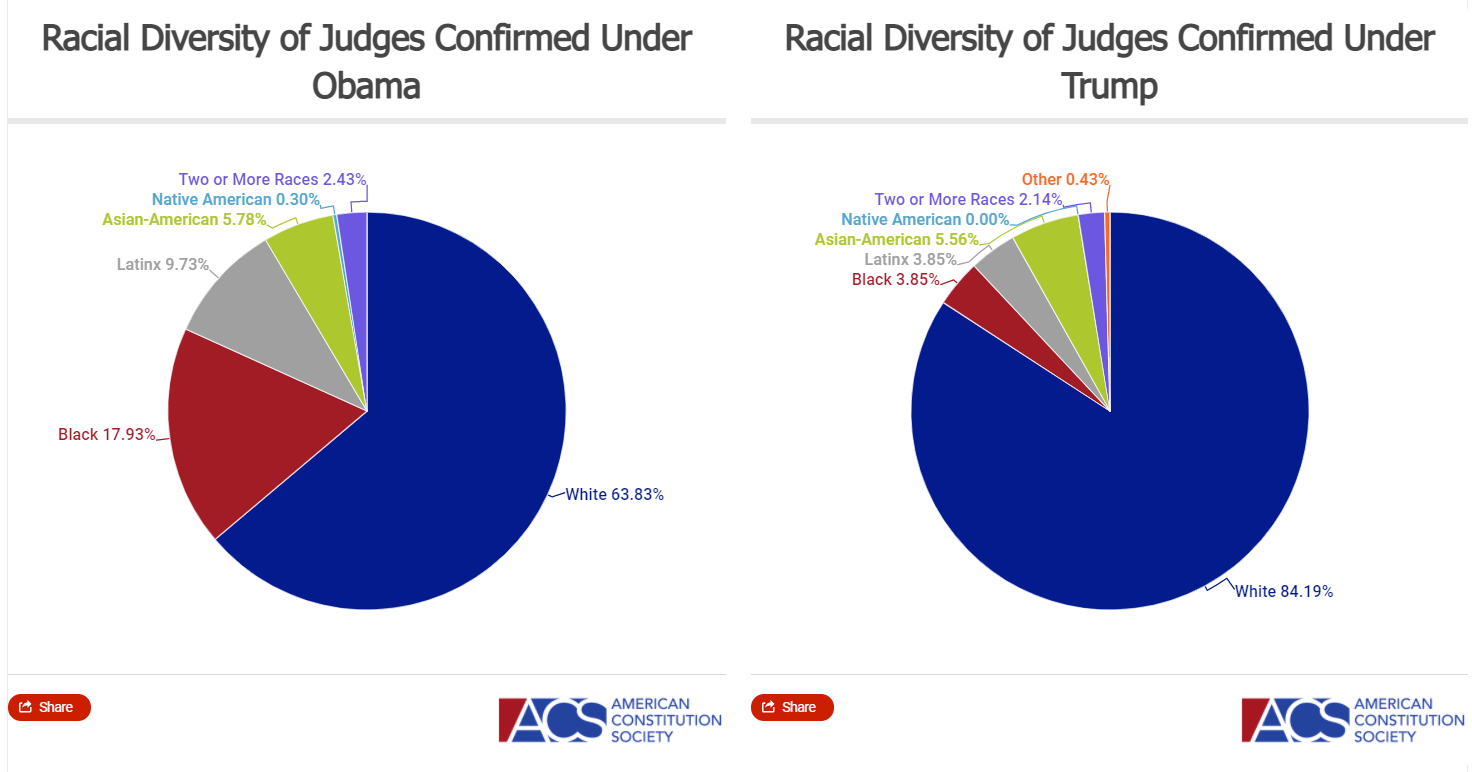 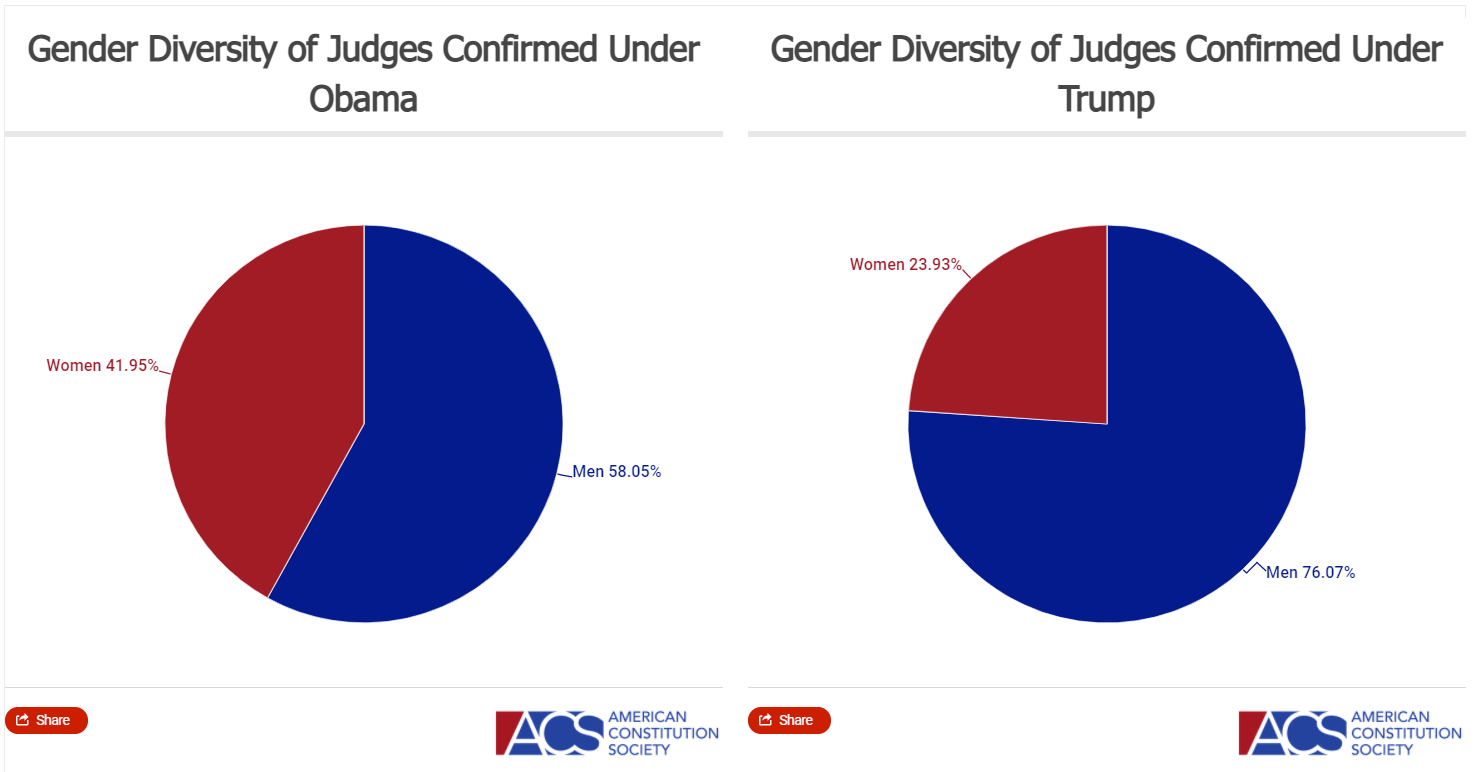 The district courts are federal trial courts and are the first (and often only) stop for federal litigants. View our map for data about individual district courts.

Data from our Diversity of the Federal Bench page is archived frequently. Previous archives are found below.

Methodology: ACS compiled these statistics from the Federal Judicial Center.