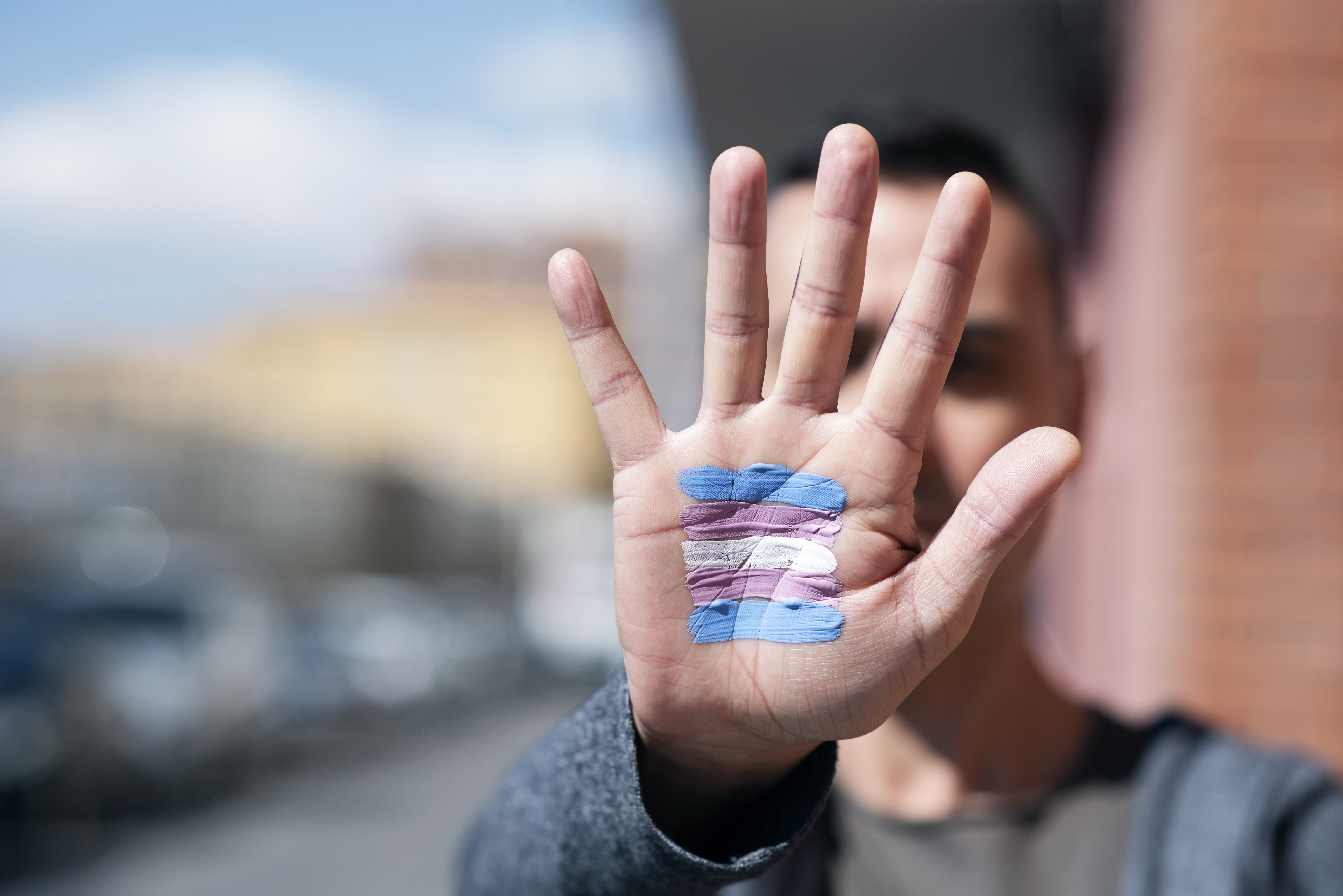 In August of 2013, Harris Funeral Homes fired Aimee Stephens from her job of six years in Garden City, Michigan. After years of struggling to conceal her gender identity, Aimee came out as a transgender woman and announced her decision to medically transition. Aimee’s supervisor terminated her, citing his religious opposition as the reason. At that same time, just across Michigan’s southern border, I was preparing for my own transition and the similar effects that concealing it would have on my own life. In August of 2013, I was an aircraft mechanic in the Air Force and beginning college, two moves that I’d hoped would insulate me from the rampant discrimination I’d come to expect as a queer immigrant of color raised in Indiana during the peak of the evangelical movement.

When I started college, I knew next to nothing about transgender people, but as my world expanded through education, I quickly discovered language to express my transmasculine gender identity. For many, that moment of naming and accepting one’s experiences is empowering, but for me, realizing that I was trans was agonizing. The repeal of “Don’t Ask, Don’t Tell” had liberated cisgender gay, lesbian, and bisexual service members when it went into effect in 2011. But that victory left behind trans troops like me, who were still at risk of being discharged and losing access to our veterans’ benefits if discovered.

Thus, the practical choice before me appeared quite simple: transition or remain closeted. Transitioning meant risking my housing, income, and a shot at an education. Remaining closeted required me to actively denigrate my own identity and ask others to do the same for the sake of preserving my lie. Though I chose the latter, my situation rapidly became untenable, and I kept up the façade only at great cost to myself. Even though most of the public (rightly) assumed my gender to be male due to my masculine gender expression, I often had to “correct” them whenever I was outside of my house. I was especially at risk any time I was required to present identification. After one particularly threatening encounter in a restroom, I became too afraid to use public bathrooms at all, causing me to contract multiple UTIs.

Ultimately, the stress of living that double life led me to the same options that Aimee had faced just a few years earlier: accepting the potential risks of transitioning or certain death. Thankfully, like Aimee, I chose life, but unlike her, I was lucky enough to avoid experiencing significant fallout from that decision.

Though dark, that period in my life did eventually pass. I graduated college, left the military in 2015, and continued transitioning while pursuing my law degree in Colorado, a state that explicitly protected my employment rights and later elected the nation’s first gay governor. There, for the first time, I was able to focus more of my energy on my studies and less on concerns about my safety. Now, as an attorney, I have attained some of the highest educational privilege available. Yet, if I returned to my home state of Indiana, I might be just as vulnerable to legally sanctioned employment discrimination because of my bisexual and trans identities as I was when I left. Indiana is one of 29 states with no anti-discrimination protection for LGBTQ+ employees; the opponents of LGBTQ+ rights are trying to argue that federal law should not protect me.

Sixty-two percent of Americans view religious objections as an illegitimate reason to deny protections to LGBTQ+ workers, and nearly half of Americans wrongly believe that explicit federal anti-discrimination provisions for LGBTQ+ employees already exist. In reality, there are currently no federal employment measures that explicitly protect us, and only 21 states and the District of Columbia explicitly prohibit discrimination based on sexual orientation and gender identity. At present, 44 percent of the national LGBTQ+ population lives in states that do not shield them, leaving them completely defenseless unless the Supreme Court affirms that the prohibition on sex discrimination in Title VII of the Civil Rights Act of 1964 applies to discrimination based on sexual orientation and gender identity.

Today, on Tuesday, October 8, 2019, the Court will hear oral arguments raising these very questions. Under Title VII, employers cannot discriminate against their employees because of their sex, race, color, national origin or religion, but for years, there has been no definitive answer as to whether Title VII’s bar on “sex” discrimination encompasses discrimination based on an employee’s sexual orientation or gender identity. The Court is now addressing this issue head-on for the very first time in three cases. It is considering the meaning of the word “sex” in the context of sexual orientation in the consolidated cases of Bostock v. Clayton County, Georgia and Altitude Express, Inc. v. Zarda, and in the context of gender identity in R.G. & G.R. Harris Funeral Homes v. EEOC.

If the Court holds that Title VII does apply in these cases, it would confirm that LGBTQ+ employees, who have historically faced rampant inequality, are entitled to protection against discrimination in the American workplace. However, there is a very real risk that the pro-LGBTQ+ equality trend at the Court in recent years will abruptly and aggressively reverse course. During the pendency of this case, the government dramatically flipped from its position that discrimination against LGBTQ+ workers is prohibited sex discrimination. This is a view that was jointly shared by the Obama-era Equal Employment Opportunity Commission (EEOC), who originated the case against Harris Funeral Homes in 2014, and the U.S. Department of Justice (DOJ). Today, however, the DOJ, who is litigating the matter on behalf of the government, has reversed course, arguing that LGBTQ+ workers are not protected by Title VII. In their nearly 110 pages of briefs, the DOJ and Harris Funeral Homes even wholly avoided using any gendered pronouns to refer to Aimee. This was an intentional and noticeable departure from the choice made by the U.S. Circuit Court of Appeals for the 6th Circuit, who ruled in Aimee’s favor.

It is vital to protect LGBTQ+ employment rights because my experiences of delaying and hiding my transition to preserve my stability are hardly unique. In fact, seventy-seven percent of working transgender people report having taken similar steps to avoid workplace mistreatment. Thirty percent of trans people who held a job within the past year report being fired, denied a promotion, or experiencing some other form of discrimination related to their gender identity or expression (such as being harassed or physically attacked) within the past year alone. Thus, it comes as no surprise that the unemployment rate for transgender people is three times higher than the national average, and nearly a third of my community currently lives in poverty. For transgender people of color and those who are undocumented or have disabilities, the rate of unemployment and economic insecurity skyrockets.

The decisions in the three cases currently before the Supreme Court will determine, at least for the time being, whether the federal government will recognize or reject the dignity of the LGBTQ+ community. Though we certainly do not require legal validation to claim our inherent right to dignity, we desperately need regulation to secure our equitable opportunity to thrive. Without such oversight, many LGBTQ+ Americans, especially those who find themselves at the intersection of multiple marginalized identities, will continue to face the impossible choice of relegating an immutable part of their identity into obscurity or losing their ability to support themselves. Ultimately, what’s at issue before the Court today is essentially whether I have the fundamental right to exist in the public sphere at all.