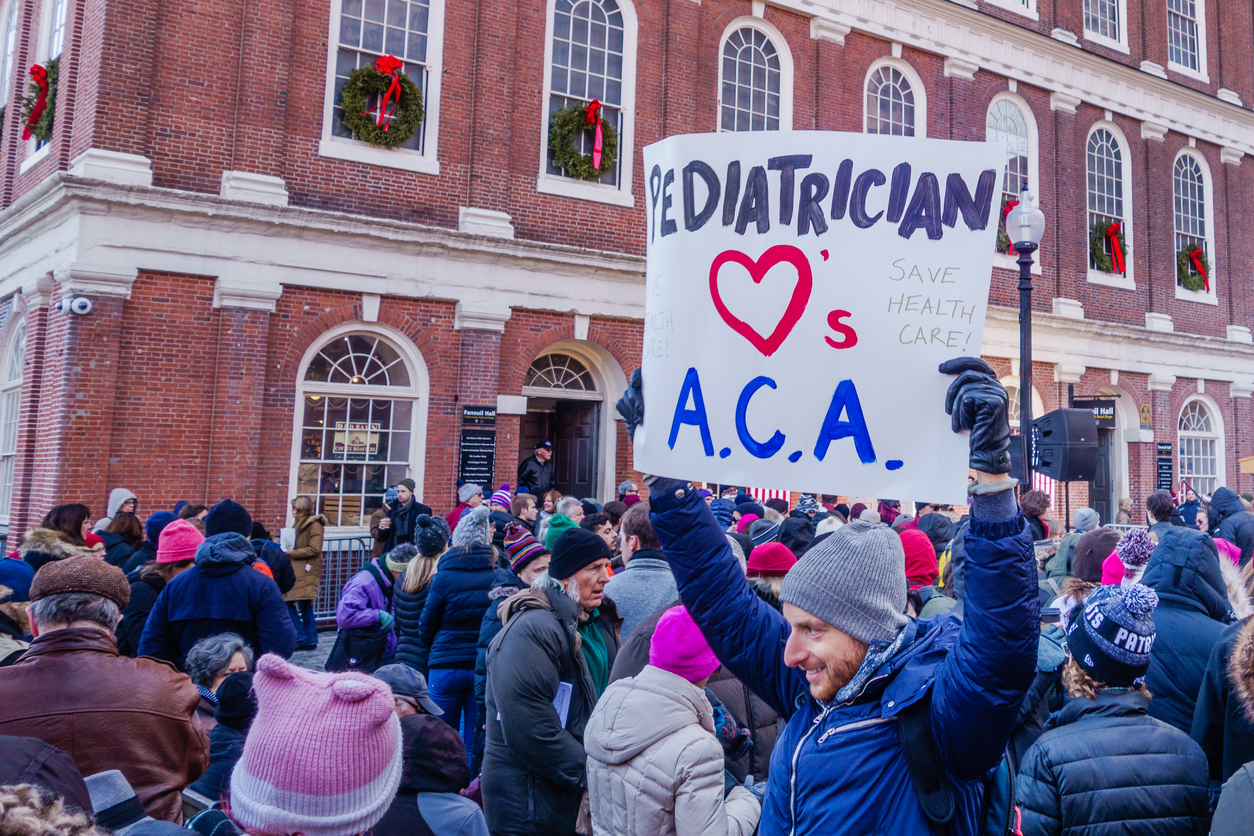 Update: On March 25, the Trump Administration said it supports Judge O'Connor's ruling that the entire Affordable Care Act should be thrown out, signaling a shift in the Justice Department's position on the law's constitutionality.

It turns out people in America think having health insurance is a good thing. That sure has made it difficult for those who want to repeal President Obama’s signature law: the Affordable Care Act.

Most GOP members of Congress and the conservative establishment fought tooth and nail against the ACA’s passage, using virtually every trick in the book—and more than a few lies—to make their case. They failed.

After the ACA passed, the same parties challenged the law all the way up to the Supreme Court. They failed again…twice.

And once President Trump was elected, an all-out repeal effort was launched, only to crash and burn as the American public expressed outrage at the thought of 30 million Americans losing their health insurance.

So, opponents of the ACA had to get creative.

Step number one? Repeal the tax penalty portion of ACA’s individual mandate, the law’s requirement that people have to have insurance. The Supreme Court had previously ruled the mandate constitutional, ruling it a “tax” levied by a Congress acting well within its taxation powers. But just as Congress could enact such a tax, so too could it repeal it. And though the provision was critical to the functioning of the law, it was also less popular, meaning its repeal came with none of the bad PR and public backlash associated with full ACA repeal.

Step two? Launch yet another court challenge to the ACA. With the tax penalty repealed, ACA opponents could now make the argument that the mandate no longer fell within Congress’ powers of taxation and was thus unconstitutional. A highly flawed legal argument to be sure, but not one that conservatives obsessed with the law's repeal would refrain from making. They’d just need the right audience.

Which leads us to step three: Find a sympathetic conservative judge hostile to the ACA. Enter U.S. District Judge Reed O’Connor, an appointee of President George W. Bush with a reputation for issuing nationwide injunctions against progressive policies, who was only too happy to issue such a ruling.

Learn more about how President Trump and Senate allies are pushing the judiciary further to the right.

Judge O’Connor ruled as ACA opponents long-wished. He declared the mandate---and subsequently the entire law—unconstitutional. But, the tortured reasoning behind his ruling has been widely criticized by experts from all ends of the political spectrum. To strike down the entire law, O’Connor had to determine that, without the mandate, the rest of the law too must fall, that the mandate was not “severable” in legal parlance. But generally, in cases like this, a court only invalidates the part of a law that violates the Constitution and leaves the rest as is. To reach his conclusion, Judge O’Connor had to determine, on his own, that Congress intended the law to be invalid if this one provision—the individual mandate—was invalid, a preposterous notion requiring a truly warped reading of the congressional record coupled with a hefty dose of arrogant judicial activism.

But that’s exactly what the ACA’s opponents wanted when they sought to bring this case before Judge O’Connor. Because they know what the progressive community too often forgets: judges matter.

The entire nation turns its attention to the judiciary when there is a vacancy on the Supreme Court. Nominees to the circuit courts rarely draw attention; controversial District Court judges like O’Connor even less so. But these are the judges that are making decisions every day that affect the rights and freedoms of millions. Judge O’Connor’s ruling has cast a cloud of confusion over this nation’s health care system.

Since President Trump took office, the GOP Congress has been racing at breakneck speed to jam conservative judges on the courts. And not just the Supreme Court. Circuit courts and District Courts like O’Connor’s too. It’s a concerted years-long effort to use the courts to accomplish judicially that which they have been unable to accomplish legislatively. In this case, it was repeal of the ACA; what’s next?

Judge O’Connor’s ruling may have been legally flawed. It may even be overturned on appeal. But it was not an outlier. It was the culmination of an ongoing strategy to use the judiciary as a tool for reshaping our society in the conservative mold. And until the progressive community realizes that judges do indeed matter—and starts voting accordingly—we can only expect more of the same.