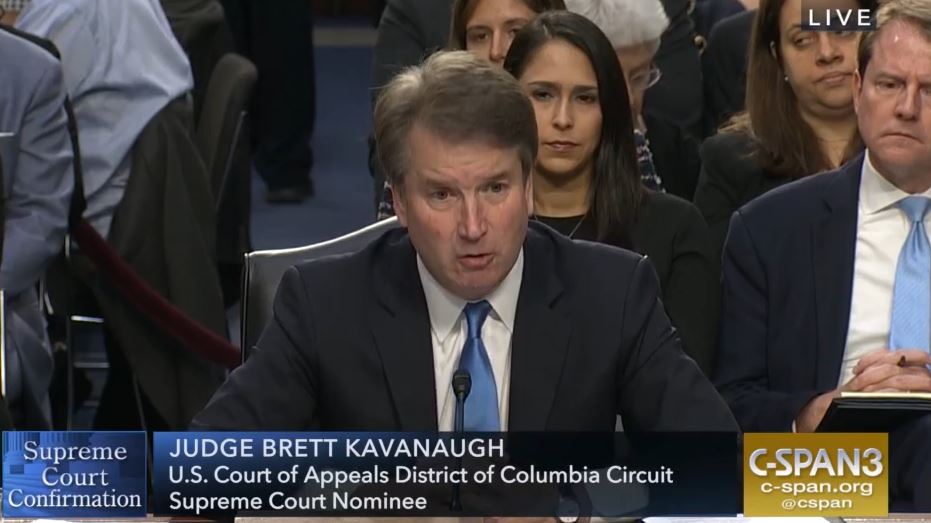 The first two days of the hearings on Judge Brett Kavanaugh’s nomination to the Supreme Court are over. Based on the parts I’ve been able to watch or listen to, and the commentary and reporting I’ve seen, three things stand out for me:

The missing and “committee confidential” documents are a very big deal. Democrats began the hearings yesterday with a coordinated and angry effort to expose the lack of transparency with respect to the documents produced – the lack of documents from Kavanaugh’s time in the White House, the Trump Administration’s claim of executive privilege over more than 100,000 documents, and the “committee confidential” designation on thousands of pages, thus precluding the senators from asking about them publicly. Here are four reasons that I am increasingly troubled:

Kavanaugh’s statements both in and about his opinion in Garza v. Hargan, involving the undocumented teenager who sought an abortion, are frankly dishonest. (Reminder about the facts: the teenager, Jane Doe, discovered she was pregnant after arriving in this country. As an undocumented minor, she was in the custody of the Department of Health and Human Services’ Office of Refugee Resettlement (ORR). Although she had third parties willing and able to transport her to all the medical appointments and to pay for the procedures, ORR refused to allow her to leave the facility she was staying in to get the abortion.)

Kavanaugh’s views about unenumerated rights, like the right to privacy, are very crabbed. At the end of the day, Senator Kamala Harris asked Kavanaugh about Griswold and Eisenstadt. (Griswold struck down a law precluding married couples from using contraception; Eisenstadt extended the holding to unmarried people.) Kavanaugh’s answer was very troubling. He said that he agreed with Justice White’s concurrence in Griswold because it was rooted in a line of cases having to do with family autonomy. And in Eisenstadt, White declined to reach the question of unmarried individuals’ access to contraception. I hope that there will be some follow-up questions on this today.

Judge Kavanaugh did one important and good thing yesterday. He unequivocally embraced Brown v. Board of Education. To be honest, it is depressing to have to praise that embrace. But after Justice Gorsuch’s squirming on the question of Brown and Trump district court nominee Wendy Vitter’s absolute refusal to say whether it was rightly decided, Kavanaugh’s rejection of Jim Crow was a relief.