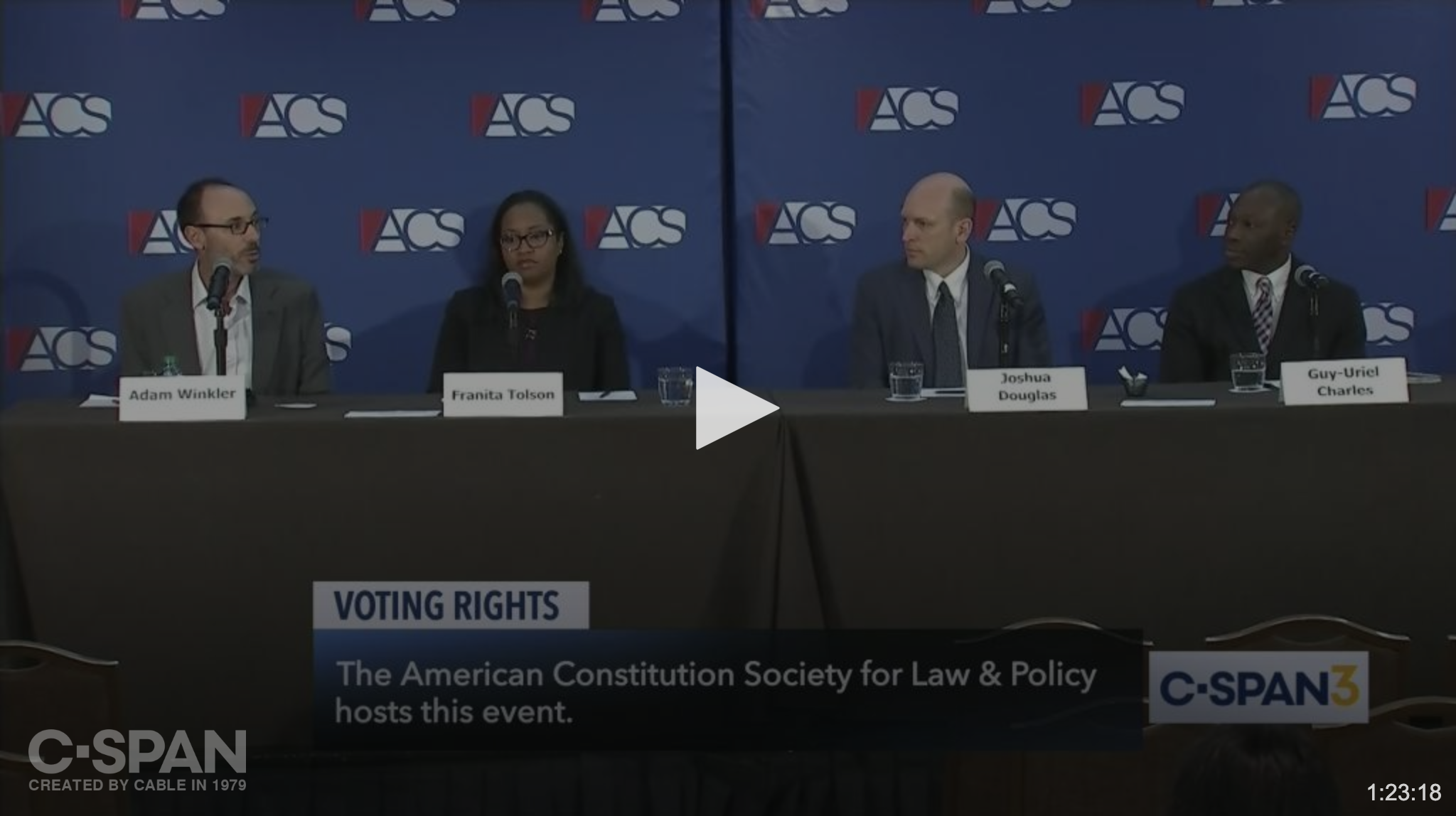 Since 2010, 25 states have enacted laws restricting the right to vote, yet in 2013 the Supreme Court gutted the Voting Rights Act citing federalism concerns. As we enter an election year, many advocates have turned to local and state jurisdictions to protect and expand access to the ballot box.

At the AALS conference in January, ACS hosted a panel discussion exploring these issues.

Joshua A. Douglas, University of Kentucky College of Law 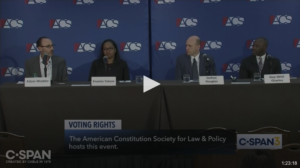 Panelists discussed questions, including: Will a focus on innovation at the state or local level strengthen voting rights or create an even greater disparity between red-state and blue-state voters’ ability to cast a ballot? Are there underutilized federal tools, such as the Elections Clause, that could better protect the right to vote? Will “faithless elector” litigation offer a path forward to reforming the undemocratic Electoral College? In the end, how can Democracy and Federalism co-exist synergistically? Or must one be constrained for the other to flourish?