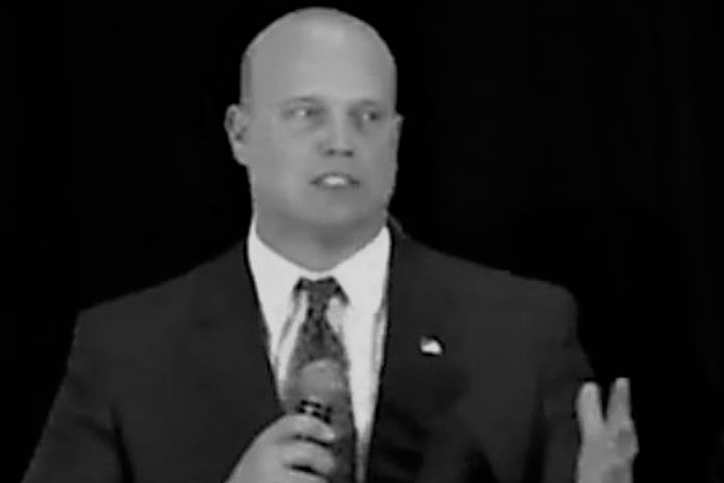 I didn’t think that President Trump could find someone more conservative to be Attorney General than Jeff Sessions, but I was wrong. Acting Attorney General Matthew Whitaker’s beliefs are at the far-right fringes of the Republican party. Thankfully, there is a strong argument made by conservatives such George Conway, Alberto Gonzalez, and John Yoo that the appointment of Whitaker is unconstitutional.

Whitaker’s views on constitutional law are stunning. While running for the Senate in Iowa four years ago (he finished fourth), he was asked what Supreme Court cases were wrongly decided. “There are so many,” he replied. “I would start with the idea of Marbury v. Madison. That’s probably a good place to start and the way it’s looked at the Supreme Court as the final arbiter of constitutional issues. We’ll move forward from there. All New Deal cases that were expansive of the federal government. Those would be bad. Then all the way up to the Affordable Care Act and the individual mandate.”

Also, while running for the Senate, Whitaker said that states did not have to follow federal law and could nullify it if they wished. Whitaker acknowledged that the idea of state nullification of federal law “has been turned down by the courts and our federal government has not recognized it." But Whitaker said that this wrong, “Now we need to remember that the states set up the federal government and not vice versa.” “But do I believe in nullification? I think our founding fathers believed in nullification. There's no doubt about that.”

In just a few sentences, Whitaker rejected foundational constitutional principles that have been followed since the earliest days of American history. Whitaker rejects Marbury v. Madison and the power of courts to review the constitutionality of statutes and executive actions.

He rejects “all” of the New Deal cases. These included decisions upholding Social Security, the federal minimum wage, and federal agencies such as the National Labor Relations Board. These are the cases that provided the basis for federal civil rights laws, such as the Civil Rights Act of 1964, which prohibits race discrimination by hotels and restaurants and forbids employment discrimination based on race, sex, or religion.

But Whitaker goes even further and says that states can nullify federal law because states created the federal government. The Supreme Court expressly rejected this argument in McCulloch v. Maryland in 1819, when Chief Justice John Marshall explained that it was the people, not the states, that created the national government and held that states cannot nullify federal actions.

State nullification is inconsistent with the text of the Constitution, which in Article VI makes clear that the Constitution, and laws and treaties made pursuant to it, are the supreme law of the land. Whitaker embraces a position that has a truly vile pedigree. South Carolina Senator John Calhoun argued that states were sovereign and could interpose their sovereignty to negate federal action to limit slavery. In the 1950s and 1960s, segregationists revived this theory to justify not complying with federal desegregation orders. It was a terrible theory then and it is frightening to have an Attorney General who embraces it.

If this is not enough, Whitaker has taken the position that only Christians should be federal judges. While running for the Senate in Iowa, Whitaker was asked about his criteria for evaluating federal judges. He said, “I’d like to see things like their worldview, what informs them. Are they people of faith? Do they have a biblical view of justice? — which I think is very important.” The moderator asked, “Levitical or New Testament?”  “New Testament,” Whitaker replied. “And what I know is as long as they have that worldview, that they’ll be a good judge. And if they have a secular worldview, then I’m going to be very concerned about how they judge.”  The Constitution specifically prohibits a religious test for public office, but now we have an Acting Attorney General who believes in one.

There are calls for Whitaker to recuse himself from overseeing the Mueller investigation, but Whitaker has given no indication of doing so. There are bipartisan bills pending in Congress to protect Mueller, but it is unclear whether they will pass.

At the same time, many prominent individuals have argued that it is unconstitutional to have an Acting Attorney General who never has been approved by the Senate. Neal Katyal and George Conway argued this in an oped in the New York Times and staunch conservatives such as John Yoo and Alberto Gonzalez have echoed it. Traditionally, a vacancy in the position of Attorney General is filled by an official who has been confirmed by the Senate until the nomination and confirmation of the new Attorney General.

Jeff Sessions did many terrible things as Attorney General. He initiated and defended the policy of separating parents and children at the border. He mandated charging every crime to the maximum. He withheld federal law enforcement funds from cities that did not cooperate with federal immigration officials, which several federal courts declared unconstitutional. But he did the right thing and recused himself from the Mueller investigation and never interfered.

For that he drew President Trump’s ire and insults and it led to his firing. In Matthew Whitaker, President Trump found someone more extreme than Jeff Sessions. Whitaker is one the most frightening people to occupy the role of Attorney General in American history.

Importance of the Courts, Separation of Powers and Federalism