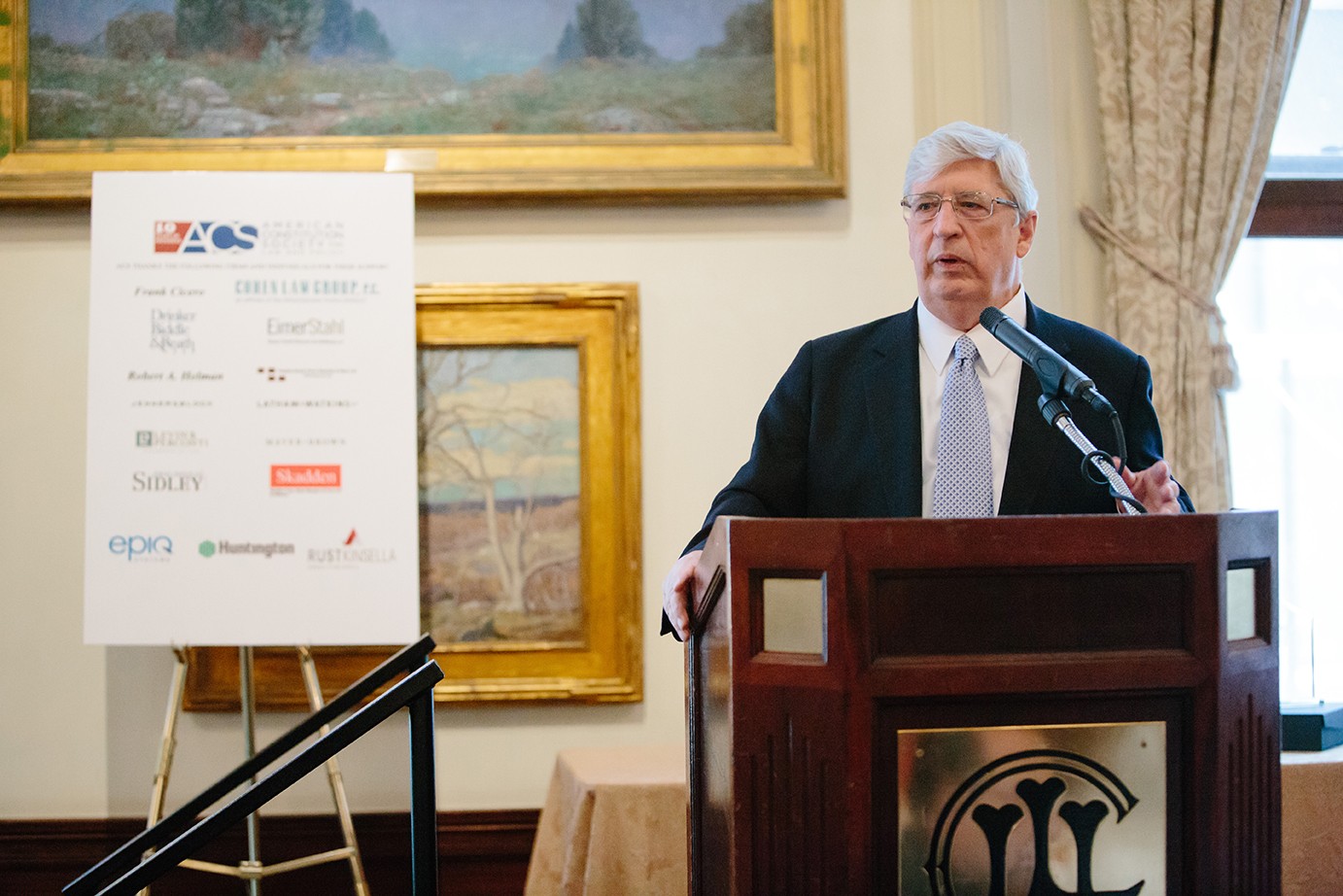 There will be a virtual memorial for Walter Dellinger on Saturday, March 19 at 1:00 p.m. ET. Learn more »

ACS joins others within the legal community and beyond to mourn the monumental loss of the late Walter Dellinger, who was a friend, a colleague, and a mentor to so many in our network. Walter was a tireless champion for civil rights and the rule of law and inspired generations of lawyers to dedicate their careers to improving the lives of all Americans. Our country is a better place thanks to his selfless leadership and thoughtful legal counsel, including during his tenure as Assistant Attorney General and head of the Office of Legal Counsel and later as acting Solicitor General. ACS was honored to bestow Dellinger with our Lifetime Achievement Award in 2020, and we are grateful for the guidance and leadership he provided as a member of our Board of Advisors. His work and memory will continue to inspire us.

As a tribute to honor Walter's legacy and impact, we have compiled a timeline of memories below. We invite you to share your memories of Walter at the bottom of this page.

The last of Walter's writings was an op-ed for The New York Times entitled, "Yes, the Supreme Court ‘Should Look Like the Country.’" In it, he writes:

This practice of considering prospective justices’ backgrounds and demographic characteristics — engaged in by presidents of both parties over the decades — is not some form of “quota” designed merely to appease political constituencies. Rather, it stems from bedrock principles of democratic governance. After all, the Supreme Court exercises immense power to issue decisions that affect and bind all Americans. For that power to be legitimate, and for Americans to continue placing faith in the court, its members must be representative of all of America. Mr. Biden recognized precisely this point when he explained during his campaign that the Supreme Court “should look like the country.”

Read the entire op-ed on The New York Times website.

Walter Dellinger Throughout the Years

ACS honored Walter Dellinger with the Lifetime Achievement Award at the 2020 National Convention.

Walter joined a panel of fellow legal experts to discuss and offer insights on the then upcoming Supreme Court term at ACS's annual Supreme Court Preview event on September 25, 2019.

Walter visited a local elementary school for Constitution in the Classroom, a nationwide volunteer event ACS assists in coordinating annually on Constitution Day.

Share your memory of Walter Dellinger below, and we will update this page to continue honoring his legacy.