These are top-level, senior positions that include the heads of most major agencies This includes cabinet secretaries, agency leadership at the Deputy Secretary, Under Secretary, and Assistant Secretary levels, the heads of most independent agencies, ambassadors, and U.S. Attorneys. Some positions within the Executive Office of the President, including the director of the Office of Management and Budget, also fall in this category. These positions require a congressional hearing and a confirmation vote in the U.S. Senate.

This category includes hundreds of positions, including most positions within the Executive Office of the President. These includes most senior White House aides and advisors as well as their deputies and key assistants. These appointments do not require a Senate hearing or vote.

Members of the SES serve in key positions just below the top presidential appointees. Designed to be a corps of executives charged with running the federal government, these positions include senior management positions within most federal agencies and serve as the major link between top political appointees and the rest of the federal workforce. While the SES largely consists of career officials, up to 10%, or (as of 2016) 680 positions, can be political appointees. Unlike the presidential appointments, the non-career SES appointments tend to be made within each agency and then approved by the Office of Personnel Management and the Presidential Personnel Office.

These positions consist of political appointees in policymaking positions or positions that require a close working relationship with the incumbent officeholder or key political officials. Schedule C positions may be designated by the Office of Personnel Management or the Executive Office of the President at the request of an agency. 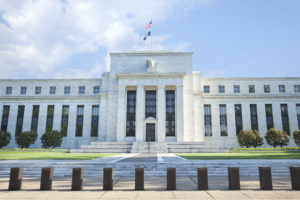 The United States Government Policy and Supporting Positions, or Plum Book, is used to identify presidentially appointed positions within the federal government. The 2016 Plum Book is available here and some updated information for a 2020 Plum Book is available here. It lists the over 9,000 potential civil service leadership and support positions in the Legislative and Executive branches of the federal government that may be subject to political appointments.

Published every four years after a presidential election, the Plum Book is best thought of as a snapshot of presidentially appointed positions within the federal government at the time of publishing. Making sense of a long list of job titles without descriptions can be challenging. Furthermore, changes at the SES and Schedule C levels are relatively common.

Here are a few tips for lawyers to understand the Plum Book, which is critical to the presidential appointments process.

ACS is building a database of talented lawyers who have demonstrated a commitment to ACS’s mission of protecting our democracy and the public interest and for improving people’s lives.

Click here to submit your materials for the database.