Your Challenge: Address to the National Student Leaders of the American Constitution Society 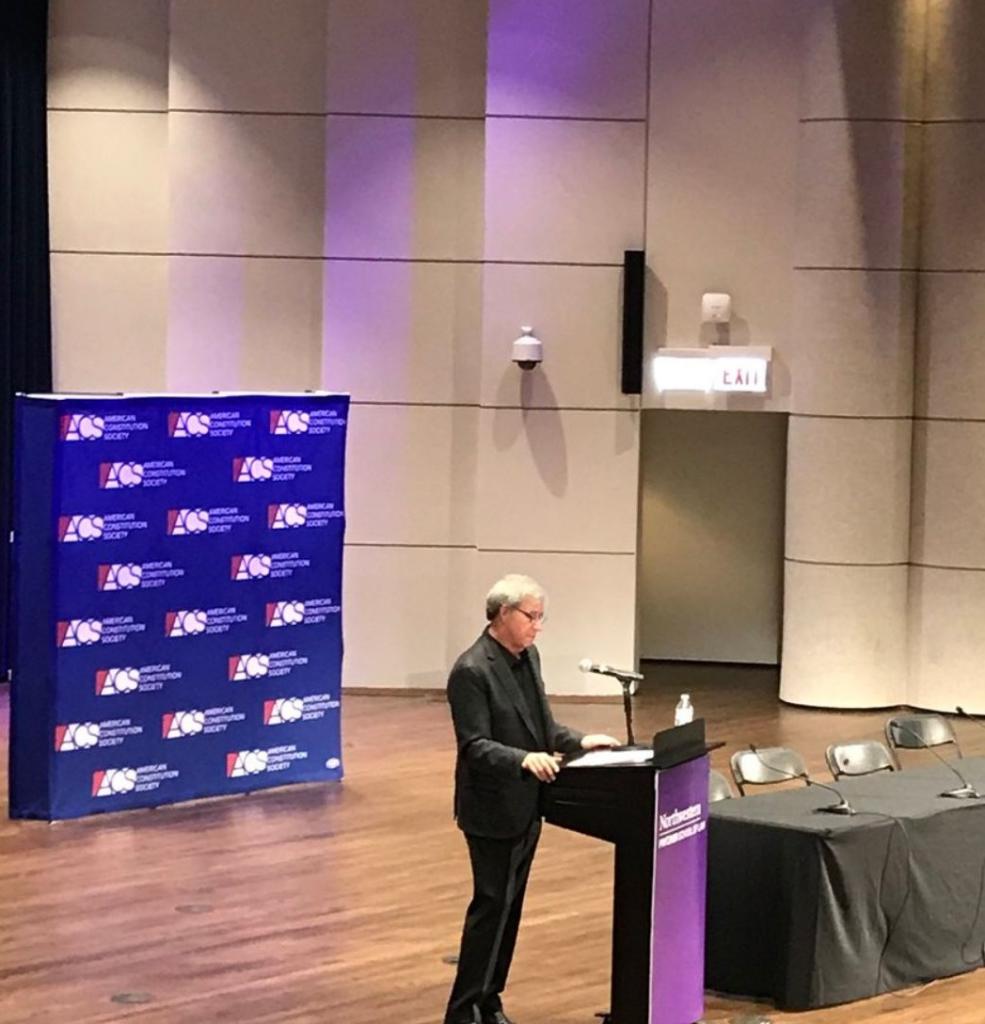 The American Constitution Society was founded in 2001 to “promote the vitality of the U.S. Constitution and the fundamental values it expresses: individual rights and liberties, equality, access to justice, democracy, and the rule of law.” ACS is committed to the proposition that law should be a force to improve the lives of all people.

ACS seeks to bring about change by shaping the debate on important legal and constitutional issues by developing and promoting high-impact ideas; by building networks of lawyers, law students, judges, and policymakers dedicated to those ideas; and by countering the conservative legal movement that for the past half-century has aggressively sought to erode our nation’s enduring constitutional values.

To achieve these goals, ACS has established lawyer chapters in more than forty cities across the nation and student chapters in two hundred law schools. It has created on-going programs to address such issues as access to justice, democracy and voting, constitutional interpretation, judicial nominations, and equality and personal liberty, to name just a few.

Our nation’s need for the American Constitution Society is more compelling today than at any time since its founding. Our democracy today is in serious peril. The threats are everywhere, they are evident, and they are dire. They are evident in the corrupting and distorting role of money in our political process, in the Republicans’ unprecedented use of political gerrymandering to distort our representative democracy, in the Supreme Court’s evisceration of the Voting Rights Act, in the Court’s perverse understanding of the Second Amendment, in the impact of social media and the polarization of American democracy, in the mass incarceration of African-Americans, in the persistent attacks on the rights of women, immigrants, gays, lesbians, and transgender persons, in the corruption of congressional norms with the Republicans’ unprecedented abuse of the filibuster and unconscionable refusal to confirm Merrick Garland to the Supreme Court, and on and on and on. In this world of Donald Trump, Jeff Sessions, Neil Gorsuch, and Mitch McConnell, our nation needs the American Constitution Society today more than ever. ACS stands on the right side of history, and it deserves and needs your support.

By saying all this, I do not mean to create despair, but determination. Our nation has been through challenging periods in the past. During World War I, for example, the government imprisoned more than two thousand people for their criticism of the war and the draft, during World War II we interned more than 120,000 individuals of Japanese descent – more than two-thirds of whom were American citizens, and during the Age of McCarthy our nation at the state, local, and federal levels persecuted and prosecuted thousands of individuals during a vitriolic anti-Communist campaign that challenged the very premises of our democracy. In short, we have been here before, and although each time is different, with courage, determination, and conviction, we can – once again -- win back our democracy.

I arrived in law school as a student in September of 1968. This was the heyday of the Warren Court. In the prior fourteen years, the Supreme Court had declared racial segregation unconstitutional, held for the first time that wiretapping is a “search” within the meaning of the Fourth Amendment, revolutionized American democracy by recognizing the principle of “one person/one vote” and holding that the right to vote is a fundamental constitutional freedom, overruled prior decisions holding that individuals could be criminally prosecuted for criticizing the government, held unconstitutional laws that required prayer in public schools and that forbade blacks and whites from marrying, adopted the exclusionary rule for violations of the Fourth Amendment, guaranteed criminal defendants a right to counsel, required Miranda warnings to ensure that confessions were not coerced, and on and on and on.

It was a heady and exciting time. It was a time when the Supreme Court was a vital force in our nation for justice, for equality, and for democracy. It was a time when the Supreme Court deeply understood and reflected the most fundamental responsibility of the judiciary in our constitutional system – to protect the rights of the oppressed and the disadvantaged against majoritarian hostility and indifference, and to protect our democracy against majoritarian manipulation, abuse, and distortion. Moreover, in that same spirit, Congress had recently enacted the Civil Rights Act, which forbade discrimination even by private entities, and the Voting Rights Act, which was designed effectively to forbid discrimination in elections. When I entered law school half-a-century ago, it was in the heyday of the Warren Court, the sexual revolution, and civil rights movement, and the beginning of the women’s rights movement. It was a heady time, indeed.

Even then, though, the bitter conflicts over the Vietnam War divided the nation as tens of thousands of Americans died each year in a conflict that most people entering law school thought to be perverse, illegitimate, and immoral, the 1968 Democratic Convention in Chicago revealed just how ugly the nation’s divisions had become, and the brutal assassinations of Martin Luther King, Jr. and Robert F. Kennedy tore the very soul out of many hopeful Americans. It was a moment of both extraordinary progress and profound frustration, a moment of bitter division throughout our society, and a time of anger, sorrow, and dismay.

And then Richard Nixon was elected president. Within two years, he had totally transformed the Supreme Court. The Warren Court – that bastion of justice, equality, and liberty – was no more. It was now replaced by the Burger Court, with four conservative justices newly appointed by Richard Nixon. For those of us in law school at the time, it was, truly, a moment of despair.

And then it got worse, for in the half-century since 1968, Republican presidents have appointed twelve of the sixteen justices to the Supreme Court, and for fifty years now there has never been a majority of justices appointed by Democratic presidents. The consequences of this transformation have been dramatic for the nation. On issues like campaign finance, gerrymandering, voting rights, gun control, the rights of labor unions, and a host of other issues, the ever-more conservative justices of the Supreme Court – shifting from justices like Blackmun, Powell, Stevens, O’Connor and Souter to justices like Scalia, Thomas, Roberts, Alito, and Gorsuch – have moved the Court in an ever-more aggressively conservative direction. Instead of pursing the fundamental constitutional values of equality, justice, and electoral integrity, these ever-more extreme justices have embraced a form of unprincipled conservative judicial activism that finds support neither in precedent, nor in the traditional conservative call for judicial restraint, nor in so-called “originalism,” nor in any principled justification for judicial review.

And this, you will do. It was will take time, it will take courage, it will take determination, but I am confident that when you look back at this moment fifty years from now, you will say – “I helped get us here.” “Here” will not be perfection, but it will be progress. And as you work for that goal, ACS will be there to support, encourage, and guide you. As former judge and founding member of ACS Abner J. Mikva once observed, “ACS’s goals are ambitious, but they are attainable. . . . Our work is just beginning. Don’t just stand there – join us.”