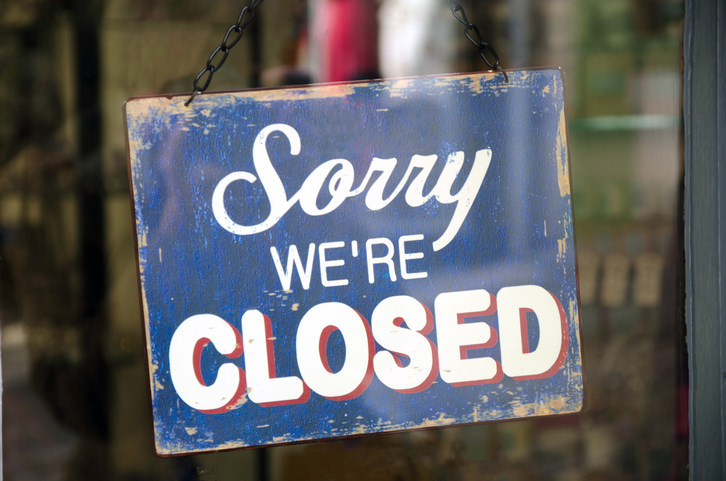 When a new pope is selected by the assemblage of cardinals at the Vatican, the papal conclave releases white smoke into the sky. There are no smoke signals at the U.S. Supreme Court, but if one had a good sense of smell on Monday, the scent of cake appeared to be wafting from the neoclassical edifice at 1 First Street. The Supreme Court rejected two petitions challenging the 5th U.S. Circuit Court of Appeals’ upholding of a Mississippi law that permits businesses, religious organizations and government employees (as well as other organizations and individuals) to refuse service to gay people, to people who identify with a gender other than that with which they were born, as well as people of any gender who have sexual relations outside of marriage. Barber v. Bryant, 17-547 and Campaign for Southern Equality v.  Bryant, 17-642.

The cert petitions were filed last fall after the 5th Circuit Court of Appeals invalidated a district court’s preliminary injunction. In issuing the injunction, District Judge Carlton W. Reeves said the law was Mississippi’s “attempt to put LGBT citizens back in their place after the Obergefell decision.” The 5th Circuit lifted the injunction and denied en banc review, all on “standing” grounds, specifically that plaintiffs had not demonstrated that any harm had been caused by the law.

This freedom to discriminate law, passed by the Mississippi Legislature in 2016 as H.B. 1523, has the less-than-eponymous-mouthful of a name, the Protecting Freedom of Conscience from Government Discrimination Act. It prevents those in the private or public sector, as well as in religious organizations, from being censured or punished by the state for actions based on sincerely held religious beliefs and moral convictions. The law defines the protected beliefs as follows: “(a) Marriage is or should be recognized as the union of one man and one woman; (b) Sexual relations are properly reserved to such a marriage; and (c) Male (man) or female (woman) refer to an individual’s immutable biological sex as objectively determined by anatomy and genetics at time of birth.”

The act permits organizations with religious beliefs concerning marriage, sexual relations and gender identify, to deny people jobs, housing and services and specifically permits individuals with such religious beliefs who work in the medical field to deny a patient gender reassignment surgery, counseling or fertility services. It also permits state functionaries to opt out of issuing same-sex wedding licenses.

Additionally, the law makes clear that if a person, in the exercise of those religious views, loses their job or is denied some state benefit, then that person is a victim of discrimination and is permitted to recover damages from the government as compensation for the violation of religious freedom injuries.

The Mississippi law even has a specific provision which permits a religious believer to decline to provide wedding or “solemnization” event services to same-sex couples to include “photography, poetry, videography, disc-jockey services, wedding planning” as well as wedding invitations, floral arrangements, dress making, venue rental, limousine rentals, jewelry sales, as well as “cake or pastry artistry.”

This means that had Masterpiece Cakeshop baker Jack Phillips established his bakery in Mississippi instead of a Denver suburb, he could refuse to make a wedding reception cake for any same-sex couple.

Masterpiece Cakeshop v. Colorado Civil Rights Commission, 16-111. And had there been an Anti-Discrimination Commission in Mississippi which censured the baker for his refusal to serve the gay couple, the baker could seek to collect damages from the State to include compensatory losses as well as attorney fees and costs.

It takes four justices to decide to take a case, and the Supreme Court gave no explanation for its refusal to hear the Mississippi cases. The court heard argument in Masterpiece Cake in December, during which the baker’s lawyer as well as U.S. Solicitor General Noel Francisco took the position that Colorado’s antidiscrimination law violated the baker’s religious convictions as protected by the Free exercise and Free speech clauses of the First Amendment to the U.S. Constitution. During the proceeding, Justice Anthony Kennedy, a devout Catholic and an established free-speech proponent, seemed to sympathize with the baker’s plight, and even “dressed down” Colorado’s lawyer for a “lack of tolerance” exhibited by the Colorado civil rights commissioner’s commentary on the baker’s “sincerely-held” beliefs. But four of the justices hearing the Masterpiece oral argument were not biting.

Justice Ruth Bader Ginsburg, spent time discussing the differences between custom-made cakes — which the baker’s lawyer and the United States’ lawyer said were constitutionally protected under the First Amendment — and “off the shelf/already-made” cakes which (at argument) the baker’s lawyer said were not constitutionally protected.

Justice Sonia Sotomayor riffed on the beauty of food and that the intent of the food-maker was to create something appetizing. She gave an example of the smashed cupcake in a box often being passed up for the more delectable, more beautifully shaped cupcake. She queried the baker’s lawyer to address if ever constitutional protection had been given to food that is purposefully made to look inviting and the primary purpose of which is to be eaten. (The lawyer had no satisfying answer.)

Justice Stephen Breyer asked whether a “fabulous mole” made for people at a restaurant table would be constitutionally protected, or whether First Amendment protection could be granted to made-to-order barbeque. He asked the baker’s lawyer to come up with “some kind of distinction that will not undermine every civil rights law” which has served to protect African-Americans and Hispanics and others discriminated against in trying to attain the basic needs of life to include food and housing. He was troubled by the baker’s lawyer’s inability to propose a narrow rule that would not swallow up the exception.

Justice Elena Kagan was also insistent on where one would draw the line and how could a cake be protected speech because it involves great skill and artistry, and would that apply to the chef of a masterful meal or even to the “the tailor who makes a wonderful suit of clothes”?

Surely those four could have caused certiorari to be taken on the Mississippi petitions. They did not.

Why? Maybe it was standing. Or perhaps the court wants to issue a Masterpiece opinion based solely on

Whatever the reason, it is a lost opportunity to kabash the forces of hate and intolerance. One cannot read Mississippi’s nine-page “anti-discrimination” law without seeing the obvious; it endorses a negative view of LGBT people as well as those who engage in sexual relations not “properly reserved” to marriage. The decision to decline this case does not bode well for the cause of true anti-discrimination.

Attorney Roberta Kaplan, who successfully represented Edie Windsor in United States v. Windsor, 133 S. Ct 2675 (2013), in which the Defense of Marriage Act was held to be unconstitutional, filed one of the lawsuits in Mississippi. After Monday’s decision by the Supreme Court, Kaplan, on behalf of the Campaign for Southern Equality, expressed disappointment that the court declined to step in to help those in Mississippi. She made a point to stress that 5th Circuit’s decision was based on standing, and that she and other lawyers like her will defend Mississippians who are discriminated against on religious grounds. “The fight against H.B. 1523 is not over.”

During the Masterpiece oral argument Justice Kennedy seemed taken a back by the idea that religion can be used to justify discrimination. The justice insisted that the lawyer for Colorado “walk back” the statement by a Colorado commissioner that “freedom of religion” is used in such a way. Colorado’s lawyer did not stand firm; the lawyer did not give examples from history (e.g., Northern Ireland, the Holocaust, and the Mideast) where religion has been used to do or justify such harm. The lawyer wilted.

Now, because of the cert denial in the Mississippi cases, the freedom to discriminate law is firmly in place in that state. Justice Kennedy, we will wait to see whether “freedom of religion” is used to discriminate. This means that Mississippians who are denied birth control because they are unmarried, denied medical counseling because they are transgender, or placed in the “slow lane” for same-sex wedding licenses, can take a page from Hollywood’s “me too movement” and tell their stories — not just to the Fourth Estate but to the lawyers.

It’s unlikely that any further legal action will occur in Mississippi before the Supreme Court rules on Masterpiece by June. But after that, at least by then, we’ll know where we can (and cannot) buy cake.