Why Chief Justice Roberts Should Retire 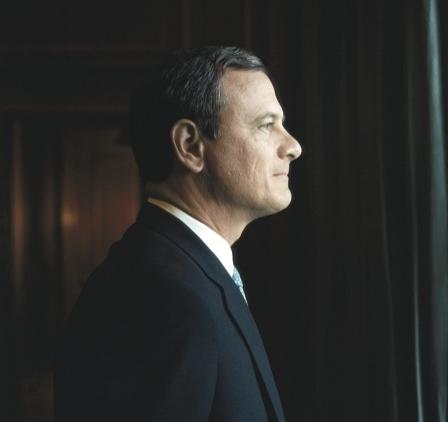 At this moment of national focus on Supreme Court personnel, President Biden’s nomination of a successor to Justice Breyer should not be our only concern. Chief Justice John Roberts has served under four Presidents, over a period of 17 years, close to the term sometimes suggested as a limit of service. For the good of the country and the Court, he should retire, effective in June 2022.

As Chief Justice, Roberts gets to assign the opinion, but only when he votes with the majority. When Amy Coney Barrett replaced the late Justice Ginsburg in October, 2020, Roberts lost control of the majority of the Court. Prior to that time, the Court had been split 5-4 between Republican and Democratic appointees. Roberts could effectively exercise control both by voting with the majority, and shaping its opinion. Those moves typically led him to side with the other Republicans, but he sometimes attracted votes from the Democrats, frequently by finding moderate grounds of decision. And in the crucial decision upholding the Affordable Care Act, Roberts famously joined only with the four Democrats.

Once the Senate confirmed Barrett, however, the Court included five Justices to the Chief’s right -- Justices Alito, Barrett, Gorsuch, Kavanaugh, and Thomas. They no longer need his vote to decide cases and to write majority opinions. Repeatedly, and with increasing frequency, these radical Justices have ignored Roberts’ views, running roughshod over procedural norms and well-established substantive principles. The most recent episode occurred on Monday, February 7, when five Justices blocked a lower court order that required Alabama to redraw its congressional district maps so as to permit fair minority representation. The decision occurred in the Court’s emergency docket, without oral argument or written opinion, and over Roberts’ objection. This travesty, widely condemned, tracked similar Court behavior with the Texas vigilante abortion law, and with orders in New York State that limited congregating in houses of worship during the pre-vaccination phase of the Covid-19 pandemic. In all these settings, the radicals ignored the governing law, which the lower courts had applied correctly, and abruptly imposed their will. Roberts disapproves of these shenanigans, as he sometimes wrote in his separate opinions, but was powerless to stop them.

On the immediate horizon are additional and permanent changes in the law of abortion, affirmative action, and public school prayer. The Court would never have accepted these cases for review if the radicals were not confident of the five votes, exclusive of Roberts, for their preferred outcome. They now set the agenda.

Roberts appears to care deeply about the institutional respect, fast fading, that the Supreme Court holds in our system of government. He has only one, powerful course of action left open to him. As Jeremy Stahl of Slate argued back in December, immediately after the Court refused to intervene in the Texas abortion controversy, Roberts’ best move is to step down. The case for that decision has only grown stronger in the intervening two months, in light of the emergency docket rulings and the new, aggressive grants of certiorari.

Roberts should announce his retirement, effective at Term’s end in June 2022. His retirement would permit President Biden to select a new Chief Justice, either from the existing Court or from the outside, as Roberts himself was selected. His retirement would return the Court to a 5-4 split, Republicans over Democrats, just as it was on the eve of Antonin Scalia’s death in February 2016.

Roberts’ retirement would represent a striking symbol of good faith after the two egregious Republican power grabs – one in early 2016, when Republicans blocked the Obama nomination of Merrick Garland; the other in 2020, when Republicans rushed the appointment of Amy Coney Barrett on the eve of the election. Roberts knows that following normal protocols would have produced Democratic appointees in both those cases. Justices Gorsuch and Barrett are the direct beneficiaries of the usurpations, and Justice Kavanaugh the indirect beneficiary (because Gorsuch probably would have filled Kennedy’s seat in 2018), but none of them have shown any sign of an inner compass that would lead them to resign. Only Chief Justice Roberts has the combination of longevity and integrity that might lead him to do the right thing.

A Roberts retirement would still leave the radicals with a 5-4 majority. But one or more of them might be tempted to defect occasionally, especially if Roberts publicly explained his departure and was lionized in the legal community for it. A new Chief Justice could exercise influence with others, in particular with respect to ethical violations, that Roberts has been unwilling to wield. And the oldest Justices would be Alito and Thomas, so the healthy possibility of see-saw control of the Court would be back in play, probably for many years.

Cynics will scoff at this proposal. Why would anyone in good health and in his mid-60’s give up the Chief Justiceship of the United States? The best answer is that only a patriot, one who deeply cares for the Court and for our troubled country, would do so. That description fits John Roberts. Packing the Court would be imprudent, but unpacking it in this way would be inspired.