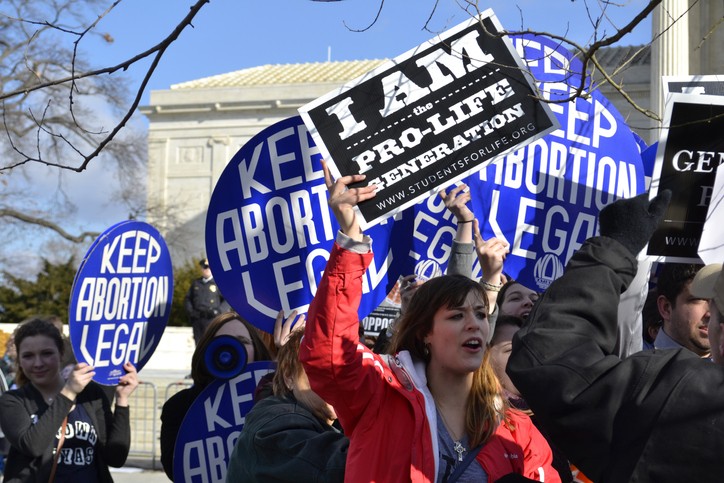 On September 1, Pew Research reported that “Americans’ ratings of the Supreme Court are now as negative as – and more politically polarized than – at any point in more than three decades of polling on the nation’s highest court.” This is not a major surprise after a term in which the Court declared itself an active combatant in almost every front of the culture war: abortion, guns, religious liberty, and, soon, affirmative action. Indeed, as a foreigner who has taught constitutional law in the United States since 2018, I have always been more surprised by the Court’s persistent popularity, especially among progressives.

This puzzlement does not stem from the view that the Court is partisan, but that it is – even at the best of times – fairly conservative. If this analysis is correct, then waning public – and progressive – faith in the Supreme Court shouldn’t be feared, but welcomed as a healthy recognition of reality.

The Myth of the Warren Court

Why have progressives placed so much confidence in an institution that rarely advances their interests? The most obvious answer is a rebuttal: the Court has advanced their interests in the past, but it has been led astray by cynical Republicans who have used every dirty trick in the book to pack it with disciples of the Federalist Society.

Arguments like these usually make some reference to the lost legacy of the “Warren Court,” led by Chief Justice Earl Warren between 1953 and 1969. This Court could boast an extraordinary list of landmark cases, on issues ranging from school desegregation and redistricting to the right to counsel and police interrogations. The Warren Court was, according to the LA Times, “in the vanguard of social change.”

However, many of the Warren Court’s landmark cases nudged along or ratified social change that was already in motion. A good example is Gideon v. Wainwright (1963), which required all states to provide attorneys for defendants in criminal cases. Gideon handed a rare victory to a poor man who handwrote his petition to the Supreme Court from a miserable Florida prison cell; it also handed journalists and movie-makers the perfect story of an unlikely hero and a progressive Supreme Court dedicated to the principle of equal justice before the law.

Appealing though this story is, it overlooks the fact that Gideon was supported by twenty-three amicus briefs from state attorneys general and that thirty-five states had already guaranteed a right to counsel in all felony cases. Florida was an outlier and the Court was dragging it into line with prevailing national standards.

The Court was doing the same to the Old South in Brown v. Board of Education. Brown carefully avoided making arguments about unequal educational funding, which would have had national consequences, and the Justice Department supported desegregation because overt racial discrimination was embarrassing the United States on the international stage. Despite its caution and conservativism, Brown brutally exposed the limits of the Court’s power, as coordinated Southern resistance effectively nullified the decision until Congress passed the 1964 Civil Rights Act.

Finally, the Warren Court’s so-called “revolution” in criminal procedure was exaggerated by critics and supporters alike. The most controversial decision of this “revolution” was Miranda v. Arizona (1966), which excluded from criminal trials voluntary confessions that were obtained before defendants were informed of their constitutional rights. Miranda was politically explosive in the 1960s – as conservative legislators accused the Warren Court of taking the handcuffs off the criminals and putting them on the police – but police departments across the country soon realized that the post-Miranda world had its perks. Before, the line between a coerced and a voluntary confession was murky; now, it was clarified by the Miranda requirements, which rejected the American Civil Liberties Union’s more forceful call for lawyers to be present during all police interrogations. A conservative Supreme Court reaffirmed Miranda in 2000.

I would not claim that the Warren Court was overrated or that, in Gerald Rosenberg’s words, it provided only a “Hollow Hope” for social change through judicial action. But the Warren Court was wary of moving too far, too fast, and it undoubtedly relied on allies in the elected branches. It shows us what the Court can do as a junior partner in a progressive coalition – not what it can do as final protector of our constitutional rights and liberties.

Roe v. Wade and the Illusion of a Progressive Supreme Court

Still, the Warren Court attracts so much attention from progressives because it was unusually progressive. Prior to this era, it was conventional wisdom on the left that the Court – and indeed the entire federal judiciary – was stubbornly conservative. It had given aid and comfort to the Southern slaveocracy and its remnants before and after the Civil War; it had elevated “liberty of contract” above reasonable workplace regulations in the early 20th Century; and it had obstructed the New Deal in the 1930s.

Since the Warren era, the Court has largely reverted back to this default conservative setting. After its traumatic confrontation with the Roosevelt Administration over the New Deal, it has been squeamish about interfering with Congress’s commerce powers, but it has chipped away at the criminal procedure “revolution,” gutted the Voting Rights Act, and invalidated bipartisan campaign finance legislation.

There were some exceptions to this conservative restoration, usually enabled by the occasional liberalism of Anthony Kennedy. But the biggest exception, by far, was Roe v. Wade, decided four years after Earl Warren’s resignation. Roe, which swept away the abortion laws of almost every state in the union and created a new constitutional right to abortion, became an enduring symbol of the Supreme Court’s progressive potential, even though progressives struggled to defend its original rationale.

Now that Roe is gone, the illusion of a progressive Supreme Court seems to be slipping away, too. Amid all the pain that the end of Roe will cause, the end of this illusion is a positive development. In many areas, progressives have already turned away from the cul-de-sac of the Court and channeled their energy into an impressive variety of popular strategies.

A good example is capital punishment. In 1976, the Supreme Court backed down from a 1972 decision that effectively suspended the death penalty nationwide, and, although the Court remained willing to curb the death penalty in specific cases, the prospect of judicial abolition has been obviously impossible for at least four decades.

However, if anything, the abolition movement has only gained momentum. Last year, Virginia became the twenty-third state to eliminate capital punishment (twenty-six if we count the three – California, Oregon, and Pennsylvania – with moratoriums imposed by their governors). Executions have been in constant decline across the country since the 1990s, and federal executions had effectively ground to a halt until the vicious lame-duck killing spree carried out by the Trump Administration in late 2020 and early 2021.

As New Hampshire representative Renny Cushing recalled in a 2021 interview with the Broken Law podcast, the campaign to abolish the death penalty in his state was long, tiring, and required collaboration with the victims of capital crimes as well as the perpetrators. But, regardless of whether the institutional mechanism is legislative repeal, executive action, or state constitutional amendment, the abolition movement has achieved similar victories all over the country.

Despite the recent success of abortion rights activists in Kansas, it would be naïve to expect a cascade of popular victories for progressives in state politics. We know too well that state legislatures, in particular, can be tough nuts to crack – stubborn, gerrymandered, and unrepresentative. Nevertheless, the history of the death penalty shows that they can, eventually, be moved, while ballot initiatives, state courts, and – yes, let’s not forget – the U.S. Congress offer alternative avenues for advocacy. Finally, the protests against police brutality in the summer of 2020 (not to mention the original civil rights movement) demonstrated how all of these formal institutions could be shaken up (if not instantly reformed) by riskier and more confrontational tactics in the public sphere.

On big constitutional questions – especially abortion – the Supreme Court has now said that “The People,” not the judiciary, should decide. This call may be disingenuous. After all, the Roberts Court has also shown a taste for judicial activism when elected bodies do things that it doesn’t like. But, for now, progressives should call the Court’s bluff and make use of their large toolkit for action at the local, state, and federal levels. Although this won’t build a better society overnight, at least it won’t be a waste of time.

Harry Blain is an Assistant Professor of Political Science at California State University, Sacramento. He has taught undergraduate courses in California and New York on constitutional rights and liberties, separation of powers, the U.S. Congress, social movements, and international security. Follow him on Twitter @HBlain.