Whistleblowers and the Rule of Law 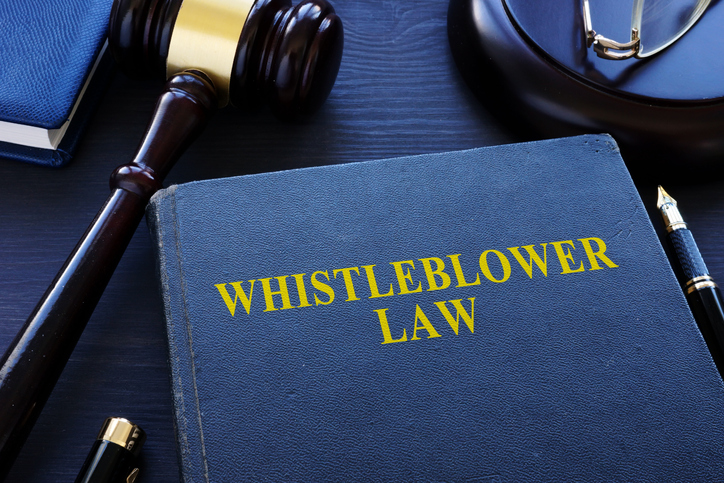 In the United States, law students learn that law is both substance and process. Substance is the proscription or obligation and process is the mechanism for enforcing compliance. Absent a compliance enforcement mechanism, the substance is of no consequence. An unenforced law is tantamount to no law at all.

Americans obsess about the process mechanism’s fairness and enforcement logistics.  Consistent with our entrenched mistrust for government, evidenced by the checks and balances of our three-branch government, we do not leave matters solely in the hands of politicians. Our laws also allow for citizen participation in enforcement. Major pieces of legislation including our civil rights, environmental, antitrust, and housing laws allow individuals to bring suits to enforce law. Not only do citizen suits leverage compliance enforcement, they also ensure compliance when government prosecutors lack the resources or the political motivation to enforce the law.

Our legal history is replete with examples of sweeping reform generated, not only by legislative bodies, but also by individuals and their lawyers making themselves heard through the legal system. Landmark cases including Brown v. Board of Education of Topeka[1], Loving v. Virginia[2], and Cleveland Board of Education v. LaFleur[3] were initiated by individuals and led to the eradication of discriminatory practices. These cases are testaments to the power of one person represented by (at times) overworked and inexperienced lawyers motivated by the fear of failure and the passion to do good.

Our rule of law is special because it provides mechanisms for individuals to effectuate change. Such mechanisms are essential when elected officials fail to act or when the accepted practices of reputable institutions – including large corporations – harm the voiceless. The people who ask hard questions and shed light on impropriety are called “whistleblowers.” A myriad of laws protect whistleblowers from retaliation and some laws – including the qui tam provisions of the federal False Claims Act – reward considerable risk-taking. We owe a debt of gratitude to those who stuck their neck out and blew the whistle; they are responsible for safer products, a healthier environment, and a more trustworthy government.

Now Congress – relying on a confidential report made by a whistleblower to the Office of the Inspector General of the Intelligence Community– is investigating whether the President sought the help of the Ukrainian government to investigate his political opponent, Joe Biden. The process established by the rule of law is now in motion. The inspector general investigated the whistleblower’s concerns and the matter has moved forward to another branch of government for oversight and possible corrective action. This is fully consistent federal law.[4]

For the important role they play, whistleblowers should be considered more American than apple pie. But that is not how they are always treated. Consider President Trump’s tweet from October 9, 2019: “[t]he Whistleblower’s facts have been so incorrect about my no pressure conversation with the Ukrainian President, and now the conflict of interest and involvement with a Democrat Candidate, that he or she should be exposed and questioned properly. This is no Whistleblower...”

President Trump fails to appreciate the process governing whistleblowing, let alone intelligence community whistleblowing. If he wanted to educate himself, he need look no farther than his own appointee’s website. The Office of the Director of National Intelligence website contains this message from Inspector General Michael Atkinson:

“Whistleblowing has a long history in this country. Over 240 years ago, on July 30, 1778, the Continental Congress unanimously enacted the first whistleblower legislation in the United States, proclaiming that "it is the duty of all persons in service of the United States, as well as all other the inhabitants thereof, to give the earliest information to Congress or other proper authority of any misconduct, frauds or misdemeanors committed by any officers or persons in the service of these states, which comes to their knowledge." To this day, Federal law (including the Constitution, rules, and regulations) encourages, consistent with the protection of classified information (including sources and methods of detection of classified information), the honest and good faith reporting of misconduct, fraud, misdemeanors, and other crimes to the appropriate authority at the earliest time possible.”

Consistent with efforts to chill the whistleblowing tradition, the President of United States now demands disclosure of the whistleblower’s identity, an examination under oath, and exposure of biases. Here again, the President fails to appreciate the role of whistleblowers. Sometimes – as is the case here – whistleblowers are merely a catalyst causing regulators or legislators to scrutinize a situation, gather evidence, and judge the facts against the law. The whistleblower may raise an issue based on information that would be inadmissible under the Federal Rules of Evidence. It is the ensuing investigation, document collection, and witness interviews that matter. Afterwards, whistleblower testimony or bias is irrelevant.

By analogy, the whistleblower is no more than a booster rocket propelling the space shuttle into orbit, or in the legal world, a trial. A whistleblower may very well be motivated by bias; perhaps they did not get all the facts right. Yet, what is put before the trier of fact is not necessarily whistleblower testimony, but evidence gathered because a whistleblower caused an investigation.

In the current situation, the whistleblower’s allegations generated enough concern to motivate an investigation of what may be unimpeachable admissible evidence. Whatever the outcome of the Congressional investigation, we will have seen the rule of law at work, with its role for individuals and countervailing branches of government. It is a system where -- on any given day – the nation’s most powerful person can be called to account by an individual who thoughtfully raised questions. For those studying these current events, this is once again a lesson in how individual whistleblowers are essential to our legal tradition.

Importance of the Courts, Separation of Powers and Federalism