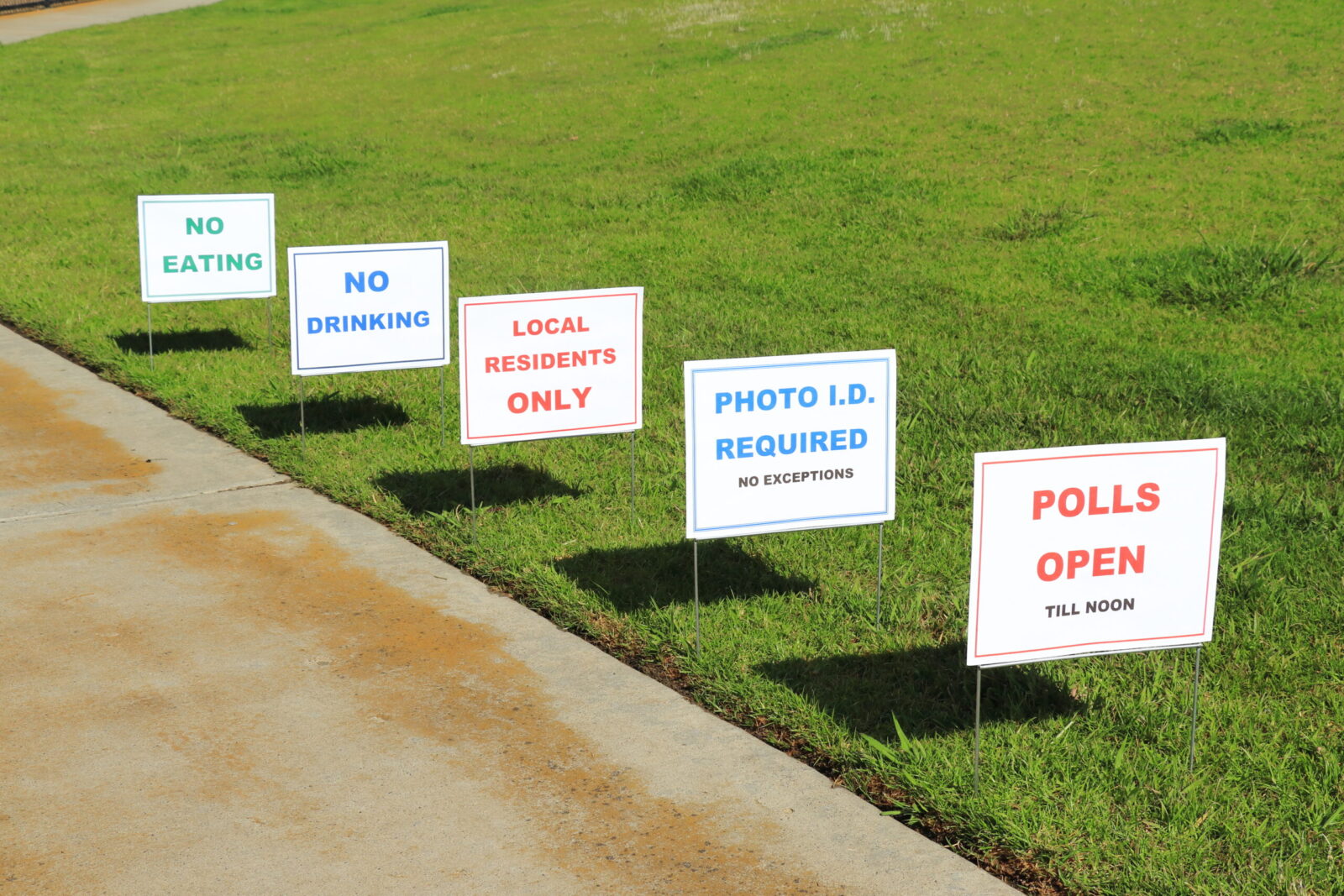 A core principle of the American Constitution Society is that the government is to serve the people, but which people appears to be a subject of debate and controversy. Earlier this month, the U.S. Supreme Court’s recent decision in Merrill v. Milligan amplified the principle that it was inappropriate to make changes to election rules “when an election is pending,” despite the fact that the primary election would not occur for more than 3.5 months, and the general election would be almost 6 months after that. These days, an election is always pending. In 2016, we saw the then-Senate majority leader’s refusal to consider Supreme Court Justice nominees in the spring of an election year, on the grounds that we should “let the people decide” on a replacement after the death of Justice Scalia. In stark contrast of course, the mantra became “the people have decided” in 2020 when that same then-majority leader raced through nomination of Justice Ginsburg’s replacement in the weeks prior to a general election. Which people get to decide? Those who had overwhelming re-elected a President to a second term, or those who were about to throw out a President after one term?

At issue in the Merrill v. Milligan case was a redistricting map, that the District Court ruled violated the Constitution, because it did not provide for two so-called “majority-minority” districts in the state of Alabama, where Black people comprise over 25% of the population, but constituted a majority in only one of the seven districts. The District Court ordered the maps to be re-drawn prior to the primary elections and the Circuit Court agreed. The state sought a stay or injunctive relief to keep their map, and the U.S. Supreme Court granted the stay, thus permitting the state’s map to stand.

Redistricting, sometimes referred to as “gerrymandering” can be used for good and for evil, and some of it can ensure fair and representative districts, so I will refer to negative gerrymandering and positive gerrymandering. People often conflate race and ethnicity with political party. They apply generalizations and stereotypes because statistically speaking, there are larger percentages of people of color in the Democratic party than in the Republican party. As we all know, that does not mean that all people of color are Democrats, or that most white people are Republicans.

The short-term results of affirmative racial gerrymandering helped to make up for past racial discrimination in voting districts, and for the dilution of the voting strength of people of color in many jurisdictions. SCOTUS has explained that whether race is used for racial reasons or for political reasons, strict scrutiny applies and the state needs to have a compelling interest and narrow tailoring. But the long-term effect of using race to form districts, even though constitutionally permissible, means that there is backlash, and like the 14th Amendment, which was specifically adopted to provide equal protection of the laws to freed slaves, and the 15th Amendment, which prevented voting restrictions based on race, color or previous condition of servitude, was twisted to prevent remedial actions that sought to equalize opportunities by providing more to some people, and less to other people.

In order to avoid a claim, states have to show compactness, contiguity and that they are not dividing districts in odd ways. Using geometry and other mathematical principles is a way to check for extreme partisanship as a project in Boston has been doing, using the Markov chain Monte Carlo technique in a Pennsylvania redistricting case. The mathematicians note that the algorithms cannot make the tough choices for us but can “rein in the worst abuses and start to restore trust in the system.”

Putting aside for the moment the question of where--and for whom--one is able to vote, let’s take a moment to go back to “which people,” especially which people will actually vote. Substantial changes in voting registration and access laws across the nation are leading us to a crisis of democracy, all made possible by SCOTUS’ decision in Shelby County.

Voter ID laws are legally permissible according to SCOTUS, as long as they are related to voter qualifications, as there are interests in making sure only eligible voters vote, and vote only once. The legitimacy of government and integrity of the electoral system are important interests justifying some burdens on voters, as is the orderly administration and accurate count of votes. But stringent ID laws are not necessary to safeguard the electoral process, because rarely to do people try to vote if they are not eligible. Onerous voter ID laws violate the Voting Rights Act of 1965, even after Shelby County, if they have the effect of making it more difficult for racial and language minorities to vote.

Since Shelby County eradicated the pre-clearance requirement for any changes to voting policies and practices in covered jurisdictions, many states have enacted new substantive restrictions on voting and many of those involve identification laws. Not all of those states were covered by the pre-Shelby County pre-clearance requirement, but the boldness has expanded. What types of identification issues arise? Some places do not accept passports, some do not accept student IDs, but they (Texas) do accept gun licenses. Some do not accept the federal registration card that members of many Native American tribes are required to carry at all times. Some do not accept EBT food stamp cards.

Access to particular types of identification is an issue that cuts across race and poverty. Those born at home may not have a birth certificate. Applying for one requires an internet connection and some sort of identification to prove who you are (like witnesses/your parents). It costs money. It takes time to get there. And if you do not drive, are disabled, and there is no public transportation, or you have a pre-existing condition and fear COVID-19, then you are out of luck. Some people are not able to get a driver’s license because they only have a P.O. Box, such as unhoused people as well as many Native Americans living on reservations who do not have street addresses.

As long as there is an effective mechanism for checking who is eligible to vote, there is no reason for these increasingly burdensome restrictions on marginalized communities. The ancient Romans, who we credit for our democratic ideals, had no pre-registration. You showed up in the Forum and voted, orally, in the moment. Imagine having that type of engagement! (Now of course they had slaves to do the work, so the citizens could govern, but that’s a blog for another day.)