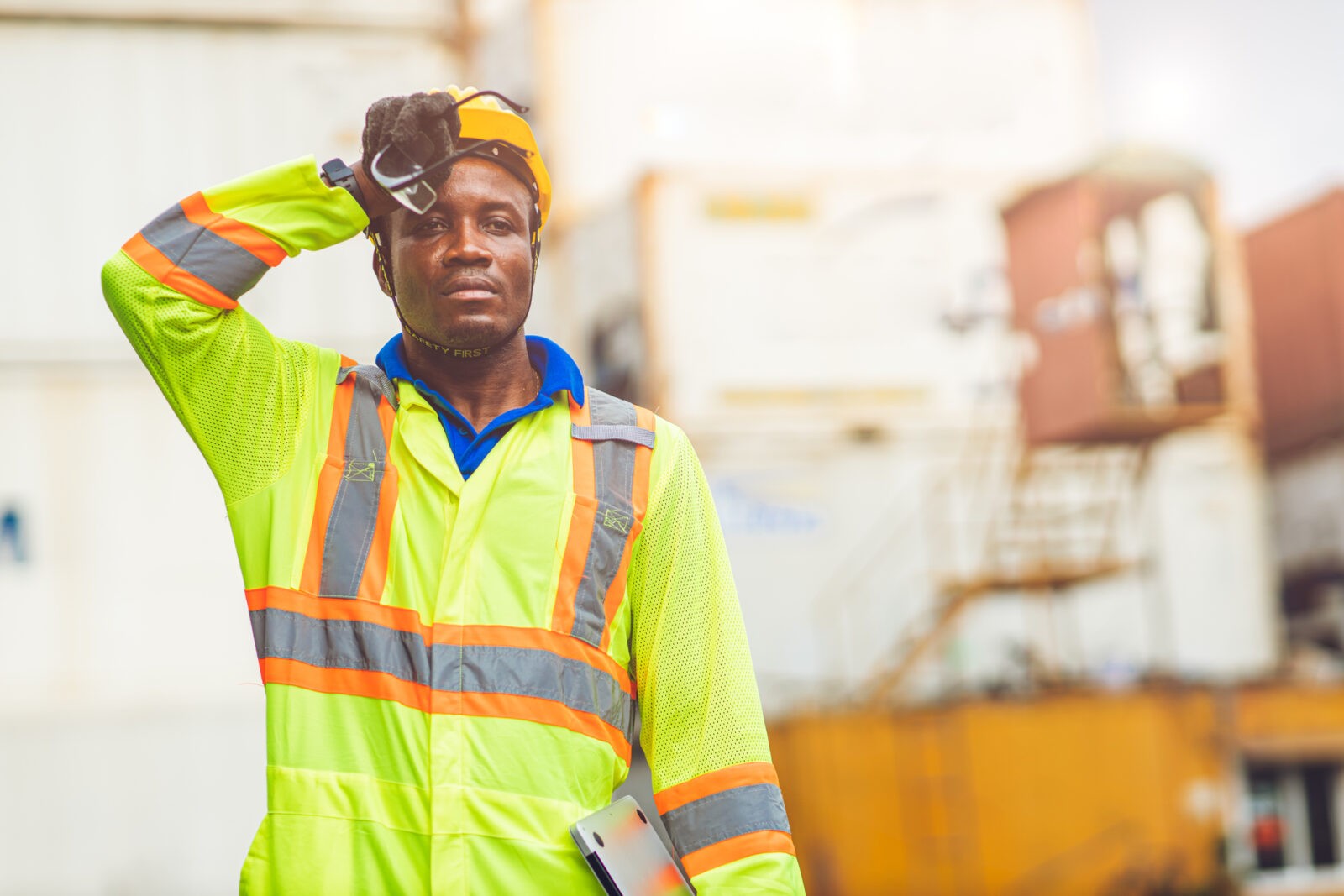 A janitorial company lures low-wage, immigrant workers to become “franchisees,” offering the promise of small business ownership and steady income. An online food delivery company provides a place on the app for customers to tip workers. A training program for jobseekers promises a position at the end of the costly course.

But in reality, the franchisees can barely survive, the company keeps the tips, the training is bogus, and the promised job is nonexistent.

Some public enforcement agencies (and even private lawyers) have recently attacked corporate misconduct of this sort by enforcing laws traditionally used to protect consumers in order to address unfair and deceptive labor market practices that target working people, often immigrants and people of color. More enforcement agencies and lawyers should follow their lead. Public enforcement agencies that focus on enforcing consumer protections, including federal agencies, attorneys general, and state and local consumer offices, should take an expansive view of their mission, and take action to protect worker-consumers in their often-complex relations with large corporations that use abusive and predatory practices.

A few recent cases provide examples of how this can be done.

Last year, District of Columbia Attorney General Karl Racine recovered $2.5 million from DoorDash, including $1.5 million to be distributed to workers. His office had filed a consumer fraud lawsuit against the company based on misrepresentations to consumers about how their tips would be used. DoorDash effectively used consumer tips to satisfy its own promised payments to workers, a practice that was deceptive and misleading to customers, who intended tips to increase worker pay.

Along similar lines, in 2020, the Federal Trade Commission (FTC) announced an eye-popping $61.7 million settlement involving Amazon Flex for its handling of tips meant for delivery drivers. The enforcement theory in this case was also that Amazon was engaging in “unfair or deceptive” practices, this time directed at workers, because of the assurances that Amazon had made to workers that they would receive all their tips.

In the above cases, there was also an argument that the workers were misclassified as “independent contractors” or franchisees, and should have been employees entitled to minimum wage, overtime, and of course, all of their tips. (In fact, enforcement agencies have brought employment law challenges against platform companies: the attorneys general of California and Massachusetts sued Uber and Lyft; the San Francisco and Los Angeles district attorneys sued the platform housecleaning company Handy, and the San Diego City Attorney sued grocery delivery company Instacart.) While use of consumer laws to protect workers does not address misclassification directly, it does allow public enforcement agencies to obtain relatively swift relief for basic consumer protection violations that cause workers substantial harm: DoorDash and Amazon deceived workers and consumers about tips, and National Maintenance Contractors preyed on workers who were also prospective franchise purchasers by convincing them to buy a predatory product.

Another example relates to noncompete agreements. In 2017, the Illinois Attorney General sued a check-cashing company based on its inappropriate use of provisions preventing employees from getting a job with a competitor. These “noncompete” agreements, increasingly used in a wide range of workplaces, have been shown to restrain workers’ job mobility and suppress wages, and many states are now passing laws to prevent their abuse. The Illinois AG’s lawsuit opposed these noncompetes on several grounds, including under consumer fraud laws at the core of the AG office’s enforcement authority. The complaint asserts that by requiring legally unenforceable noncompetes of low-wage workers, who believe the contracts are valid, the company’s conduct violated consumer laws because it was deceptive. (And also, according to the lawsuit, “immoral, unethical, oppressive, and unscrupulous.”) In other words, the employer engaged in unfair and deceptive acts in the marketplace.

This enforcement strategy has several benefits. In many instances, by using consumer protection laws that prohibit “unfair and deceptive acts and practices,” agencies that don’t have explicit authority to enforce labor standards protections nonetheless have a powerful hook to attack corporate efforts to undermine worker power. The FTC doesn’t have jurisdiction to enforce minimum wage laws against Amazon for misclassifying its Flex drivers, but it can protect workers under its general authority to go after corporate fraud.

In these extremely challenging times for workers, with stagnant wages, routine retaliation for union organizing, inadequate enforcement resources, and the terrifying threat of workplace exposure to COVID-19, our country’s workers need all the champions they can get. And consumer agencies would be neglecting an important part of their work if they take a rigid and overly narrow understanding of who their agencies exist to protect. Consumer protection agencies should take action to address a range of complex practices at the intersection of the consumer and labor markets.

Examples of additional potential cases abound. Jobseekers enroll in training to be security guards or long-haul truckers based on the promise of a solid job, and end up deep in debt, sometimes with no job to speak of. Temp agencies suggest that they're an on-ramp to full-time employment, when in reality, almost no one gets a full-time job, likely in part because of conversion fees— hidden from workers—that job placements must pay in order to hire a temp worker as a regular employee. Students enter so-called “income share agreements” with finance companies under which the company pays the students’ tuition in exchange for a share of their income going forward. And employers increasingly offer (either directly or through third parties) short-term loans or “early wage access” programs that can operate like payday loans to allow workers access to quick cash but that come with high fees and effective interest rates.

In cities like New York, with sky-high unemployment rates following the onset of COVID-19, online job placement agencies and training schools have become a common scam. Construction workers dished out hundreds of dollars for online Occupational Safety and Health Administration (OSHA) training courses, offered by employment agencies, that promised a job at the end of the program—illegal under NYC law because such agencies cannot charge jobseekers for classes, trainings, or other services. Other jobseekers attended eyebrow microblading schools offered online, which are useless for a job that requires a Department of Health license.

In some jurisdictions, policymakers should update consumer protection laws to ensure that they reach arrangements where a business provides credit to its workers to purchase training or tools of the trade. Some consumer protections don’t apply to business-to-business transactions and have thus been presumed to exclude transactions between misclassified workers and the companies that employ them. For example, New York City’s consumer protection law covers goods, services, credit, and debts “primarily for personal, household, or family purposes.” Treating car loans from Uber to its drivers as business-to-business transactions exempt from consumer protection laws would leave drivers in limbo, without the protection of employment or consumer laws. Statutes should also explicitly protect limited English proficient worker-consumers, who are often the target of deceptive advertising and abusive contracts with usurious interest rates.

Finally, all consumer agencies—even those without jurisdiction or resources to aggressively enforce consumer protection laws when worker-consumers are harmed—can play a role in preventing these scams, through robust and multilingual public education and strategic use of outreach and media. This may involve agencies stepping out of their traditional roles to get the job done. For example, to enforce New York state’s safe business reopening guidelines, New York City recently deployed multijurisdictional teams of consumer protection inspectors, as well as teams from the departments of buildings and health, to respond to consumer and worker complaints.

Use of consumer laws to protect workers is a necessary addition, not an alternative, to aggressive and well-resourced enforcement of worker protection laws and organizing to increase workers’ power. But in our constantly evolving labor market, and in the face of post-pandemic life uncertainty, we must ensure that our legal system catches up. Workers, consumers, and the public must demand creative and expansive uses of the laws in the books to fight these multi-faceted abuses of corporate power.

This blog was originally published by the Economic Policy Institute.