What Masterpiece Cakeshop is Really About 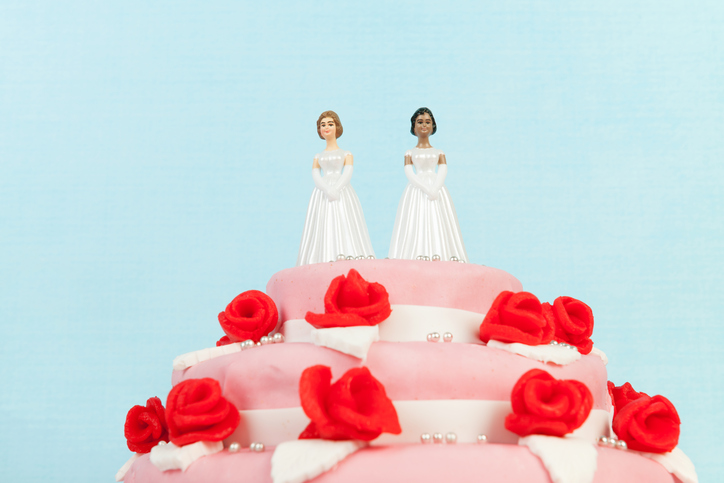 *This piece was originally published on Take Care Blog.

Masterpiece Cakeshop v. Colorado Civil Rights Commission is framed narrowly—as a case about whether making a wedding cake is expressive conduct or whether religious individuals should be exempted from laws protecting same-sex couples. But this narrow view of the case misses its real stakes. The Alliance Defending Freedom (ADF, formerly Alliance Defense Fund), which represents Masterpiece Cakeshop, is driving the litigation and many similar cases around the country. ADF is not interested in a narrow resolution to a narrow question; rather, ADF is taking aim at the very legitimacy of LGBT people and legal protections for them.

ADF formed in 1994, a time in which sodomy criminalization was a live issue in the U.S. When the issue reached the U.S. Supreme Court in 2003 in Lawrence v. Texas, ADF submitted a brief that portrayed gays and lesbians as dangerous and diseased. In arguing that Texas needed to criminalize “homosexual conduct” to protect public health—a justification that even Texas did not advance—ADF asserted that “same-sex sodomy is a distinct”—and “overwhelming”—“public health problem.”

This line of argument reflected the views of ADF’s founder, Alan Sears. In The Homosexual Agenda: Exposing the Principal Threat to Religious Freedom Today, published the same year as Lawrence, Sears and his co-author described homosexuality as “sexual deviancy.” Linking “pedophilia and homosexual behavior,” they asserted that gays and lesbians are engaged in “a lifestyle of certain, ultimate despair.”

The organization litigating Masterpiece Cakeshop is still committed to these views. With an understanding of ADF’s views and the positions its lawyers are taking around the world, one can see that this caseis not merely an attempt to achieve a narrow exception to a legal order that recognizes LGBT equality; rather, part of the point is to undermine that legal order.

At the 2012 World Congress of Families, a global convening of leading anti-LGBT advocates, Sears, then ADF’s president, gave an address in which he described gays and lesbians as “lost in their own sexual depravity.” “[H]omosexual behavior,” he declared, “is self-destructive and wrong.” Today, ADF lawyers abide by a statement affirming that “all forms of sexual immorality (including adultery, fornication, homosexual behavior, polygamy, polyandry, bestiality, incest, pornography, and acting upon any disagreement with one’s biological sex) are sinful and offensive to God.”

ADF’s leaders support the criminalization of homosexuality and believe Lawrence was wrongly decided. When India’s high court upheld a law criminalizing same-sex sex in 2013, Benjamin Bull, then ADF Chief Counsel, praised the decision: “When given the same choice the Supreme Court of the United States had in Lawrence vs. Texas, the Indian Court did the right thing. India chose to protect society at large rather than give in to a vocal minority of homosexual advocates. . . . America needs to take note that a country of 1.2 billion people has rejected the road towards same-sex marriage, and understood that these kinds of bad decisions in the long run will harm society.” (ADF is not alone. Just last year in the Constitutional Court of Romania, Liberty Counsel, Jerry Falwell’s legal organization, argued that “[e]ngaging in homosexual conduct is dangerous, and endorsing and subsidizing same-sex unions and treating them as marriages is an endorsement of conduct that does not benefit society, but rather harms it by creating irresponsible and unhealthy people.”)

ADF and its allies support laws that criminalize same-sex sex; and they oppose laws that would protect gays and lesbians against discrimination. In 2008, ADF sought to block passage of the very antidiscrimination law at issue in Masterpiece Cakeshop—urging the Colorado legislature to reject it on several grounds. In short, ADF is not merely seeking exemptions from antidiscrimination laws; it opposes such laws altogether as a threat to “the privacy and safety of . . . citizens.” And it opposes laws prohibiting LBGT discrimination even if they include exemptions­ for religious objectors—declaring that such an arrangement “is not a compromise we can make.”Nearly 100 other religious leaders and political advocates have joined ADF in signing a manifesto against such laws.

So how are we to understand ADF’s aims in litigating Masterpiece Cakeshop? As we have shown, after suffering losses in the last decade, opponents of same-sex marriage have shifted from speaking as a majority seeking to enforce traditional morality through laws of general application to speaking as a minority seeking exemptions from laws that have only recently come to protect gays and lesbians. No longer able to control the law of marriage or discrimination, ADF seeks religious exemptions from it.

But in seeking religious exemptions, is the organization simply seeking settlement for Christian bakers? The aim is much larger. In Masterpiece Cakeshop, ADF seeks to establish precedent—whether through the First Amendment’s speech or free exercise clause—that would provide the basis for refusals to serve same-sex couples in a much broader range of settings, and thus alter the exercise of the right to marry. ADF may emphasize the distinctive features of wedding cakes, but this case is not simply about cakes. As the Court’s composition continues to change, any exemption crafted in Masterpiece Cakeshop might soon extend to employment, housing, and healthcare. Employers, for example, might be allowed to deny healthcare benefits to lesbian and gay employees and their spouses.

And, widespread religious refusals can erode the foundations of antidiscrimination law and marriage equality, as the example of religious refusals in the reproductive healthcare context illustrates. As we have shown, after Roe v. Wade recognized a constitutional right to abortion, federal and state legislation was enacted to authorize doctors with religious or moral objections to refuse to perform abortions or sterilizations. When opponents of abortion failed to persuade the Court to overturn Roe in 1992, they enacted much more expansive healthcare refusal laws. These laws authorize refusals, not only by doctors and nurses who decline to perform the procedure, but also complicity-based refusals by other healthcare workers, as well as organizations such as insurers, with only an indirect connection to the procedure. Even though the Constitution protects abortion and contraception, in many regions of the country, the law sanctions restrictions: legally authorized religious refusals impose significant barriers to access, inflicting health harms, stress, and stigma.

The same could happen with respect to LGBT equality. Refusals can restrict practical access to goods and services—not simply cakes and flowers but insurance, housing, and healthcare. And refusals can stigmatize gays and lesbians. Indeed, as Sherif Girgis explains with respect to religious exemptions from laws protecting gays and lesbians, “political potency and moral stigma are part of the point.” Just as with reproductive healthcare, the threat is especially potent in areas where opponents of same-sex marriage, mobilized by groups like ADF, continue to represent powerful majorities. ADF and its allies occupy prominent positions at all levels of government, and they have tremendous resources supporting their work. As Sarah Posner recently explained in The Nation, ADF itself has almost 60 lawyers on staff in addition to thousands of allied attorneys and boasts annual contributions of more than $50 million.

In short, ADF’s appeal to seemingly narrow arguments for religious exemption is part of a broader strategy to erode the foundations of marriage equality and antidiscrimination law.

As Girgis’s comments suggest, laws authorizing expansive refusals of goods and services to same-sex couples can provide a way to continue conflict over same-sex marriage. In fact, opponents of same-sex marriage have looked to the abortion conflict as a model.As the Heritage Foundation’s Ryan Anderson declared before Obergefell, “we must . . . make clear that court-imposed same-sex marriage via a Roe-style decision will not settle the marriage debate any more than it has settled the abortion debate.”

ADF and its allies are not interested in compromise. As Sears declared in 2012, “there is no room for compromise with those who would call evil ‘good.’” Accordingly, ADF and its allies “can’t settle for same-sex ‘marriage’, or even ‘civil unions,’ . . . can’t endorse schemes and other sex-partner subsidies in the workplace or by governments for those engaged in homosexual behavior, . . . can’t support same-sex adoptions, or the idea that permanently depriving a child of a father and mother is as good as both a mom and a dad, [and] . . . can’t stand by while they teach our children that homosexual urges . . . are legitimate and honorable and good.”

Attending to ADF’s own words—across time and space—leaves no doubt about what Masterpiece Cakeshop is really about. It is not a narrow case. It is a case that implicates the very status of LGBT people and the fragile legal advances they have secured in the U.S.