What It Means to Trust and Believe Women 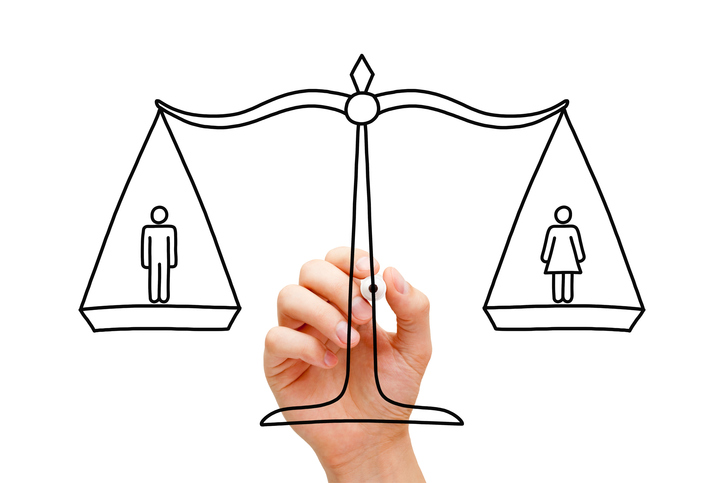 For much of American history, legal rules and cultural norms have deemed women unworthy of trust or responsibility.  The law often treated women as children, incapable of carrying out adult duties. Women did not have the right to vote until 1920. It took until 1961 for the Supreme Court to strike down laws automatically excluding women from jury duty.   Until 1979, state laws made it legally impossible for a husband to rape his wife. In the early 19th century, the doctrine of “coverture” provided that a married woman did not have legal status separate from her husband.  In the eyes of the law, married women were not their own person.  Women were barred—by law or by practice—from professions like law, medicine, and politics.

We like to think those days are long behind us, that women are no longer second-class citizens relegated to a separate, lesser sphere. But it may be difficult, especially for men, to recognize the ways in which significant problems linger.

The recent flood of stories about sexual assault and harassment has pulled back the curtain—in ways that are often painfully obvious but also sometimes harder to see. When women have come forward with allegations of sexual assault or misconduct by powerful men, they are often ridiculed, slandered, dismissed, or simply not believed. One of the dozens of women who described being sexually assaulted and harassed by Harvey Weinstein wore a wire to record incriminating comments; prosecutors did not bring charges.  Four women have accused Roy Moore of sexual assault, attempted rape, or groping. Moore has called this a political witch hunt and the ultra-right wing Breitbart News sent reporters to Alabama in an effort to “discredit the women”.  17 women have described being assaulted, groped, or harassed by Donald Trump. Trump called them liars and threatened to sue them after the election. He never sued, but he was elected president, and the womens’ charges have largely been ignored (though one of the women, Summer Zervos, has filed a defamation lawsuit against Trump).

Even when multiple women come forward with highly credible allegations, it is quite possible nothing will happen—or, more accurately, nothing will happen to the man they accuse. The women who describe what happened to them can expect to be publicly smeared and derided. The focus is on whether to believe their accounts—even when the stories they tell are persuasive, specific, and corroborated.

This of course reminds us what hasn’t changed. A contest between one blustering, disingenuous man and multiple, even dozens, of credible women somehow becomes an even match—or even one where the women lose. Women still know that they cannot count on being trusted or believed. No wonder so many do not immediately come forward with their accounts.

There may be, however, cautious reason for some hope. Some Republicans in Congress have decided that the women accusing Moore can be trusted. Senate majority leader Mitch McConnell (R-KY) bluntly concluded that “I believe the women”. When Leeann Tweeden said that Sen. Al Franken kissed and groped her in 2006 without her consent, Senate Democrats condemned Franken’s behavior and called for an investigation.  These are important first steps, though it is not enough. First, it remains to be seen whether there will be any consequences for Roy Moore or Al Franken. With Franken in particular, it may be his word against Tweeden’s, unless additional women come forward. Will her account be dismissed with the tired “he said, she said” rationale? Second, and more broadly, it’s essential to consider what it means to really believe and trust women. Sen. McConnell is right that men should believe women when they come forward with credible accusations of sexual assault and harassment. But men must also trust women when they say they can decide what happens to their body during pregnancy, or whether they should have access to contraception.  And, most centrally, men should welcome and support the long overdue necessity of equal representation for women in elected office, on the federal and state bench, in corporate boardrooms, and across society.  When that happens, maybe it won’t be necessary any longer to wonder whether men will believe or trust women.  Women will be able to ensure, by themselves, that their voices have power and consequence.