We Won’t Get Fooled Again 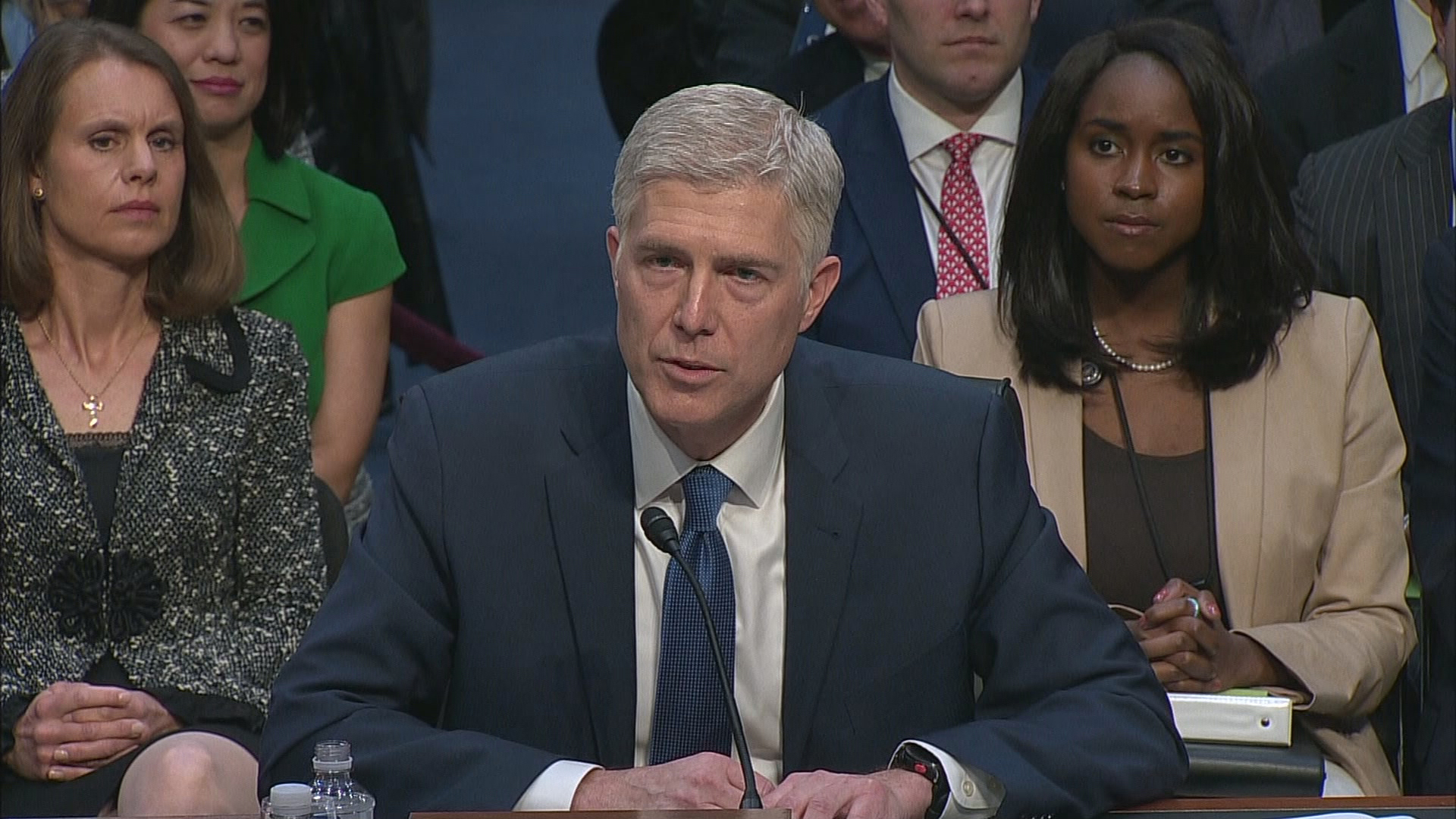 We’ve seen this movie before. President Trump nominates someone to the Supreme Court. The nominee declines to answer questions about Roe v. Wade, or any other hot button issue on the grounds that the issue may come before the Court. Indeed, other than imprecisely praising Brown v. Board of Education, the nominee declines to express a view about any decision that the Supreme Court has issued since its founding in 1789. Instead, the nominee offers fulsome, if vague, support for respecting precedent. As we watch this pas de deux between the nominee and Congress over how much the nominee respects precedent, and wonder whether Roe v. Wade and numerous other precedents will be swept aside, we should compare the statements of Supreme Court nominee Judge Gorsuch to the actions of Supreme Court Justice Gorsuch.

In his confirmation hearing, Judge Gorsuch repeatedly expressed his strong support for precedent. “Precedent is the anchor of the law.” “For a judge, precedent is a very important thing. We don't go reinvent the wheel every day.” Judges must “start with a heavy, heavy presumption in favor of precedent,” but in “a very few cases,” precedent may be overruled. In deciding whether to overrule a precedent, judges should consider “the age, reliance interests, and the workability of the precedent, among other things.”

Apparently the “other things” that judges should consider are whether the judge simply disagrees with the precedent. In his first term on the Supreme Court, Justice Gorsuch joined virtually every call to overrule a prior precedent, and he suggested that precedents be overruled in nearly 10% of all the cases decided by the Court.

In Sveen v. Melin, Justice Gorsuch dissented alone in a Contracts Clause case in which he questioned whether modern Contracts Clause cases, such as Energy Reserves Group, Inc. v. Kansas Power & Light Co., 459 U. S. 400 (1983), were properly decided. In Jesner v. Arab Bank PLC, Justice Gorsuch wrote separately in an Alien Tort Statute case to state that he harbored “serious doubts” about the “suggestion” in Sosa v. Alvarez-Machain, 542 U. S. 692 (2004), that courts could create new causes of action under the statute, which is as old as the Supreme Court itself.

While Judge Gorsuch told Congress during his confirmation that “precedent is the anchor of the law,” Justice Gorsuch had no problem immediately unmooring precedents dating back over 50 years in a wide swath of law, including the Fourth Amendment, Commerce Clause, Contracts Clause, labor law, administrative law, and international law. And this was just his first year on the Court.

In evaluating Judge Kavanaugh, Congress shouldn’t be satisfied with empty platitudes about respect for precedent. Instead, it should take its cues from The Who, who warned us over 45 years ago: “We Won’t Get Fooled Again.”

(Additional disclosure: our firm represented Wayfair and the other respondents in South Dakota v. Wayfair, Inc., although I did not personally work on that case.)

Confirmation Process, Importance of the Courts