We “Love Our Constitution” 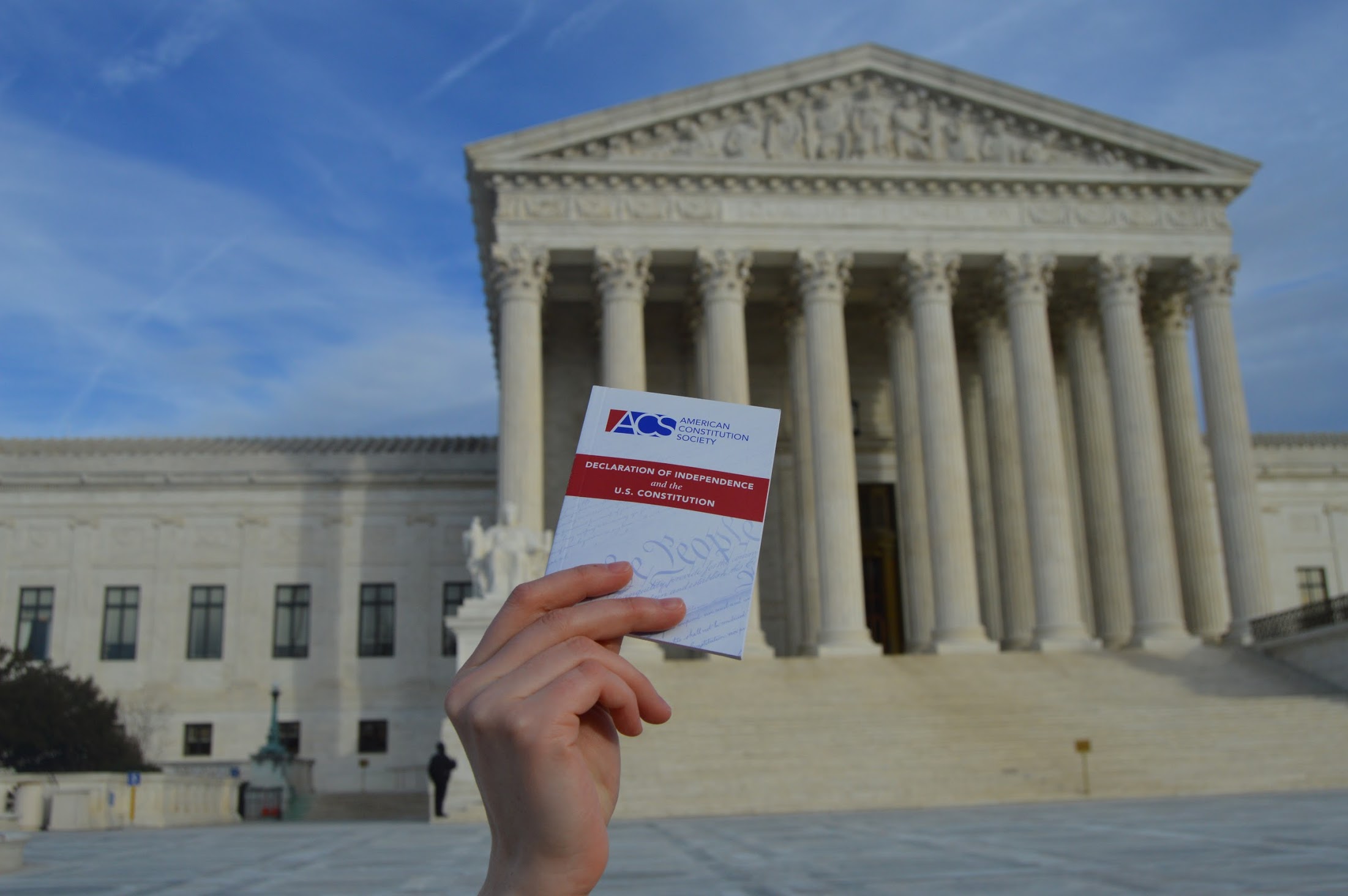 The American Constitution Society launched an initiative, “Love Our Constitution,”  in 2017 with the goal for lawyers, judges, and others to lead discussions and make presentations about the United States Constitution and the federal courts during the week of Valentine’s Day. I participated in 2017 and volunteered once again to conduct a presentation to the local Boy Scouts Troop.

On Monday, February 12, 2018, I presented the “Love Our Constitution” program to my sons’ troop, Queen of All Saints Basilica Boy Scout Troop 626. About 35 scouts and several adults were in attendance. We began by handing out copies of the United States Constitution provided by the ACS and discussing at a high level the document itself - one of the longest standing written constitutions in the world and also one of the shortest, with the original being just over 4,500 words. Scouts answered questions about which branch is addressed by each of the first three articles of the Constitution.

We then presented the program slides, which focused on Article III, the judiciary. As I went through the presentation, we asked questions of the attendees, including their thoughts on why federal judges served during good behavior, effectively making it a lifetime appointment. One boy scout answered that the intent was to distance the judiciary from the pressures and demands of fundraising and elections and that lifetime appointments allowed the judges to act independently.

We next turned to the federal courts of appeals and discussed that we sit in the 7th Circuit(and that our district court is the Northern District of Illinois). I mentioned an example of a long-serving judge who remains active and regularly hears cases. He is Judge William Bauer, who is 91 years old and has served on the 7th Circuit for more than 40 years.

During the presentation, I discussed with the scouts the unique times we are living in. We had a great conversation about the removal of the 60 votes in the Senate for cloture and the decline of the blue slip process as reasons that judicial candidates with more ideological views were being confirmed. We discussed that we are seeing a struggle over which of the three branches is supreme, with some arguing that the Supreme Court is not “supreme.” We discussed various nullification efforts taking place especially at the state level, such as in Pennsylvania.

Lastly, we talked about my views on the Federalist Society and other organizations having such influence on judicial selections. We noted that circuit courts are the court of last resort in many instances and reiterated the goal of having federal judges who hold more moderate views.

The opportunity to teach the Constitution and the courts to these young people proved to me once again that we as Americans should “love our Constitution” and the concise genius it represents.

Dan Cotter is a partner at Latimer LeVay Fyock LLC and an Adjunct Professor at The John Marshall Law School, where he teaches SCOTUS Judicial Biographies. He is a frequent writer and presenter on the Constitution and the Supreme Court.  The article contains his opinions and is not to be attributed to anyone else.