Voting Rights Under Attack in North Carolina, Wisconsin, and Texas 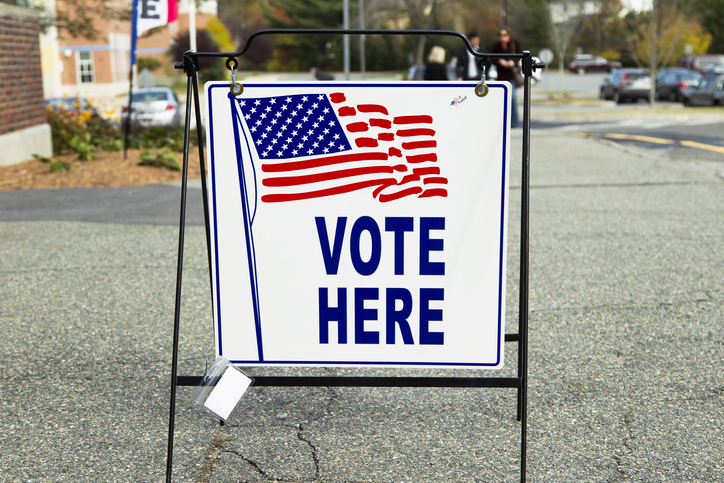 "At the bottom of all the tributes paid to democracy is the little man, walking into the little booth, with a little pencil, making a little cross on a little bit of paper—no amount of rhetoric or voluminous discussion can possibly diminish the overwhelming importance of that point." - Winston Churchill, House of Commons, Oct. 31, 1944

It is the fairness of this simple act that lawmakers, judges, and all citizens must remain vigilant to protect.  Voting is at the very heart of who we are because it is the act we each take, together, to decide who we want to be.  And voting is one of the few things we do as equals.  When we go in the voting booth Churchill described, and mark the ballot—no matter where we are from, how much money we have, or where we are heading—we vote as equals.

One would have hoped that the Voting Rights Act of 1965 would permanently protect this most sacred right to vote free from discrimination and intimidation, but sadly that is no longer the case.  Our process is under attack, and, in many states, the process is failing.

In 2013, the Supreme Court gutted the Act in Shelby County v. Holder.  The effect of Shelby County was immediate and far-reaching.  States across the country started passing voter ID laws under the cover of stopping non-existent vote fraud—but really designed to make it harder to register and vote.  Discriminatory laws passed by state lawmakers took effect immediately with no federal review or clearance.  This rush of state voter ID laws, voter purges, cutbacks on early voting, polling place closures, and other restrictions disproportionately disenfranchised voters of color, the poor, the disabled, and the elderly, and made the need for expanded voter protections increasingly urgent.

For three examples, look to North Carolina, Texas, and Wisconsin.  In North Carolina, immediately after the decision in Shelby County, the legislature passed a law targeting specific voting practices — including same-day registration and early voting—that had helped drive recent surges in minority voter turnout. The law was aimed directly at communities of color participating in the electoral process.

In Texas, the legislature passed a law that took effect within hours of the Shelby County decision, prohibiting voters from registering and voting unless they could produce a very specific type of identification.  A lawsuit was filed and the federal court found that over 500,000 voters didn’t have this ID; that many without the correct ID faced 90 minutes or more of travel —without a driver’s license—to get what they’d need; and that racial and language minorities bore the main burden from these voting rights restrictions.  The Court said the law forced some in poverty to “choose between purchasing their franchise or supporting their family.”  After years of litigation, and the passage of a new Texas voting law, in April 2018 the Court of Appeals upheld the new law, finding that it—finally—was constitutional.

In 2011—the year after Wisconsin Republicans won the governorship and majorities in both houses of the legislature—the Wisconsin legislature passed the first of eight laws enacted over the next four years that transformed Wisconsin’s election system.  None of these laws made voting easier for anyone.  A federal lawsuit was filed.  In July 2016, the Court found the law unconstitutional as it related to the challenged voting ID requirements, the time limits on in-person absentee voting, and student voter ID and registration requirements, and granted a permanent injunction.

But this ruling apparently wasn’t clear to the Wisconsin Legislature.  In late 2018—after the state-wide election of a Democratic Governor, Lieutenant Governor, and Attorney General—the legislature passed another law making it more difficult to register and vote.  This law was immediately challenged as violating the federal court injunction.  On January 17, 2019, the Court addressed this most recent attempt to make voting more difficult, and determined that the law violated the injunction granted in 2016:  “This is not a close question: the three challenged provisions are clearly inconsistent with the injunctions that the court has issued in this case.”

True leaders should remove obstacles to voting, not erect them

Do the state legislative majorities passing these restrictive laws believe their present power is so tenuous that they must create obstructions to voting because full, free, and open voting will send them packing?  Do they fear the poor, students, minorities, the elderly, people with disabilities, or single parents will find it too easy to vote, and so must face increased voter restrictions? Are these the reasons numerous state legislatures vote—time and time again—to place limits on the time allowed for in-person absentee voting; to place limits on the validity of temporary identification cards, and to place restrictions on the use of student ID cards for voting?  Does their fear of the voters lead them to pass more and more laws placing extra obstacles and impediments in front of voters—in violation of federal constitutional law?

When will these state legislatures learn that true leaders in a democracy must take all possible steps to encourage voting, and to remove obstacles preventing citizens from voting?  Approximately 40% of registered voters don’t vote, and that should embarrass us all.  But state legislatures keep making it more difficult to register and vote in what seem to be very clear attempts to decrease that embarrassing number.  Why?

There are many sacred places in this country that symbolize and remind us of the long fight for civil rights, and the heroes—famous and not so famous—who paved the way. These sacred places include lunch counters, bus depots, public schools, universities, public restrooms and drinking fountains, county courthouses, and, of course, countless churches.  In the long and bloody fight for the right to vote—the basic right to be part of democracy—no place is more sacred than Selma, Alabama.

The Selma Heroes, after being beaten and murdered, kept marching because they knew—even after the passing of the Civil Rights Act of 1964—there could be no lasting change in this country without firmly securing the right to vote.  Because they would not quit, and because of the work of so many others in Civil Rights Campaigns, change came.  One week after March 15, 1965 -  Bloody Sunday - President Lyndon Baines Johnson went to Congress to demand passage of the Voting Rights Act.  President Johnson said:

"I speak tonight for the dignity of man and the destiny of democracy. At times history and fate meet at a single time in a single place to shape a turning point in man's unending search for freedom. So it was at Lexington and Concord. So it was a century ago at Appomattox. So it was last week in Selma, Alabama."

Our fathers believed that if this noble view of the rights of man was to flourish, it must be rooted in democracy. The most basic right of all was the right to choose your own leaders. The history of this country, in large measure, is the history of the expansion of that right to all of our people.  Many of the issues of civil rights are very complex and most difficult. But about this there can and should be no argument. Every American citizen must have an equal right to vote. There is no reason which can excuse the denial of that right. There is no duty which weighs more heavily on us than the duty we have to ensure that right.

It appears many state legislative bodies around the country have forgotten —or choose to ignore—President Johnson’s words.  The voting laws like those recently passed again by the Wisconsin Legislature, seeking to place obstacles to voting, ignore their duty to ensure the right to vote.

How to challenge efforts to make it harder to vote

What can we do?  First, ask your legislators why they are ignoring the history of expanding the vote, and why they are trying to make it harder to vote.  When they say “We need stricter voter ID laws, and a limit to early voting, to stop fraud”— challenge them.  Ask to see all the voter fraud cases that are supposedly undercutting our fair elections.

I was a federal prosecutor for the Western District of Wisconsin from January 1980 to March 2017, and there was not one federal voter fraud case prosecuted over all those years.  Nationally, in fact, numerous voting studies and surveys show the opposite is true: Election fraud is extremely rare, and the in-person, individual fraud these laws are supposedly designed to prevent is virtually non-existent.

Do the legislators who spread the fear of fraud really expect us to believe that convicted persons and undocumented aliens - with all the problems they face - are running to the polls with fake IDs because they can’t wait to vote?  Seriously?  Do the legislators who spread this fear, in an attempt to justify voting restrictions, really expect us to believe that while only about 50-60% of us vote, this small number actually includes a large number of voting fraudsters?

It is time for the U.S. Congress to accept that responsibility; to pass voting rights legislation as recently proposed by the Democratic House Majority designed to expand Americans' access to the ballot box; to give life back to the Voting Rights Act of 1965; and to protect the “simple act” that gives life to our democracy.

Remember the Selma Marchers.  And remember that The March Continues.