Voting Rights and Wrongs: How to End Gerrymandering 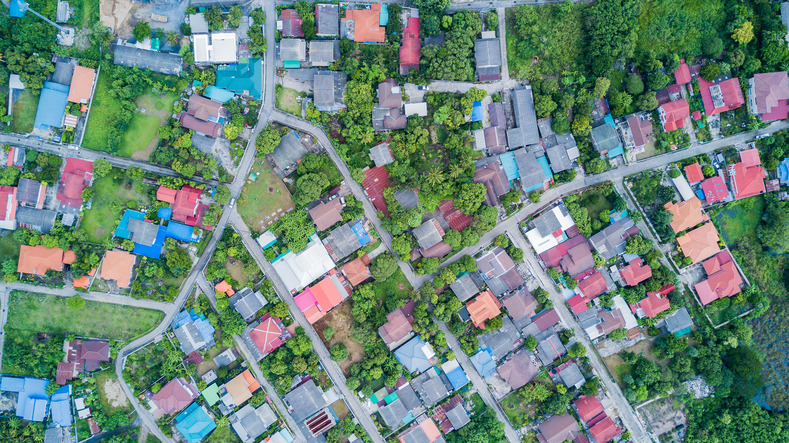 As a result, gerrymandering is again in the news - and in the courts. Having nullified North Carolina's racially gerrymandered map in 2017 (without ordering a specific remedy for the 2018 midterm election), the Supreme Court is considering two more cases challenging gerrymandering: one from Maryland, where the gerrymander at issue is a single Congressional district favoring Democrats; and one from Wisconsin, where Democrats challenge the entire state legislative map, which favors Republicans.

Realistically, unless and until gerrymandering is prohibited and replaced by maps with no partisan tilt, the only short-term way to defeat it is to register voters and get them to the polls in numbers larger than the super-majority safety margins built into gerrymandered maps. The long-term solutions are electing legislators who reject partisan gerrymandering and/or establishing non-partisan commissions to create maps without partisan gerrymandering, as is already done in several states.

The Current Conflict Over "Partisan Gerrymandering"

The species of gerrymandering at issue in Wisconsin, Pennsylvania, and Maryland is "partisan gerrymandering,": a state legislature configures its legislative maps to empower and entrench one political party and weaken its competitors.

Partisan gerrymandering is most significantly expressed in states' maps for their state legislatures and their Congressional districts. (Note: partisan gerrymandering within a State cannot affect statewide elections, e.g., state governor, state attorney general, and secretary of state, U.S. Senator, President, or House elections in states with only one Congressional district, like Montana. These officers are not elected by or to represent a legislative district smaller than the entire state. Other tactics must be deployed to diminish voting power of targeted groups, such as voter-Id laws, which can reduce turnout among, for example, low-income voters and people of color.)

In most states, the state legislature creates the legislative maps for both its state legislature and for districts for U.S. Representatives. A series of voting-rights cases in the early 1960s, coupled with passage and implementation of the Voting Rights Act, requires states to construct their state and Congressional legislative maps on the basis of total state population divided as equally as is feasible into some number of state-legislative and Congressional seats - the "One Person/One Vote" rule.

Each state legislator represents approximately the same number of people, as does each U.S. House member, though on a larger population base. Legislative and Congressional districts may not, with fewer voters, have legislative power equal to, or larger than, districts with larger numbers of voters.

Article 1, Section 2 of the Constitution requires the state-by-state allocation of U.S House members to be reviewed and adjusted every ten years on the basis of population data elicited in the U.S. Census (amounts and distributions within and across States). States lose and gain members of Congress based on Census results, so their numerical power in Congress can diminish or increase as they lose or gain seats. And, the House map for any given state has to be re-drawn if the Census shows that population has significantly relocated within the state.

So long as the number of House seats is fixed at 435, changing House allocations from State to State or within a State is a zero-sum game. These population-representation issues illuminate new litigation by state attorneys-general about whether the 2020 Census will include a citizenship question. State-by-state apportionment of a fixed number of House seats rides on the methodology of the Census and the methodology's effects on state-by-state population data.

The same effects happen at the state level of government. Within any given State, state-legislative districts have to be reviewed and, if necessary, redrawn periodically, to keep populations per district relatively equivalent to comply with the One-Person/One-Vote standard.

The Tactics of Gerrymandering: "Packing" and "Cracking"

The strategy of gerrymandering translates into two primary tactics: "packing" and "cracking." "Packing" is the concentration of a voting bloc targeted on the basis of party-affiliation, race, geography, or other variables. "Cracking" is the dispersion of the targeted bloc(s). The goal of both tactics is to minimize the overall voting power of the targeted voting bloc(s).

Three simple examples show how packing and cracking can give a political party disproportionate and durable political control of a state's legislature and its delegation to the U.S. House of Representatives. The examples below show hypothetical maps for state legislative districts, but the same logic and basic arithmetic - on a larger population scale - apply to House maps in multi-district states.

Assume a State with a total population of 2000 evenly dispersed across the state. The legislature wants to divide the state into 10 legislative districts. Each district thus will include 200 people. Suppose further that past election data shows that the State has 500 Democratic voters and 500 Republican voters and no Independent voters or voters with any other party affiliation. (Of course, this is an unrealistic situation in any actual State, but the assumptions simplify the examples.)

In Figure 1, the state legislature draws its map to equalize population and party affiliation across all districts. The state configures its districts so that each 200-person district includes 100 voters (50 Democratic voters and 50 Republican voters).

Numerically, each party is equally represented in each district. Each voter will be as potentially powerful as any other voter, within any given district and across all districts. The results in any given election thus will turn on which issues animate voters and which party gets its voters to the polls.

Figure 2 shows extreme partisan gerrymandering using the same population and voter facts from Figure 1: 2000 citizens and 1000 eligible voters divided equally and only between Democrats and Republicans.

Here, however, assume the Republican party controls the legislature and wants to put its thumb on the scales. The legislature shapes legislative-district boundaries to pack super-majorities of Democrats into relatively few districts and cracks the rest of them among the larger number of remaining districts.

An especially antidemocratic form of gerrymandering occurs when a minority party configures its state and federal legislative maps so it has a super-majority of the seats in the legislature and Congressional delegation.

Figure 3 thus shows how the state legislature can construct a map where a minority party nevertheless has a 7-3 super-majority of legislative and House seats.

These examples are simple configurations, plotted with an ancient pocket calculator, scratch-paper, and pen. Even in states with non-uniform dispersions of voters who frequently move into, out of, and around the state between elections, mapping can be precise, using comprehensive voter databases with software tools for mapping and statistical analysis, including sensitivity-testing to predict how durable majorities will be under different voting scenarios.

Indeed, these 90-10, 80-20, and 60-40 majorities in Figures 2 and 3 are large enough to be very durable, except - perhaps - in the kind of "wave"/landslide elections that pollsters and political demographers are arguing might or might not occur in the 2018 midterm elections. These arguments arise in the wake of state-election results in the gerrymandered Virginia state legislature and elsewhere in 2017 elections, and in more recent special elections in Alabama and Pennsylvania.

Republicans in states with extremely gerrymandered maps for their state legislatures and Congressional delegations are worried about the durability of their representational majorities, especially in the wake of Conor Lamb's victory in Pennsylvania's 18th Congressional district. Wisconsin's Governor Walker described the special election of a Democrat in a northern Wisconsin legislative seat previously held by a Republican as a "wake up" call. Republicans in Wisconsin and elsewhere might be feeling even more insecure about their maps and majorities in the wake of the victory last week of a Democrat in the race for an open seat on the Wisconsin Supreme Court by more than 12 percentage points in a state that Trump won by less than one point.

The Solutions to Partisan Gerrymandering

The volatile political climate - a relatively unpopular, intensely disapproved President, an aroused Democratic voting base, and a Republican-controlled Congress with few, if any popular accomplishments - arguably has put these carefully gerrymandered legislative maps at risk of failing to serve their partisan goals.

The Supreme Court's consideration of two partisan gerrymandering cases further clouds the political horizon. The Court might condemn the State maps before it, but it's impossible to predict whether that will happen.

For a variety of reasons (a topic to be addressed in Part 2 of this series), the Court has never held that a partisan gerrymander is illegal and/or unconstitutional solely because it is partisan. The Court, therefore, might upheld the maps as drawn.

Even if the Court threw out one or another of these maps, there is no guarantee that less partisan maps would be in place before the 2018 midterms. The Court might or might not require redistricting by the midterms in 2018. Or, the Court might send the cases back to the trial courts, with no deadlines, to develop more evidence with parties and the legislatures on how maps should be drawn. The process of re-mapping might move so slowly through the lower courts and the legislatures that existing maps will remain in place through 2018.

The availability of sophisticated districting tools might refute arguments for delay, but primaries have yet to occur in a number of states for 2018. If their maps are gerrymandered now, will the maps be replaced and, if so, when and on what terms? Conor Lamb's special election victory in Pennsylvania's 18th Congressional District occurred within a map that won't exist for the 2018 midterm elections, because the Pennsylvania Supreme Court replaced it over the objections of the Republican-controlled legislature.

In short, remapping is clearly feasible, but its timing might vary from state to state. However, unless and until partisan gerrymandering is replaced by maps with no partisan tilt, the only short-term way to defeat it is to register voters and get them to the polls in numbers larger than the super-majority safety margins built into gerrymandered maps.

Regardless, registering voters and planning to get out the vote can proceed now - whenever or however redistricting happens, by legislatures, commissions, or the courts.