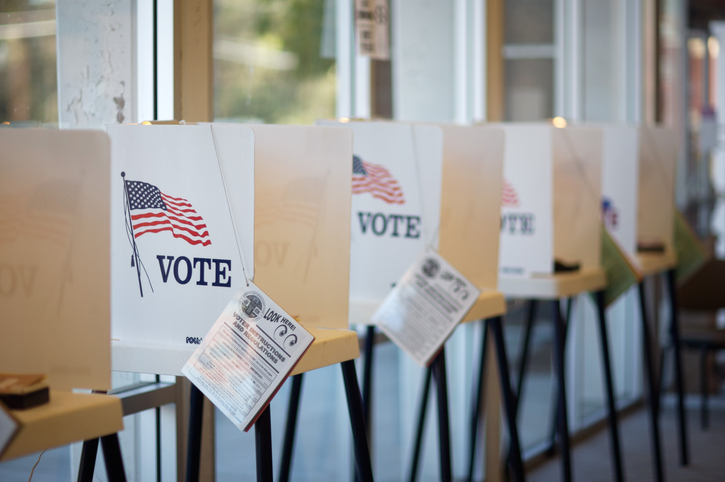 Yesterday, the Supreme Court decided that states can kick voters off the rolls without any reliable evidence that the voters in question might be ineligible. That’s a disappointing result, and the culmination of a series of disappointments along the way. But there is one significant reason for optimism among the gloom: unlike many other Court pronouncements, on voting rights and otherwise, most voters can fight back against the impact of this decision directly.

First, it’s disappointing that we’re having this discussion at all. The Ohio process at issue in the case assumed that voters who hadn’t voted in two years had probably moved, sent them all a postcard, and if that single piece of mail wasn’t returned and the voter didn’t vote for four more years, the voter was removed from the rolls.

This is not a new piece of voter suppression devised by current elections officials: Ohio put the process in place 24 years ago, and it has been implemented by both Rs and Ds. But even without the troubling historical provenance of over-inclusive purges, it’s disappointing that this process still has a starring role. The challenged purge is 24-year-old tech, developed the same year that Netscape was founded (ask your parents). In the last two and a half decades, administrators have developed far more effective methods of maintaining accurate lists, many of which Ohio has also put in place. The process at issue is the lingering clunky relic — the thing many states never bothered with at all, and the thing 21st century states are leaving behind. The Court said that Ohio uses two years of nonvoting as a “rough” way of finding voters who may have become ineligible based on a move. That’s a pretty “rough” understatement. Spamming every nonvoter because you think they might possibly be ineligible is neither accurate nor cost-effective.

Unfortunately, we don’t know exactly how inaccurate the process is: a disappointment with the litigation process. Many of the people who haven’t returned a lone government postcard and haven’t voted in a while are still living in exactly the same spot. Some have moved down the street, but are still eligible to vote without reregistering. Some — far fewer than the number who don’t vote — have moved out of the jurisdiction, and are no longer eligible there. We don’t know for sure how many are which in Ohio. This is an empirical question, but one that can be expensive and cumbersome for litigants to answer under a perceived time crunch. And it wasn’t answered here.

To be clear, the fact that the provisions are convoluted does not make them impenetrable, and there are statutory constructions that better comport with the overall thrust of the statutory scheme than others. Congress said that it designed the federal statutes to make voter rolls more complete and more accurate: to provide more ways to get eligible voters on to the lists, and to ensure that voters who had become ineligible — but only voters who had become ineligible — were removed from the rolls. The statutes explicitly prohibit removing a voter from the rolls because they haven’t voted, but allow removal based on a change of residence that renders the voter ineligible in that jurisdiction. And reading those provisions together, the statutes can easily be interpreted to require some actual evidence of a move beyond the failure to vote, consistent with what Congress said it was trying to accomplish.

This was the interpretation of federal law offered by the Department of Justice at the 6th Circuit (full disclosure: I was at the DOJ at the time, and worked on the case). After the 2016 election, the Department of Justice changed its interpretation at the Supreme Court, backing away from 20 years of enforcement practice by career attorneys. That was a personal disappointment, and a far more important institutional one.

And then there’s the Supreme Court decision, its own bundle of disappointments. It’s a disappointing approach to have so little regard for what Congress was trying to achieve.  Congress set out to limit unwarranted purges of eligible voters, and it’s hard to believe they approved a process allowing voters to be kicked off of the rolls without any reliable evidence that they might in fact be ineligible.

It’s a disappointing triumph of empty formalism. Recall that the statute says that individuals can’t be removed because they haven’t voted. At one point, Justice Alito explains that Ohio does not purge people because they haven’t voted, because purging also turns on the failure to return a postcard. This is an astonishingly thin conception of causation, and a mechanical version of textualism that should by all rights fail the Turing test.

It’s a disappointing trivialization of the franchise. Magazine subscriptions lapse because of inactivity. But part of the whole reason for this portion of the federal code is the notion that access to fundamental rights doesn’t.

And it has disappointing consequences. Some eligible voters who have not recently participated and who miss a single mailing will be unaware that they are no longer registered, and in states without same-day registration, will discover the problem too late to cast a valid ballot. Joe Helle registered in Ohio in 2004, missed a few elections while serving in Iraq and Afghanistan, and arrived home to find himself purged from the rolls and shut out from the coming election, despite no change in his underlying eligibility. The process will likely have inequitable ramifications beyond servicemembers, as well: groups that tend to vote less often, the very citizens we should be making more efforts to engage, will naturally be more affected.

And yet — at the end of the day, this decision can be overcome. Unlike most Supreme Court decisions, we don’t need a constitutional amendment or a new piece of legislation to avoid the debilitating consequences of yesterday’s decision. Ohio’s process magnifies the impact of other barriers to the ballot, but imposes few new ones of its own: the only people affected are those kept from multiple elections in a row. And so Joe Helle aside, there’s a straightforward way for most eligible citizens to make sure that their state doesn’t misinterpret any inactivity: be as active as possible. Register. Vote. Not just for President, and not just in presidential election years: find someone or something to vote for (or against), in every single election you can. And then become the friend urging others to do the same.

*Justin Levitt is the Associate Dean for Research and Professor of Law at Loyola Law School in Los Angeles, as well as the Co-Faculty Advisor for the ACS Student Chapter at Loyola. Professor Levitt previously served as a Deputy Assistant Attorney General in the Civil Rights Division of the U.S. Department of Justice.