Voter Registration and the March For Our Lives 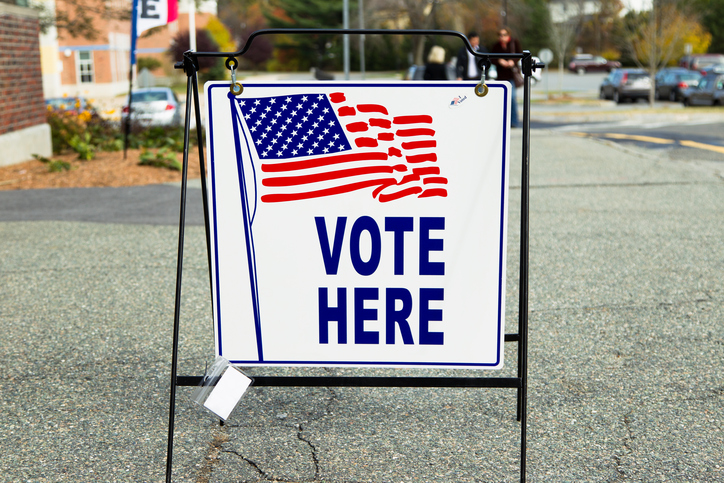 All of the talk, slogans, signs, tweets, and agitation that consume our lives are meaningless without voting. Every day of the year political battles are fought in the court of public opinion, and in courts of law, but only on select days may we render final verdict on what the direction of our communities should look like. The leaders of the March for Our Lives, the historic public demonstration against gun violence that occurred on March 24 in Washington, D.C. and around the world, understood this well. That is why the March included an equally historic voter registration drive, administered by the voter registration entity HeadCount. As a participant in that drive, I registered voters for the first time in my life, an experience that was empowering and meaningful, but also concerningly difficult.

The day started with a training session for registration volunteers. Admission to the event was restricted, for security reasons. Inside, I saw a sea of volunteers in neon yellow shirts, and so I was not surprised when organizers informed us they were expecting it to be the largest voter registration drive in US history. The training itself covered the legal constraints on doing voter registration work. Organizers drilled into us the most important points: we absolutely could not advocate for a candidate, party, or position, could not discriminate against prospective registrants because of their political affiliation, and could not fill out any portion of the form for them. That all made sense, but because we were expecting to register voters from around the country, and each state’s voter registration rules are different, we had a lot left to cover.

As someone who does voting rights work here at ACS, I have more knowledge about election law than the average citizen, but I was still intimidated by how much liability I and others were potentially taking on. For instance, we learned that in Florida, there are criminal penalties for failing to return a completed registration form in 48 hours. In Texas and elsewhere, the laws were too onerous for us to do registration at all. We had to make clear to registrants that if they were an ineligible felon, just filling out the form could get them back in legal trouble. To help us navigate tricky cases, a team of lawyers from Fair Elections Legal Network were standing by on a hotline. Still, other states made registration simpler and less intimidating. In many states, people younger than 18 can pre-register to vote, so that they become active voters immediately on their 18th birthday. It was especially meaningful for us to pre-register young people at the March, since it was designed by high school students for the purpose of youth empowerment.

As I went out to start registration work, I had some early success. I pre-registered a high school student riding the Metro, who happened to live in Takoma Park, Maryland, one of the few jurisdictions in America where people under 18 can vote in municipal elections. At the rally, I held my clipboard high and shouted for attention, which was difficult in such a dense crowd, but ultimately, I registered 4 voters, 3 of them pre-registrations. As difficult and tiring an experience as it was, I can’t understate how exciting and purposeful it was for me to personally register other people to vote. More people than I could count thanked me for doing registration work, which was validating.

Overall, I am glad that I had this experience, and am proud of the work I did. I also came to appreciate online and automatic voter registration even more than before, because chasing people down with paper forms is hard work! The experience even called into question for me the need to have voter registration, and the troublesome origins and history of registration itself. Nevertheless, so long as we have registration, we need people to register voters. The public should pay attention to voter registration and how it is done as a matter of public policy, because it is the gateway to accessing all the rest of our political system, and politicians and interests who view voting as a threat are standing in the door.