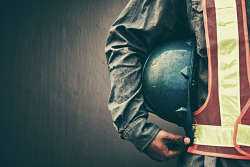 This term, the Court in Janus v. AFSCME will decide the constitutional fate of fair-share fees for public sector unions. These fees support unions’ collective bargaining work on behalf of employees they are legally required to represent but who are not union members. Most prognosticators expect the Court to hand the National Right to Work Legal Defense Foundation (NRTWLDF) a win on its claim that such fees violate the First Amendment rights of non-union workers. Yet, as I develop further below, the history that led to Janusoffers three thin rays of hope to the labor movement.

First, history highlights the role principled conservative justices have played in thwarting right-to-work advocates’ prior attacks on union fees, pointing the way to a possible victory for unions in Janus. In 1977, the Supreme Court decided Abood v. Detroit Board of Education, the decision that found fair-share fee agreements for public-sector unions constitutional and which the petitioners in Janus seek to overturn. At the time, the idea that public-sector workers had any First Amendment protections on the job was both new and contested. During the 1950s and 60s, the Court gradually recognized but inconsistently applied constitutional protections to public-sector workers. Not until the Court’s 1968 decision in Pickering v. Board of Education did it clearly establish that the First Amendment protected government employees. In the eyes of the conservative justices Nixon appointed to the Court soon after, Pickering was a dangerous precedent. Over the next years, they joined majorities dismissing government workers’ First Amendment claims and dissented from decisions granting them.

When NRTWLDF argued in Abood that all the fees unions charged non-members were unconstitutional compelled speech, only Justice Rehnquist was consistent. His fellow Nixon appointees thought the majority was mistaken to find the fees unions charged to negotiate and administer collective bargaining agreements on behalf of non-members constitutional. Rehnquist, in contrast, joined the majority. As he explained in a concurrence, Rehnquist was “unable to see a constitutional distinction between [the] governmentally imposed requirement” in Abood and that in Elrod v. Burns, a recent First Amendment challenge brought by government workers, which he and his fellow Nixon appointees had argued in dissent should have been rejected. Rehnquist took this position despite agreeing with NRTWLDF that the fair-share fees allowed under Abood supported political speech.

Twelve years later in Communications Workers of America v. Beck, NRTWLDF tried to convince the Supreme Court to apply Abood to private-sector unions under either the First Amendment or federal labor law. President Reagan’s Solicitor General, Charles Fried, despite intense pressure from within and outside the administration, rejected the NRTWLDF’s claims in full. So did the Reagan-appointed Justices Antonin Scalia and Sandra Day O’Connor, as well as Nixon appointee Justice Harry Blackmun. (The rest of the Court crafted a statutory analogue to Abood.) Conservatives had once again put constitutional principle ahead of any sympathy for right-to-work claims.

Will NRTWLDF confront any principled conservatives this time around? There is good reason to be skeptical. All the Court’s conservative justices save Justice Gorsuch have authored or signed on to opinions in the last dozen years that indicate a cautiousness about government workers’ First Amendment rights. However, they also all voted to overturn Abood when an equally divided Court left it intact in Friedrichs v. California Teachers Association, the last constitutional challenge to public-sector fair-share fees. Nonetheless, the best chance for preserving public-sector fair-share fees may lie with convincing at least one of those justices to follow their predecessors and be cautious about right-to-work litigants’ First Amendment claims just as they are about those made by other government workers.

Second, even if NRTWLDF wins before the Court, the history of right-to-work litigation highlights that the very compromise such an outcome will require of conservative justices may offer a silver lining for unions and workers. Just as NRTWLDF lawyers saw great opportunity for their cause in Pickering, their win in Janus could create opportunities for public-sector workers and their unions. One way conservative justices have limited Pickering is to narrowly define the speech “upon matters of public concern” that Pickeringprotects. In a recent right-to-work case, Harris v. Quinn, Justice Alito, writing for a five-justice majority, reasoned in dicta that fair-share fees implicated protected matters of public concern.

The Court in Janus may find a way to hold Pickering inapplicable to fair-share fees. Even so, if it overturns Abood, it will likely find that everything public sector unions do, including collective bargaining over terms and conditions of work, involves political speech. That could still open the door to future Pickering protection of such speech, as well as the expression of other political opinions. Indeed, Reagan’s former Solicitor General Fried co-authored an amicus brief in Janus warning the Court against adopting NRTWLDF’s argument that all union speech is political speech. Such a holding, he and his co-author, Robert Post, caution, would disrupt the framework built since Pickering to limit the scope of those rights, “set[ting] in motion drastic changes in First Amendment doctrine that essentially threaten to constitutionalize every workplace dispute.” This could be good news for unions and workers, as legal scholars such as James Pope and labor advocates such as Shuan Richman have argued.

Third, should an NRTWLDF victory not provide the quick path to Pickering protections Fried predicts, the history that led to Janus is a testament to advocates’ ability to dramatically alter constitutional law, offering promise that right-to-work advocates’ victory today can be bent to benefit workers’ collective voice in the workplace tomorrow. The first constitutional challenge to union fees was brought seventy years ago by Cecil B. DeMille, a famous movie mogul and radio host. The California Supreme Court easily dismissed his case in DeMille v. American Federation of Radio Artists, finding that the fee his union levied to oppose a state right-to-work law did not compel or express DeMille’s speech. “The member and the association are distinct,” the court reasoned, so the money spent and the message sent were the union’s not DeMille’s. The U.S. Supreme Court declined review.

In response, DeMille and other right-to-work proponents embarked on a decades-long campaign to change how courts viewed the constitutionality of union fees. Critically, they engaged not only in coordinated litigation, but also political education and popular mobilization. They sought favorable news coverage and made the constitutional case against union fees in speeches, newsletters, and films. They described the push for right to work as a civil rights struggle, seeking to harness that term’s cachet. As DeMille’s political strategist counseled, they also hid the industrialists and wealthy individuals backing their efforts and “calling the shots” behind a public face of “housewives, farmers, small businessmen, professional people, and wage earners.”

Constitutional claims in general, and First Amendment claims in particular, have long been off limits for unions because of the right-to-work threat. Resolving that threat against the unions in Janus will open the door for them to reclaim the freedoms of association and speech that once buoyed the labor movement. Outside the courts, those claims may prove a potent tool for organizing as well as for making the case for worker organization and concerted action to the public. As the history that led to Janus demonstrates, integrating public education, popular mobilization, and legislative campaigning with litigation can fundamentally change constitutional law within the courts as well.

This post draws on her book, The Workplace Constitution from the New Deal to the New Right.