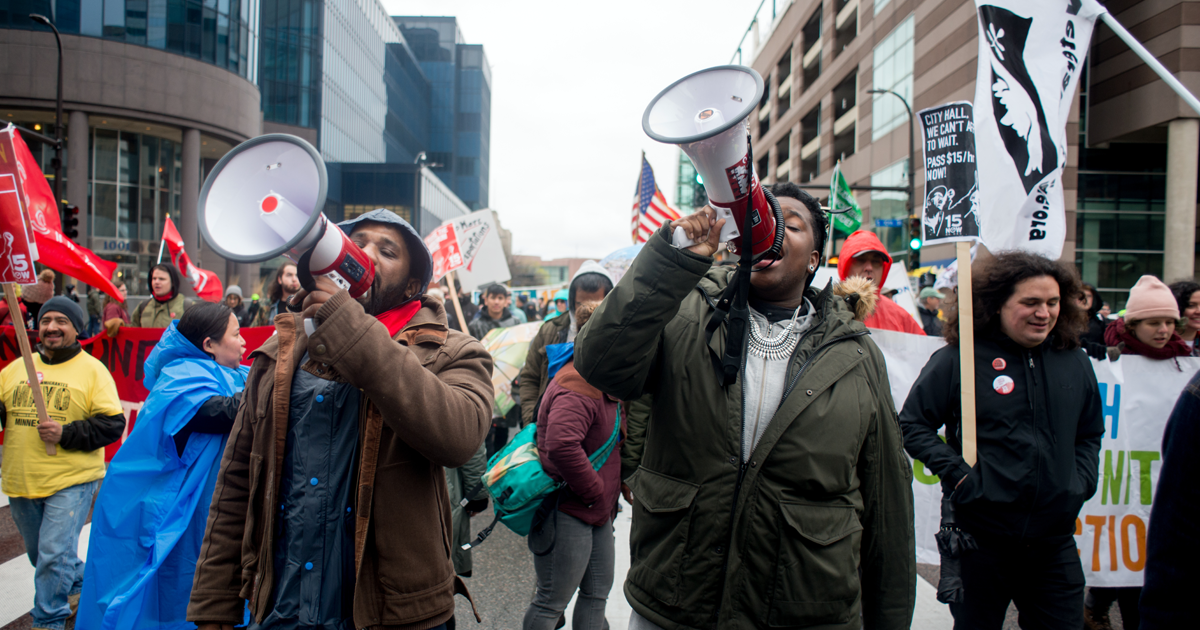 Later this month, the Supreme Court will hear oral arguments in Janus v. AFSCME Council 31, which right-wing activists hope will lead a conservative Court majority to deal a “crushing blow to organized labor.” The case is part of a lengthy effort by labor opponents to get the Supreme Court to overrule the 1977 precedent in Abood v. Detroit Board of Education that public employers can require workers who choose not to join a union to at least pay for the costs of collective bargaining from which they benefit, despite free speech claims to the contrary. The Court split 4–4 on this issue in the Friedrichs case two years ago after the death of Justice Scalia, but anti-union activists hope the addition of the very conservative Justice Gorsuch could push the anti-union cause over the top. A close look at the record in Janus, however, suggests some important differences compared with Friedrichs and other cases that could well result in the preservation of Abood and union workers’ rights.

Specifically, around 40 amicus curiae or friend-of-the-court briefs have been filed in support of the position of AFSCME, the country’s largest public services employees union. Many of these are from civil rights groups, progressive academics, and others who we would expect to support the unions’ cause. But a number are from conservative groups and individuals who often oppose unions on policy grounds but strongly reject the claim that Abood should be overruled. And several of the briefs make new and powerful arguments that could make a difference for the Supreme Court justices.

Look at some of these unusual suspects: Briefs in support of labor’s position were filed by 10 Republican governors or states including in Montana and Iowa. Another was filed by 45 current or former Republican officeholders. Two very conservative professors, Eugene Volokh and William Baude, may clearly disagree with unions on policy matters, but strongly opposedinvalidating required payments by nonunion members for collective bargaining. Volokh (a First Amendment specialist) and Baude explain that such a ruling would have no more First Amendment basis than invalidating income tax payments by taxpayers who object to government activities. The United States Conference of Catholic Bishops also filed a brief in support of AFSCME, despite significant disagreements with the union on important issues like abortion. And perhaps the strongest defender of free speech rights in the country, the ACLU, filed a brief arguing against the effort to overrule Abood on free speech grounds.

Many of these and other amicus briefs argue strongly that principles of federalism, usually supported by conservative justices on the Court, clearly warrant maintaining Abood. Twenty states and many local governments that employ millions of workers have structured their labor systems to incorporate the collective bargaining model and fees for non-union members to support it, which would be severely undermined if not destroyed by overruling Abood. As the governor of Montana argues in his brief, states have clear “sovereign authority” to structure their own systems of labor relations, and that authority may well be “as sovereign a power as any that a State possesses.” When operating as employers, he notes, public entities have authority to “regulate even core First Amendment activities,” as the Court ruled in Garcetti v. Ceballos, and certainly can impose the “modest intrusion” involved in this case. In fact, the son of the Gil Garcetti from that Supreme Court case, Los Angeles Mayor Eric Garcetti, submitted an amicus brief along with a number of other mayors making similar arguments on the side of AFSCME.

In addition, the briefs filed in support of AFSCME directly answer some of the basic questions raised about Abood when a conservative majority on the Court criticized that decision in Harris v. Quinn in 2014. Specifically, the Harris majority raised questions about the difficulty in separating union expenditures for collective bargaining as opposed to spending for political purposes, and severely questioned what it called the “unsupported empirical assumption” that the imposition of an agency fee was necessary to allow public sector unions to continue to function. Briefs filed in Janus provide ample support for that assumption. Most notably, 36 economists and professors of law and economics, including three Nobel laureates, filed a briefshowing that “decades, if not centuries, of economic theory and empirical evidence,” including work by conservative economists like Milton Friedman, demonstrate that avoiding “free riders” and requiring non-union members to pay for the benefits of collective bargaining is essential to public sector unions’ survival. Other briefs not only reinforce this point but also, as with the brief filed by New York city unions, demonstrate empirically that processes to distinguish between collective bargaining and political expenditures have been “seamlessly ingrained” in the dues collection process for years, with audit and other protections for non-union members, and that the claim of practical problems is “a red herring” without empirical evidence.

Several of these and other briefs also demonstrate that, as a brief filed by Senators Sheldon Whitehouse and Richard Blumenthal explains, the campaign to overrule Abood is an effort to “enlist” the Supreme Court as one of the “agents” in a blatantly political conflict that threatens to “undermine” the “apolitical integrity” and “institutional standing and authority” of the Court. The Whitehouse-Blumenthal brief catalogues the political interests of the anti-union crusaders involved in the case and their efforts to get the Court to ignore settled procedural and other rules and principles, particularly the long-settled principle about the importance of avoiding the outright overruling of a previous decision like Abood on which many people rely.

Interestingly, one of those strongly anti-labor organizations, the Freedom Foundation, filed its own amicus brief disingenuously claiming that the facts show that public sector unions could “continue to function” without agency fees and that the Court can overrule Abood with the “confidence that labor-management relations will not be negatively affected.” But the Freedom Foundation is sending a very different message to supporters than what it is saying to the Court. The Whitehouse-Blumenthal brief contains a fundraising letter from the Freedom Foundation that shows that while they told the Supreme Court that unions can continue if Abood is overruled, they are saying precisely the opposite outside the Court. In a fundraising letter just a few months before the organization filed its brief, the Freedom Foundation predicted that as a result of a decision in Janus overruling Abood, “millions of workers nationwide” will stop sending fees to unions, and that the decision will help “drive the proverbial stake through their hearts and finish them off for good.”

Hopefully even a conservative justice like Chief Justice Roberts or Justice Kennedy will be sufficiently concerned with the Supreme Court’s institutional integrity to reject these efforts.

A number of other briefs explain in detail the tangible benefits that the bargaining system resulting from Abood has produced for working people, agencies, and the people they serve. For example, a brief filed by child protective service employees explains that Abood-based bargaining systems, under which unions represent workers supported by fair-share fees, have advantages “far beyond the bargaining table.” These include helping produce the trust, relationships, and funding base that permit unions to cooperate with child protection agencies to yield significant improvements in services to children who need them. The brief lays out how this process produced significant bipartisan work in Massachusetts that yielded substantial and acclaimed improvements in agencies’ intake and supervision systems. In Cuyahoga County, Ohio, for example, the results of such collaboration were specific and measurable — agreed-to reforms resulted in a decrease of children in county custody by almost 2,000 in one year, a decrease in the amount of time between intake and investigation from six months to less than 60 days, and a decrease in the number of child deaths for children under county supervision of 25 percent in three years.

We will not know until later this year how the Supreme Court decides the Janus case. The Court is likely to be closely divided, with the four moderate justices likely to resist overruling Abood based on recent decisions, but requiring one more vote to prevail. Based on those recent decisions, that vote may well be difficult to obtain. But as the nation listens to the February 26 oral argument for clues on how the Court may rule, the clear lesson from the many briefs filed in the case is that the Court’s decision could have enormous consequences, not just for AFSCME and other public unions, but also for millions of working people and numerous states, cities, and other employers around the country, as well as for the millions of Americans served by public sector union members.