TRUST and Retaliation: The First Amendment and Trump’s Taxes 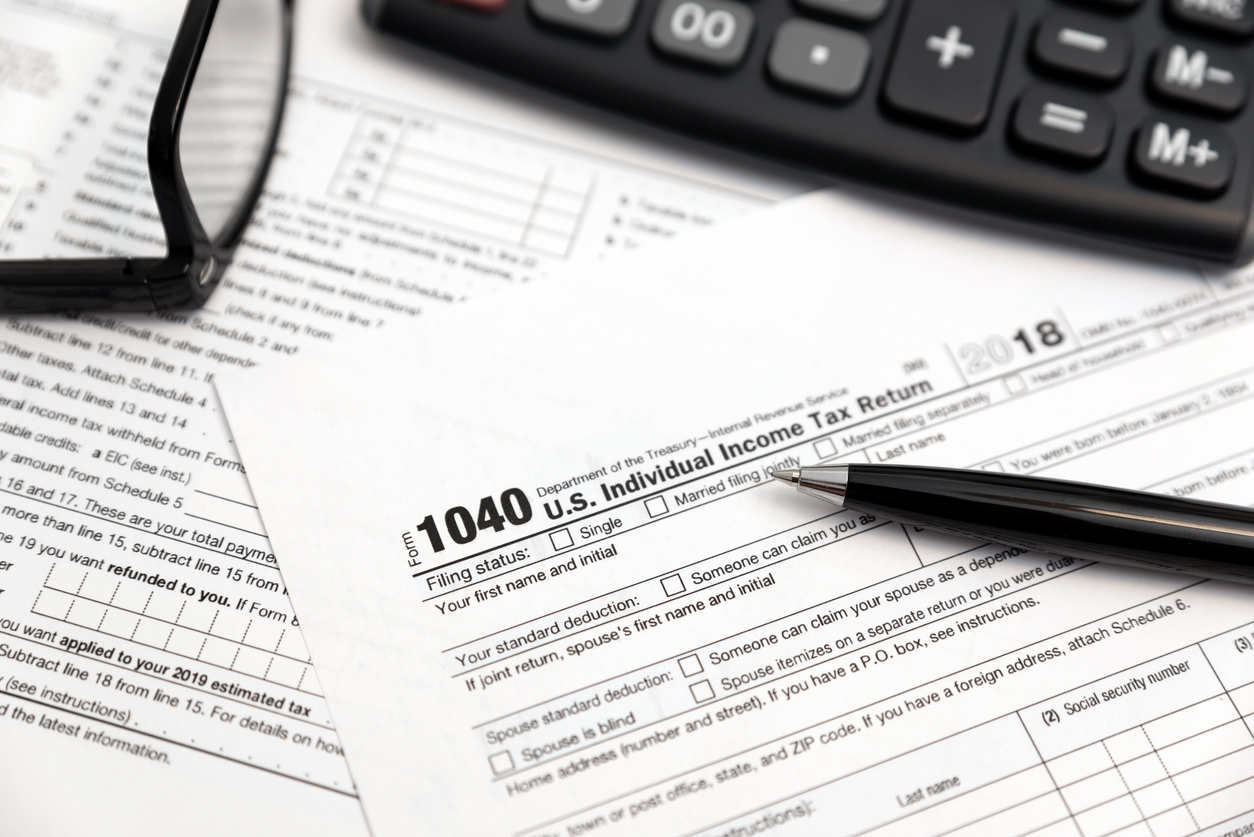 In the latest salvo in his longstanding bid to avoid disclosing his tax returns, President Trump has sued the House Ways and Means Committee, the New York Attorney General, and the New York tax commissioner. The federal suit, filed in Trump’s capacity as an individual citizen, argues that a recently enacted New York law, the TRUST Act, which authorizes the disclosure of state returns filed by certain federal officials to the House Ways and Means Committee, violates the First Amendment because it punishes Trump for his party affiliation and policies. It also claims that the Ways and Means Committee has no lawful purpose for receiving individual state tax returns and has relied instead on pretextual rationales. The suit relies heavily on allegations of pretextual purpose or motive. It alleges state legislators and the Ways and Means chair have conspired to retaliate against and punish Trump because he is a Republican and supports policies they dislike.  However, in pursuing that claim, the president has a motive problem.

During his first two years, the president has had a virtual crash course on litigation focused on actual purpose and unlawful motives. His Muslim ban survived a legal challenge based in part on Trump’s expressions of bigotry against Muslims. However, Wilbur Ross, his Commerce Secretary, got crossways with the Supreme Court when the justices concluded Ross’s reasons for asking about citizenship in connection with the census were pretextual.

Trump is asking a federal court to invalidate the TRUST Act primarily on the ground that officials enacted the law for illicit retaliatory reasons. The complaint cites statements by legislators (and some anonymous sources cited by mainstream media) to support the claim that the law was passed as payback or punishment for Trump’s political affiliation and policy positions. In brief, he is invoking a motive or purpose argument similar to the one plaintiffs relied on in litigation against the administration.

The Law of Purpose

Questions of governmental motive have dominated some recent high-profile Supreme Court cases. In addition to the Muslim ban case, the Supreme Court has considered purpose or motive questions in cases involving alleged anti-religious animus in connection with refusals to make wedding cakes for same-sex couples and the display of a large Latin cross in Bladensburg, Maryland. Determining actual governmental purpose or motive is generally a difficult task. In most cases that is because, unlike President Trump, lawmakers and executive officials do not typically display their biases in tweets and other public statements. In many cases, courts have the difficult task of determining what actually produced the legislation or executive action under challenge.

The Supreme Court has not charted a clear path with regard to issues or pretext and motive. Indeed, its recent forays in this area are uneven. The Muslim ban survived despite very clear evidence of presidential bigotry. That likely had a lot to do with the deference courts show to executives in the realm of immigration rather than any real assessment of presidential purpose or motive. The Supreme Court actually admonished the president for his statements, effectively telling him that presidents can and have done better, but went on to credit his national security explanation all the same. In the wedding cake case, by contrast, the Court scoured the record for evidence of anti-religious bigotry. It found a couple of statements by officials that, when arguably taken out of context, could be characterized as evidence of bias. Concluding that the statements demonstrated animus against the baker owing to his religion, the Court invalidated a state agency order that the baker provide a wedding cake to the same-sex couple.

What, then, should we make of the president’s claims of retaliatory motive or purpose? In his lawsuit, the president relies on what he claims is the TRUST Act’s “unlawful purpose” to punish him for his political affiliation and policies. As evidence of retaliatory purpose, the president points primarily to public statements by the Act’s sponsors and supporters. However, many of those statements expressed the idea that “no one is above the law.” Sponsors of the TRUST Act and other officials also referred to the president’s refusal to provide any information about his taxes as an occasion to insist on some official transparency in this area. In other words, the statements invoked Trump, but only as an example or impetus for tax return transparency.

As Trump’s lawyers are likely aware, courts do not generally look beyond the face of a law to determine whether it has a retaliatory or discriminatory purpose. That does not mean they will – or should – ignore the sort of explicit animus or bigotry Trump expressed in defending his Muslim ban. Moreover, where evidence of pretext is apparent in the record, courts are not shy about calling it out – as, again, Secretary Ross recently discovered. Trump’s complaint urges the court to adopt a broad motive inquiry when it comes to legislative purpose. That approach does not have a lot of support on the Court. In fact, in a case cited in the complaint, which focused on free exercise of religion, only two justices agreed that legislative statements were relevant.

As the Supreme Court said in United States v. O’Brien, which rejected a First Amendment challenge to a federal law banning destruction of draft cards during the Vietnam War, “It is a familiar principle of constitutional law that this Court will not strike down an otherwise constitutional statute on the basis of an alleged illicit legislative motive.” Like Trump, O’Brien relied on statements by various legislators who were opposed to the viewpoints of draft opponents and the optics of draft card burning during the war. The Supreme Court concluded that the law, which on its face regulated the act of destroying government records and not speech, did not violate the First Amendment. Other decisions have also expressed heavy skepticism that courts can derive a single purpose or motive from the statements of members in large and diverse legislative bodies.

The TRUST Act itself does not single out the president or his state returns. It applies to the vice president and other federal officials as well. The Act does not explicitly regulate political affiliation of political speech. Since the Act has not yet been invoked or enforced Trump cannot claim officials have used it to target either Republicans or Democrats. None of the statements cited in the complaint target Trump’s party affiliation or specific policies. Indeed, it is the complaint that points to political affiliation. It suggests that since the defendants are all Democrats, he had established discriminatory purpose. That argument would lead to the absurd conclusion that any law enacted by members of a body dominated by one political party violates the First Amendment if enforced against a speaker belonging to a different party. Evidence of retaliatory purpose in First Amendment cases requires a much more specific showing – for example, that the government has fired someone, or taken some other action against them, because of their political associations or speech.

It is true, as alleged in the complaint, that New York’s legislature passed the TRUST Act in the wake of the administration’s refusal to comply with the House committee’s subpoena for Trump’s tax returns. It is also true that some, perhaps even more than a few, federal and state legislators dislike Donald Trump and may wish to embarrass him through release of his tax returns. However, as noted, the timing of the law and its political climate are not likely enough to establish that the actual purpose of the state law was and is to retaliate against Trump for his speech and associational activities. To give an example, very few jurisdictions had laws on the books regulating or banning protests near the funerals of U.S. veterans killed in action prior to the time members of the Westboro Baptist Church started organizing such protests. Yet the fact that today nearly all jurisdictions have some type of law or regulation concerning this practice does not mean they all violate the First Amendment. So long as the laws are neutral on their face, courts will not generally delve into the legislative motive for enacting them.

In the case of Trump’s tax returns, speculation has been rampant about what the documents might reveal. There are valid transparency, emoluments, and other law and order concerns at stake, particularly as they relate to a president with questionable business dealings – including some reportedly involving Russian officials. Even if the purpose of the TRUST Act is to aid the House Ways and Means Committee in obtaining Trump’s returns, that alone does not establish the state law was a form of payback for Trump’s party affiliation or political expression.

As indicated, the Supreme Court has not always been consistent with regard to motive or purpose inquiries. Despite its strong statements in cases like O’Brien, in another line of cases it has held that if a challenger can muster some evidence of discriminatory enforcement or enactment, then courts may inquire whether the legislature would have enacted or enforced the law anyway, for legitimate reasons. Even under that approach, assuming there is evidence of retaliatory purpose, New York’s legislature could readily point to the above concerns as grounds for answering that question in the affirmative.

If the point of the lawsuit is to show that New York legislators and executive officials do not like the president, the complaint seems hardly necessary. If that were sufficient to prove illicit purpose and invalidate any state or federal law, the president’s lawyers and the courts might quickly be overwhelmed. The president’s attempt to turn the tables by accusing the defendants of unlawful animus is likely to fail.