Trump’s Anti-ACA Sabotage Campaign Tramples On The Constitution -- Why Are ACA Supporters Not Shouting This Out From The Rooftops? 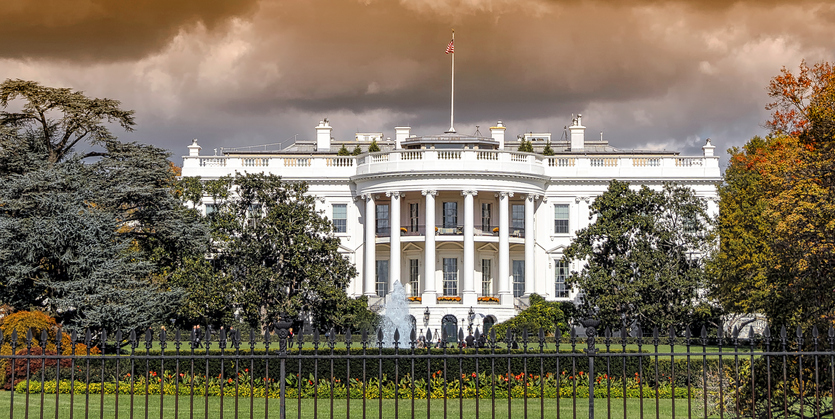 In endlessly excoriating President Barack Obama’s administration of the Affordable Care Act, ACA opponents featured a once obscure constitutional provision, the Article II clause that directs the President to “take care that the laws be faithfully executed.” Legally, the charge that Obama had breached his “take care” obligation was patently meritless, and Obama’s assailants never took their bombast seriously enough to substantiate it, let alone fit it into a claim to take to court.

Indeed, no court has ever invoked the Take Care Clause as a basis for constraining alleged executive overreach. There are obvious reasons for this. If there were an articulated standard for defining a violation of the clause, it could presumably be comparatively complicated to meet it. A jumping off analogy might be former Justice William Rehnquist’s dictum, in the 1985 case Heckler v. Chaney, suggesting that courts must defer to executive branch decisions not to initiate enforcement proceedings, unless an “agency has consciously and expressly adopted a general policy that is so extreme as to amount to an abdication of its statutory responsibilities.” In that vein, to make out a violation of the president’s take care responsibility, one would likely have to demonstrate a pattern of actions that undermine a law, or laws, and – because of the clause’s focus on good faith (“faithful execution”) – actions that hamstring the law intentionally. While bad intentions can be, and often are, proven by objective, circumstantial evidence, executive officials bent on nullifying a law have presumably had sufficient savvy to cloak wrongful intent behind well-orchestrated procedures that would deter a judge from finding or a litigant from hanging her case on an allegation that they did in the law on purpose.

Spurning stealth, President Trump has used every available megaphone to blare his goal of “let[ting] Obamacare explode,” making it “fail,” declaring “[t]here is no Obamacare, it’s dead,” and as recently as October 16, pronouncing the law “finished. It’s gone. There is no such thing as Obamacare anymore.”

And he and his subordinates are following through, however chaotically. Through a blizzard of policies and actions, the administration has sought to obstruct and discourage enrollment by healthy individuals in insurance plans offered on the state-level exchanges. On October 12, Trump issued an executive order directing the Department of Health and Services, in consultation with the Departments of Labor and Treasury, to develop new regulations that stretch provisions of both the ACA and other major health laws, to further spur defection from robust ACA-compliant plans. If not reversed by the courts or Congress, such measures will cause premiums to skyrocket and insurers to exit the ACA exchanges, and hence restore pre-ACA market conditions in which, for many millions of people afflicted by expensive-to-cover health challenges, insurance is unaffordable or unavailable.

In sum, the faithless execution of the law that has always seemed too daunting to prove, is in this case impossible to deny. The harder question is, so what? What practical difference does that make for ACA supporters?

In litigation to challenge administration efforts to subvert the ACA, there is a role for Take Care-based claims and arguments, but the concrete value-add for such challenges will often be limited. This is because many, probably most, potential Take Care claims would arise in situations where an administration has violated, indeed, grossly violated, the statute or statutes in question. But in such cases, there would ordinarily be no need to go further. The challenge should succeed as a simple matter of showing that the agency has misinterpreted a relevant statute, or the Administrative Procedure Act, which authorizes courts to “compel agency action unlawfully withheld,” or reverse decisions that are “arbitrary, capricious, or otherwise not in accordance with law.” For example, take perhaps the most aggressive and consequential recent judicial reversal of agency inaction, the Supreme Court’s 2007 decision in Massachusetts v. EPA. In that case, the Court ordered President George W. Bush’s EPA to initiate a rulemaking proceeding to determine whether and how to regulate greenhouse gases. The Court sternly rejected the Bush Administration’s claimed discretion not to act, admonishing that the law’s direction to use “’judgment’ is not a roving license to ignore the statutory text, [but] a direction to exercise discretion within defined statutory limits.” Thus, this momentous challenge to the Bush Administration’s stonewalling on climate control succeeded, with no need to navigate the uncharted waters of a Take Care Clause claim.

To be sure, the pattern of perversely motivated actions likely to undergird a Take Care claim would also be a persuasive constituent of the case for showing a statutory violation. Hence, adding a Take Care count could add urgency to the latter, more limited claim, and perhaps move a judge to put aside presumptions of deference or impulses for restraint.

The more interesting question is whether and when a Take Care-based claim could yield judicial reversal of a pattern of statute-subverting actions which, viewed individually, might appear within an agency’s discretion. In that vein, Trump Administration agencies have pursued their “death-by-1000 cuts” strategy with such petty measures as reducing the length of the 2018 open enrollment period from three months to 45 days, virtually eliminating funds for “consumer information and outreach” and “eligibility and enrollment,” slashing funding for ACA-prescribed “navigator” groups to assist prospective enrollees, and drastically curtailing Sunday on-line application and enrollment hours. These actions are explicable only as the President himself has explained them – steps to make the law “implode.” Hence, in principle, there is no reason why, on the merits, a lawsuit should not be upheld, targeting some or all of these actions as elements of a scheme to intentionally violate the president’s Take Care obligation. Still, for potential challengers, questions will remain whether, in particular instances, such lawsuits are likely to succeed, and whether they could secure effective and timely relief. So far, health advocates have answered those questions in the negative, but that does not mean that they will need to do so in every case, or indefinitely. This president’s uniquely brazen campaign to make a landmark law fail cries out for judicial reversal, lest Trump’s perfidy stand as a political precedent for future administrations intent on similar defiance of their faithful execution responsibility.

More important, progressives need to learn what conservatives have long understood – that constitutional advocacy is much too potent to be confined to litigation, or directed only at judges. Ignoring their conservative adversaries’ anti-Obamacare recipe, progressive politicians, though they have faulted his successor for imposing misguided policies that will devastate millions of Americans, have not headlined that he is acting unconstitutionally. ACA supporters should stress that our revolution was fought to end the tyrannical rule of a king, and the Framers of our founding charter duly specified that our chief executive is duty-bound to enforce laws enacted by Congress, not suspend those with which he disagrees. Trump flaunts his determination to shred the Framers’ design. ACA supporters could also underscore that this president has uniquely flouted not only his job description in the Take Care Clause, but the linked oath the Constitution requires him to “solemnly swear” before taking office: to “faithfully execute the Office of President of the United States,” and “to the best of my Ability, preserve, protect and defend the Constitution of the United States.” Sheer repetition of Republicans’ similar charges, flimsy though they were, spread doubts about the legitimacy of Obama’s ACA implementation, and, more generally, about his commitment to the rule of law. These perceptions rippled across media and political fora, and may have influenced some judges. In their political messaging, ACA’s supporters need likewise to spotlight the well-based and credible constitutional case against Trump’s sabotage. Such constitutional messaging could in turn be significantly buttressed by litigation and, especially, by a judicial ruling that President Trump is in breach of his most “solemn” constitutional duty.