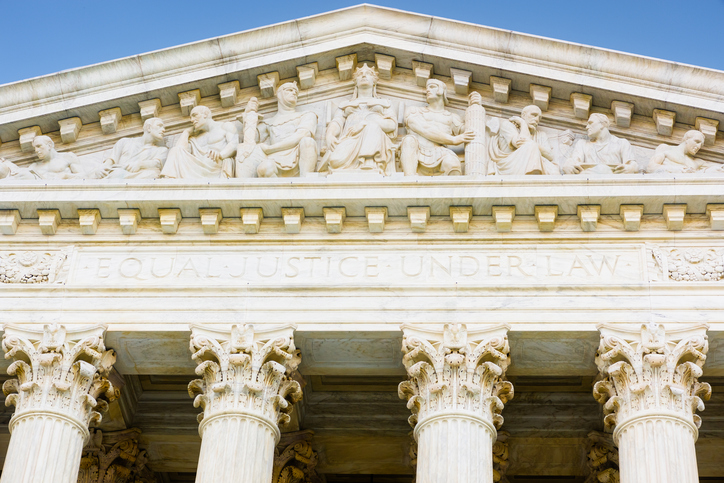 Korematsu, of course, is a justifiably reviled Supreme Court decision, one long regarded as a leading case in the American constitutional anti-canon. It is not surprising, therefore, that this passage in Roberts’s opinion has garnered widespread attention. In her dissenting opinion in Trump v. Hawaii, Justice Sonia Sotomayor welcomes the Court’s “formal repudiation of a shameful precedent” as “laudable and long overdue,” characterizing Roberts’s opinion as “tak[ing] the important step of finally overruling Korematsu.”

However, especially in the context of a decision validating a policy primarily motivated by anti-Muslim animus, there is little to find “laudable” in Roberts’s self-serving discussion of Korematsu. Clearly, Roberts saw “rhetorical advantage” (to borrow his own phrase) in characterizing Korematsu as affirming the deprivation of Japanese Americans’ liberty “solely and explicitly on the basis of race” and then proceeding to forcefully denounce the decision. But the Court deserves very little credit for the manner in which it has sought to clothe a decision upholding Trump’s Muslim ban in the garb of purporting to “overrule” Korematsu.

In fact, a careful reading of both Trump v. Hawaii and Korematsu demonstrates that the Court has overruled precisely nothing. For one thing, on Roberts’s own terms the passage discussing Korematsu is entirely dicta. It is revealing for the Court to protest so loudly that Korematsu “has nothing to do with this case,” but in the next breath to proclaim, just as loudly, that it was thereby overruling that ostensibly irrelevant precedent.

More fundamentally, however, Roberts provides an incorrect and misleading account of Korematsu itself—which means that the decision he purports to “overrule” is not quite the one that the Korematsu Court itself actually rendered. Roberts’s opinion characterizes Korematsu as holding that “the forcible relocation of U.S. citizens to concentration camps, solely and explicitly on the basis of race” is constitutional. While that formulation operates effectively to make Korematsu seem more distant from Trump v. Hawaii than it actually is, it incorrectly describes what Korematsu actually purported to decide and fails to adequately grapple with the decision’s flaws.

There is no question that the exclusion, removal, and internment of Japanese Americans during World War II was motivated by racial hostility and discrimination. The policy emerged from a climate of openly racist hysteria, in which politicians, opinion writers, and anti-Asian nativist groups loudly campaigned for mass exclusion, removal, and incarceration of Japanese Americans living on the Pacific Coast. Federal officials proved sympathetic. The Pacific Coast military commander, Lt. Gen. John L. DeWitt, made many racist statements to justify his recommendation for internment—including, to take just one example among many, by describing Japanese Americans as “a large, unassimilated, tightly knit racial group, bound to an enemy nation by strong ties of race, culture, custom and religion.”

In Korematsu itself, however, the Court did not, in fact, profess to validate “the forcible relocation of U.S. citizens to concentration camps, solely and explicitly on the basis of race,” as Roberts suggests. Rather, in a manner very much akin to Roberts’s opinion in Trump v. Hawaii, Justice Hugo Black’s opinion for the Court in Korematsu danced around and downplayed the openly racist context from which the government’s exclusion order emerged. (Contrary to Roberts’s description, Black also focused exclusively on the order excluding Japanese Americans from the Pacific Coast—rather than the broader overall policy of exclusion, forcible removal, and incarceration of which the exclusion order was one integral component—and thereby downplayed the strength of the liberty interests at issue.) Like Roberts, Black ultimately proved unwilling to examine the true reasons behind an order that facially purported to rest on security-related grounds independent of racial animus, hostility, or discrimination.

A comparison of the language in the two cases makes clear just how misleading Roberts’s account of Korematsu actually is—while at the same time confirming Sotomayor’s observation that there are “stark parallels between the reasoning” of the two cases. In his opinion, Roberts acknowledges that “one religious denomination cannot be officially preferred over another” under the First Amendment. For his part in Korematsu, Black, who had formerly been involved with the Ku Klux Klan, acknowledged in a similarly pro forma manner that “racial antagonism never can” justify “legal restrictions which curtail the civil rights of a single racial group.”

However, Black went on to emphasize that Korematsu “was not excluded from the Military Area because of hostility to him or his race.” Rather, Black maintained, Korematsu was excluded for reasons other than discrimination: “because we are at war with the Japanese Empire, because the properly constituted military authorities feared an invasion of our West Coast and felt constrained to take proper security measures, [and] because they decided the military urgency of the situation demanded that all citizens of Japanese ancestry be segregated from the West Coast temporarily.” Similarly, Roberts’s Trump v. Hawaii opinion emphasizes that the presidential proclamation instituting Trump’s third Muslim ban “is expressly premised on legitimate purposes: Preventing entry of nationals who cannot be adequately vetted and inducting other nations to improve their practices. The text says nothing about religion.”

In Korematsu, Black emphasized that “the military authorities considered that the need for action was great, and time was short. We cannot—by availing ourselves of the calm perspective of hindsight—now say that at the time these actions were unjustified.” In Trump v. Hawaii, Roberts similarly insists that “we cannot substitute our own assessment for the Executive’s predictive judgments on such matters, all of which ‘are delicate, complex, and involve large elements of prophecy.’”

At the time that Korematsu was decided, Justice Robert Jackson—whose dissenting opinion in Korematsu Roberts eagerly embraces in Trump v. Hawaii—fully understood that the government’s arguments and Black’s opinion rested on an unwillingness to examine the true reasons for the exclusion order. As Jackson described in his dissent, “it is said that if the military commander had reasonable military grounds for promulgating the orders, they are constitutional and become law, and the Court is required to enforce them.”

Jackson was unwilling to abdicate the judicial role to that extent. (Neither, it must also be noted, was Jackson ultimately prepared to have the judiciary stand in the way of internment, for which Eugene Rostow criticized him in his 1945 law review article on the Supreme Court’s internment cases.) Jackson noted that “[t]here is sharp controversy as to the credibility of the DeWitt report” that recommended and justified the military’s exclusion and internment orders. “How does the Court know that these orders have a reasonable basis in necessity? No evidence whatever on that subject has been taken by this or any other court,” he added.

In his separate dissenting opinion, Justice Frank Murphy went further. Murphy devoted several pages of his opinion to highlighting, quoting, and analyzing in detail a litany of racist statements by DeWitt, in both his report and other venues, that provided substantial evidence that the military exclusion order “was the result of this erroneous assumption of racial guilt rather than bona fide military necessity.” Faced with this substantial body of evidence illustrating the racist motivations for the policy, Murphy had little difficulty concluding that the government’s exclusion order fell “into the ugly abyss of racism.”

By contrast, Black declined even to acknowledge the existence of any these statements, much less contemplate their significance and relevance. Here, too, there are disquieting similarities between Roberts’s opinion in Trump v. Hawaii and Black’s opinion in Korematsu. Roberts does not go quite as far as Black in ignoring evidence of animus and hostility altogether. Eventually, on page 32 of a 39-page opinion, Roberts does get around to acknowledging and providing a cursory summary of some of the statements by Trump and his advisers “casting doubt on the official objective of the Proclamation.”

This sanitized discussion, however, comes as an afterthought in Roberts’s opinion—recited for the purpose of responding to and refuting the plaintiffs’ claims, not as part of the factual discussion establishing the origins, chronology, and development of Trump’s three Muslim bans. As Sotomayor correctly observes, Roberts’s “highly abridged account does not tell even half the story” and greatly minimizes the evidence demonstrating that the Muslim ban “was motivated by hostility and animus toward the Muslim faith.” After blithely stating that the Muslim ban must be upheld if it is “plausibly related to the Government’s stated objective,” Roberts more or less phones it in for the rest of his analysis of the substantial evidence that Trump’s order is motivated by animus and hostility against Muslims—just as Black casually dismissed the “contention that the exclusion was in the nature of group punishment based on antagonism to those of Japanese origin.”

Ultimately, Roberts’s emphatic but misleading disavowal of Korematsu functions mostly as a jurisprudential version of protesting that the Court “doesn’t have a racist bone in its body,” or of  trotting out the Court’s Japanese American friend to refute any contention that it might be validating racism. At the most obvious level, it affords Roberts and the other justices who validated Trump’s Muslim ban an opportunity to congratulate themselves and take a victory lap for denouncing Korematsu and to fish for favorable reactions to its decision. To a considerable extent, that effort has succeeded. News coverage of Roberts’s discussion of Korematsu has been largely favorable. The opinion’s discussion of Korematsu even seems to have caused some observers opposed to the Court’s ruling to pull their punches a bit in criticizing the decision, tempering their critiques with undeserved applause for Roberts’s denunciation of Korematsu.

At a deeper level, however, Roberts’s narrow and misleading characterization of Korematsu provides further evidence that for the Supreme Court’s conservative majority, the terrain on which constitutional equality issues legitimately arise is narrow, limited, and shrinking. Characterize Korematsu as purporting to expressly validate the “forcible relocation of U.S. citizens to concentration camps, solely and explicitly on the basis of race,” and the Roberts Court will happily pat itself on the back for taking the utterly noncontroversial step of decisively repudiating that distorted description of the decision decades after the fact. (As Andrew Prokop reacted on Twitter in response to Roberts’s discussion, “Thanks?”) Characterize the case more accurately instead as one in which the Court failed to adequately grapple with the underlying racism of a policy that purports to rests on grounds other than racial discrimination, and the decision’s actual flaws and true implications become more clear.

Especially at a moment in which the Supreme Court’s conservative bloc has aggressively sought to render suspect the very acts of alleging discrimination and examining evidence in support of discrimination claims, for Roberts and his conservative majority to provide a fully accurate account of Korematsu v. United States and its flaws would have hit uncomfortably close to home. Instead, Roberts engaged in a cheap parlor trick: purporting to “overrule” a narrow, distorted version of Korematsu while simultaneously embracing and replicating that decision’s actual logic and reasoning in the course of his own decision-making. Far from being any cause for celebration, that sleight of hand instead should be regarded as the latest in a series of warning signs for anyone who cares about equality—not only in the context of the Muslim ban itself, but in the context of a wide range of other areas, such as voting rights and racial gerrymandering, in which Roberts and his conservative colleagues have made increasingly clear that they are happy to say one thing and do another.