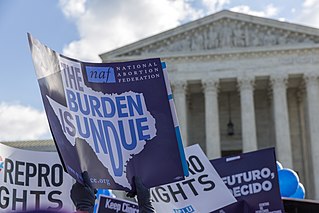 In Whole Women’s Health v. Jackson, the U.S. Supreme Court recently refused to block enforcement of a new Texas law that effectively bans most abortions, without exceptions even for rape or incest.. The Court’s action led some observers to ask, What about the Supreme Court’s 1948 decision in Shelley v. Kraemer?

In Whole Women’s Health, a five-member majority of the Court declined to grant a stay or to temporarily enjoin enforcement of the new law which, in the words of Chief Justice Roberts’s dissent, “impose[s] a prohibition on abortions after roughly six weeks, and then essentially delegate[s] enforcement of that prohibition to the populace at large.” The unsigned majority opinion states that, while the plaintiffs challenging the law had raised “serious questions” regarding its constitutionality, their application for emergency relief presented “complex and novel antecedent procedural questions” that precluded the relief they requested.

The majority in Whole Women’s Health allowed the law to go into effect because it was unclear to them whether the state officials named as defendants in the lawsuits could or would enforce the law, and it was also unclear whether the U.S. Supreme Court could issue an injunction against state judges asked to decide a lawsuit brought under the law. Moreover, the majority noted that the sole private-citizen defendant before the Court had filed an affidavit stating that he “has no present intention to enforce the law.” As Justice Sotomayor stated in dissent, the majority’s decision allowing the Texas law to go into effect resulted in prohibiting care for at least 85 percent of Texas abortion patients, caused many abortion providers to shut down, and exposed any that remain in operation to costly damages and attorneys’ fees in enforcement lawsuits brought by private-citizen bounty hunters.

As the dissenters in Whole Women’s Health point out, the Texas law is “clearly unconstitutional under existing precedents.” The Court held in 1973 in Roe v. Wade, and reaffirmed in 1992 in Planned Parenthood of Southeastern Pa. v. Casey, that a woman’s right to choose to have an abortion before fetal viability is a liberty protected by the Due Process Clause of the Fourteenth Amendment. Justice Sotomayor explained that, through “procedural entanglements of the State’s own creation,” the majority has now allowed Texas to “evade federal judicial scrutiny by outsourcing the enforcement of unconstitutional laws to its citizenry.” Chief Justice Roberts agreed that “[t]he desired consequence [of the law’s statutory scheme] appears to be to insulate the State from responsibility for implementing and enforcing the regulatory regime.”

Inexplicably, neither the majority opinion nor the dissents in Whole Women’s Health contain any citation or discussion of the Court’s decision in Shelley. The Shelley case involved two lawsuits, one from Missouri and the other from Michigan, in which white homeowners sought state judicial enforcement of covenants that restricted the ownership or occupancy of real property to whites only. The courts of those states had held that the restrictive covenants must be enforced under state law. The U.S. Supreme Court reversed, holding that, “in granting judicial enforcement of the restrictive agreements in these cases, the States have denied petitioners [Black home buyers] the equal protection of the laws [in violation of the Fourteenth Amendment], and that, therefore, the action of the state courts cannot stand.” (Emphasis added.) As the Court recognized even in 1948, it had “long been established by decisions of this Court” that “the action of state courts and judicial officers in their official capacities is to be regarded as action of the State within the meaning of the Fourteenth Amendment ….”

The Shelley opinion cited, among several other decisions, the Civil Rights Cases, in which in 1883 “this Court pointed out that the [Fourteenth] Amendment makes void ‘State action of every kind’ which is inconsistent with the guaranties therein contained, and extends to manifestations of ‘State authority in the shape of laws, customs, or judicial or executive proceedings.’" The Court in Shelley fully recognized and endorsed the broad understanding of “state action” reflected in the Civil Rights Cases. Indeed, the Shelley opinion quoted many of the phrases used by the Court in the Civil Rights Cases to express this understanding, including "the operation of State laws, and the action of State officers executive or judicial"; "State laws and State proceedings"; "State law . . . or some State action through its officers or agents"; "State laws and acts done under State authority"; "State laws, or State action of some kind"; "such laws as the States may adopt or enforce"; "such acts and proceedings as the States may commit or take"; "State legislation or action"; and "State law or State authority."

Shelley thus stands for the proposition that the state itself violates the Constitution when it adopts or enforces an unconstitutional law: “The Constitution confers upon no individual the right to demand action by the State which results in the denial of equal protection of the laws to other individuals.” The Court in Shelley recognized – like Courts stretching back into the Nineteenth Century – that the Fourteenth Amendment can be violated by “State action of every kind,” including “State authority in the shape of laws,” “the operation of State laws,” “State laws and acts done under State authority,” and “State legislation or action.” This leaves no room for a state to evade federal judicial scrutiny by authorizing private citizens to enforce unconstitutional laws.

Just as the Court in Shelley held that the restrictive covenant laws of Missouri and Michigan deprived Black home buyers of their rights under the Fourteenth Amendment, the Texas abortion law now deprives women of their rights under the Fourteenth Amendment. When the Texas courts apply the state’s unconstitutional abortion law in litigation brought by private-citizen bounty hunters, Shelley demands that “the action of the state courts cannot stand.” And, under the reasoning of Shelley and the Civil Rights Cases, the unconstitutional law itself – even before the courts take any action to enforce it – is a sufficient “manifestation of State authority” to violate the Amendment.

The Department of Justice endorsed this view of Shelley in the suit it recently filed against Texas seeking declaratory and injunctive relief on the grounds that the Texas law is invalid under the Supremacy Clause and the Fourteenth Amendment, is preempted by federal law, and violates the doctrine of intergovernmental immunity. The Department’s complaint cites and quotes Shelley for the proposition that “State action, as that phrase is understood for the purposes of the Fourteenth Amendment, refers to exertions of state power in all forms." The complaint goes on to note that, “[u]nder the state-action doctrine, private actors also may be found to function as agents or arms of the state itself and thus are bound by the Constitution,” and that private individuals may be found to be state actors when they “exercise ‘powers traditionally exclusively reserved to the State’” or when they are “significantly involved in conduct that would be unconstitutional if engaged in by the State itself or Texas has sanctioned their conduct.” The Department also cited Shelley in support of its subsequent emergency motion for a temporary restraining order or preliminary injunction blocking enforcement of the Texas law.

The analysis above hinges, of course, on the view that women still have the Fourteenth Amendment rights recognized in Roe and Casey. Even in the 1992 Casey ruling, however, four members of the Court – Rehnquist, White, Scalia, and Thomas – were prepared to hold that no such rights exist. A majority of the Justices on the current Court may ultimately agree that its prior decisions should be overruled, and that women should no longer have the rights that are being denied by the new Texas law. The Court may address the continuing vitality of Roe and Casey when and if the new Department of Justice lawsuit reaches it, and will have yet another opportunity to reconsider those decisions during the coming Term when it reviews the Fifth Circuit’s decision in Jackson Women’s Health Organization v. Dobbs.

As things stand now, however, Roe and Casey are still good law. It is difficult to see how the Court can continue to ignore Shelley and thereby avoid the conclusion that the Texas law violates the Fourteenth Amendment. The Court will have other opportunities to reach the correct conclusion, either in the pending case filed by the Department of Justice or in future lawsuits brought by private-citizen bounty hunters.

Patrick O. Patterson is a civil rights lawyer who served as Senior Counsel to the Chair of the Equal Employment Opportunity Commission from 2010 to 2014, and as Deputy Director of the Department of Labor's Office of Federal Contract Compliance Programs from 2014 to 2017. He previously taught employment discrimination law, among other subjects, at the University of Wisconsin and UCLA Law Schools, and served as Assistant Counsel (New York) and Western Regional Counsel (Los Angeles) for the NAACP Legal Defense and Educational Fund, Inc.