The Shutdown and a Conscientious Legislator's Guide to Checks and Balances 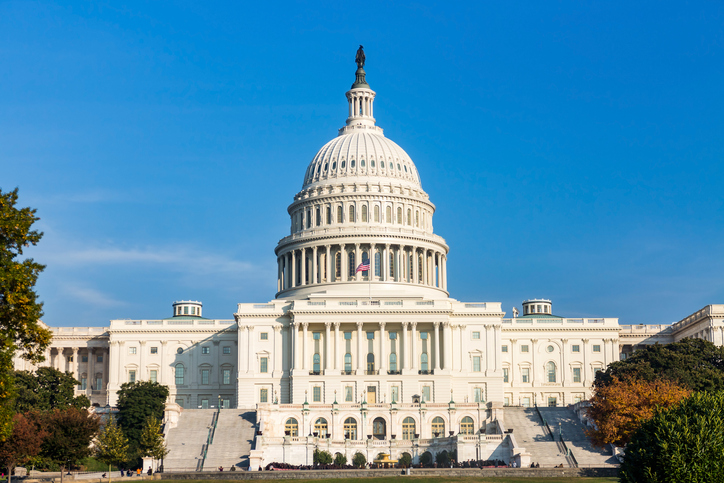 Whatever one’s views on immigration policy or border security, the refusal of Republican legislators to join Democrats in re-opening the government before negotiating with President Trump is intensifying a genuine constitutional crisis. They are not only enabling the President’s breach of his oath to take care the laws be faithfully executed. They are surrendering Congress’s preeminent role in controlling the constitutional appropriations process.

Over forty years ago, Paul Brest, a prominent constitutional scholar who went on to become dean of Stanford Law School, wrote a short, but powerful law review article entitled, “The Conscientious Legislator's Guide to Constitutional Interpretation.” Brest made two key points. One is that Members of Congress should regard themselves as duty-bound to make an independent evaluation of the constitutionality of any proposed legislation on which they are voting. The second is that, in making that evaluation, a conscientious legislator should not simply predict how a court would respond. Courts often allow statutes to stand based on deference to legislative judgment or difficulties in determining legislative motive. For example, cutting back on government programs might be constitutional if intended as good-faith economic measures, but not if the cutbacks are designed specifically to hurt minority voters. Courts are reluctant, however, to second-guess legislative motive for fear of intruding on Congress’s legitimate legislative powers. But conscientious legislators need not defer to themselves, so to speak. Members know perfectly well, in most cases, what the real purpose of a bill is: whether it is really aimed at harming some minority or constitutionally protected interest, or if its operation is so far from achieving its supposed objective that it should not be regarded as sufficiently rational to pass constitutional muster.

Brest’s insight is not limited to a Member’s evaluation of legislation. It is no less important that Members be constitutionally vigilant before allowing their body or its leadership to either usurp the powers of other branches of government or to abdicate its own. It was on this basis that I argued in 2016 that the Senate’s refusal to take up the nomination of Judge Merrick Garland to succeed Justice Antonin Scalia was unconstitutional. The Senate’s stonewalling presumed a role for that body in the constitutional appointments process that went far beyond anything the Framers intended. Senate intransigence prevented President Obama, who had been elected to a second term of four years, not three, from performing his own assigned function with regard to a Supreme Court vacancy. I wrote: “Should presidents or legislators work to undermine each other’s constitutionally assigned functions . . ., it is hard to see how they are not violating their respective oaths.” Oath breaking is a constitutional violation, even though no federal court would regard itself as empowered to order the Senate to hold confirmation hearings, much less to vote on a nomination.

There is likewise no federal court available in 2019 to order Congress to reopen the government and end the longest shutdown in U.S. history. But Congress’s refusal to do so is just as dangerous to the constitutional framework, as is President Trump’s strong-arm strategy. The willingness of Republican Senators to abet that strategy is an abject abdication of the legislative power.

Presidents are constitutionally obligated to “take care that the laws be faithfully executed.” Courts have not given “faithful execution” any clear or precise definition. There is general agreement, however, that the clause was intended to prevent the executive from suspending laws. The idea is borrowed directly from the English Bill of Rights. And there is no definition of “faithful” that would countenance suspending the execution of the law solely to force Congress’s hand in appropriating funds to support a presidential campaign promise. Every part of the government that is currently shut down was chartered by Congress to carry out a statutory mission. The tasks currently compromised involve law enforcement, airport security, food safety, environmental protection, and the management of national parks. Trump’s intransigence is not motivated by the prospect of performing any of these tasks yet more effectively. He is suspending the law in order to browbeat Congress on funding his border wall.

The Senate could bring his unseemly spectacle to a halt by voting to approve House legislation reopening the government, largely on terms that the GOP Senate already approved in 2018. But Majority Leader Mitch McConnell—with the mostly silent support of the Republican Senate majority—has adopted the Garland nomination approach. There will be no vote on the House bills, he says, because the President opposes them. The Senate’s obsequiousness effectively surrenders to a president the power to determine appropriations. There should be veto-proof majorities in both Houses to put government back to work.

The power of the purse is Congress’s most pivotal authority in the constitutional scheme of checks and balances. Congress would abdicate that power should it concede a president’s right to demand funding for a campaign promise as a precondition for funding wholly unrelated parts of the government. Negotiating with an extortionist is to invite more extortion.

In his 1975 article, Paul Brest did not address “the practical problems that confront a legislator whose constitutional obligations conflict with the political demands of his office.” “Perhaps it is naïve,” Brest acknowledged, “to assume that the Constitution will often prevail when political interests are threatened.” But his point still holds: “One can reasonably demand . . . that the lawmaking process take explicit account of constitutional values threatened by pending legislation.” It is no less reasonable to demand that Congress consider the constitutional implications of prostrating itself before a president’s demand for money. The only constitutionally responsible stance is, “Open the government, and then we’ll talk.”