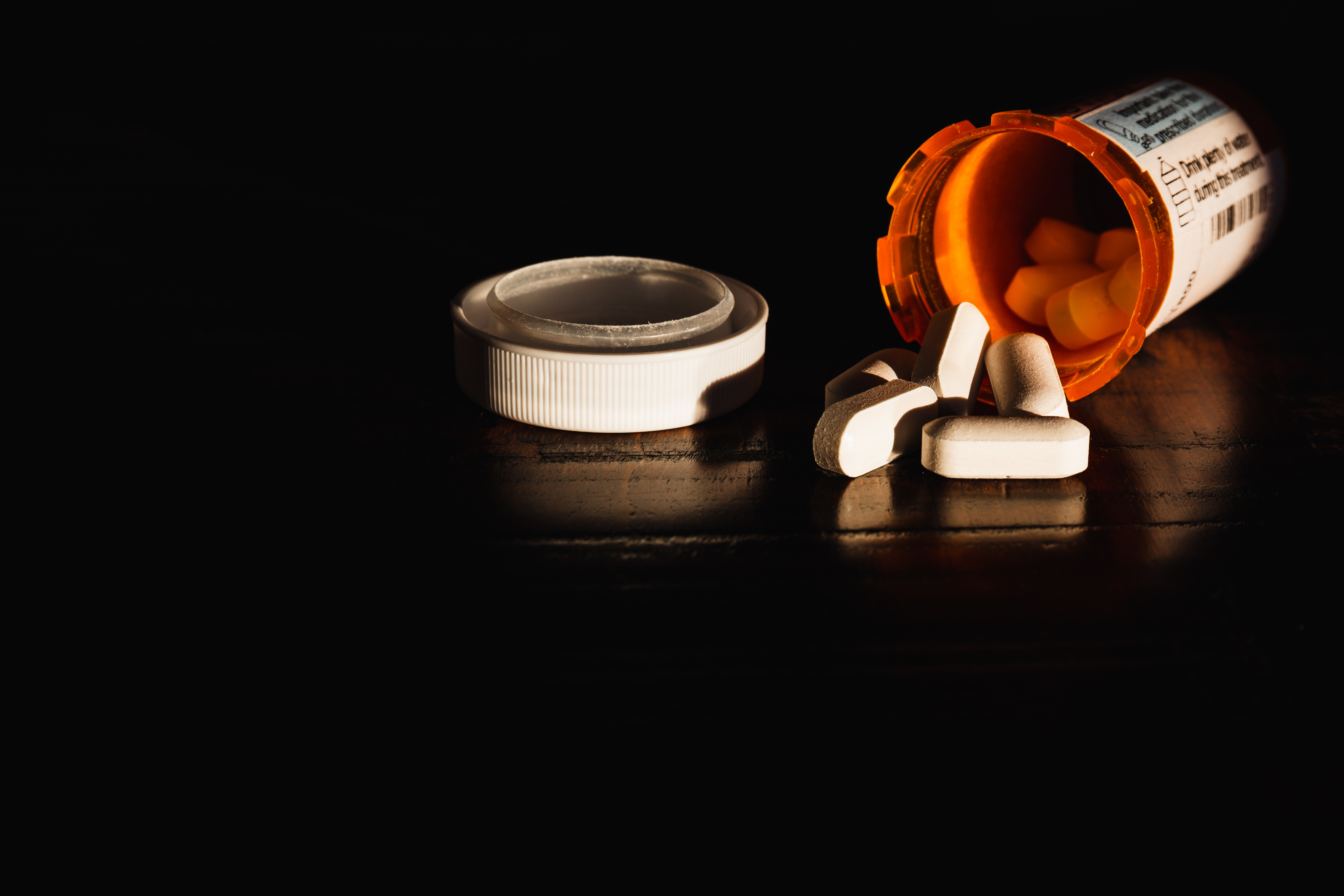 On August 26, Judge Thad Balkman delivered a $572 million judgment against pharmaceutical giant Johnson & Johnson for the company’s role in fueling the opioid epidemic in Oklahoma. In the discussion that follows, Stanford Law Professors Michelle Mello and Nora Freeman Engstrom discuss the decision and how other cases tied to the national opioid crisis are developing.

The Oklahoma decision took many onlookers by surprise. How did the case unfold? And what did Judge Balkman find?

On Monday, Cleveland County District Judge Thad Balkman of Oklahoma issued a judgment that capped off a long and closely-scrutinized trial wherein the Oklahoma Attorney General faced off against Johnson & Johnson (J&J), claiming that J&J contributed to the opioid epidemic that has devastated the state of Oklahoma.

To understand the verdict, a bit of background is helpful. When Oklahoma initially sued, it cast the net broadly, asserting claims against several defendants under several causes of action.  Certain defendants (namely, Purdue and Teva) chose to settle rather than roll the dice at trial. (Purdue, the maker of OxyContin, agreed to pay Oklahoma $270 million and Teva, one of the world’s leading providers of generic drugs, $85 million; neither admitted wrongdoing.)  Further, over time, Oklahoma’s various causes of action got winnowed down to the singular claim that J&J had created a public nuisance by aggressively and deceptively marketing opioid products to Oklahoma’s doctors and patients.  This posture meant that Oklahoma’s victory at trial was far from a foregone conclusion, as public nuisance claims can be very hard to prove, particularly in cases that relate to dangerous products.

With that table set, the trial began on May 28, 2019.  In a crowded courtroom in Cleveland County, it stretched on for nearly seven weeks and featured dozens of witnesses and more than 800 exhibits. The trial was a bench trial, meaning there was no jury, but there was a written opinion explaining the judge’s decision.  Judge Balkman’s 42-page opinion offers a cogent summary of the evidence and governing law and, broadly, vindicates Oklahoma’s litigation strategy. The opinion finds that J&J engaged in a deceptive marketing campaign designed to convince Oklahoma doctors and the public that opioids were safe and effective for the long-term treatment of chronic, non-malignant pain. Further, this “false, misleading, and dangerous marketing” caused “exponentially increasing rates of addiction [and] overdose death,” which ravaged the Sooner State. The picture Judge Balkman draws is stark and, for J&J, devastating.

Are individuals suing drug companies too? Are there class action cases that are relevant?

There are some suits by individuals, but we don’t believe that’s where the big money damages—and the real social impact of the litigation—will be.  More important is the pending federal multi-district litigation (MDL), which consolidates nearly 2,000 individual federal lawsuits brought by cities, counties, municipalities, and tribal governments in a single action before Judge Dan Polster in Cleveland, Ohio. Additionally, 48 states have initiated separate litigation, with a lineup of claims and defendants similar to the MDL.

Does this win for Oklahoma mean these other plaintiffs have an easy road ahead?

Not easy, but potentially easier. The Oklahoma case is what we call a bellwether. Like the ram that leads the other sheep this way or that, the bellwether trial doesn’t control the path of future litigation. But it does go first, and it helps to indicate trends.

As a bellwether, the big verdict here is very reassuring to the many states, counties, municipalities, and tribes suing opioid makers, distributors, and retailers, and it is, correspondingly, very disturbing for those who made and sold opioids to the American public.  The verdict suggests that this litigation has legs, and that judges and juries may be willing to pin blame not just on Purdue, the maker of OxyContin, but on others who played an arguably less central role in fueling this public health crisis.

What is striking is how damning Judge Balkman’s factual conclusions about J&J’s conduct are, and how similar they are to the allegations made against other opioid manufacturers in other cases.  All the things he objected to regarding J&J’s marketing practices are things that others, too, allegedly have done.  Some of them are things that multiple companies banded together to do. Plaintiffs’ attorneys should be feeling pretty confident about their chances of persuading other courts that those practices are problematic.

Is Oklahoma free to use the award as it wishes? Will the state share some of the award with the people who died or suffered in the opioid crisis (if the decision is upheld on appeal)?

The damages in this case are intended to fund the Oklahoma’s “nuisance abatement plan.”  That’s the remedy in a public nuisance case: The defendant has to pay to clean up the mess it made. In this case, Oklahoma provided a detailed plan laying out what would be needed to abate the opioid problem in the state. The costs added up to $572 million for the first year, and that’s what the judge awarded—not the $17 billion Oklahoma sought for a multi-year abatement effort.

The plan specifies that the money will be used for opioid use disorder screening, prevention and treatment ($292 million), housing and other services for those in recovery ($32 million), continuing medical education programs ($108 million), a pain management benefit program ($103 million), treatment of neonatal abstinence syndrome ($21 million), and other services.  Individuals won’t be direct recipients of the funds, though they may receive the services funded.

Legally, what happens next?

J&J has vowed to appeal the “flawed” Oklahoma judgment, and we expect that the judgment will be appealed, first to Oklahoma’s intermediate, and then, likely, to its supreme, court.  More immediately, though, attention will turn from Oklahoma to Ohio.  The first bellwether trial in the MDL, involving claims from Ohio’s Cuyahoga and Summit counties, is scheduled to begin on October 21.

Even as they prepare for trial, however, lawyers for both plaintiffs and defendants are also, no doubt, continuing to work toward reaching a broad and encompassing settlement.  When Judge Polster was first assigned the MDL back in January 2018, he made no bones about his desire to do “something meaningful to abate this crisis”—and to do it quickly.  It hasn’t been easy to execute on that, which isn’t surprising given the unprecedented magnitude and complexity of the litigation.

Still, we expect that, sooner or later, the opioid litigation will settle.  Indeed, even as we write, news is breaking that Purdue and the Sacklers may be in the midst of a negotiation whereby Purdue would declare bankruptcy and the Sacklers would contribute a cash payment of roughly $4.5 billion plus relinquish ownership of the company, in return for peace with plaintiffs.

But even forging a settlement involving just those two entities is tricky—and forging a broader settlement will be exponentially harder for a number of reasons.  One is that any truly global agreement needs to pass muster with a range of defendants, some of whom have comparatively shallow pockets, and all of whom sold (or made or distributed) different products, at different times, in different quantities, in different states.  And, on the other side of the table, any settlement agreement needs to get buy-in from both those plaintiffs in the MDL and also state attorneys’ general, who have their own distinct set of priorities and interests relating to their separate lawsuits.  Further, because only a small proportion of eligible cities and counties have joined the MDL to date, any global settlement needs to somehow—equitably but firmly—close the courthouse door on those potential future plaintiffs.  None of this will be easy to accomplish.  But whenever new information reduces uncertainty about how courts would resolve a legal dispute, settlement becomes more likely—and, here, the Oklahoma verdict makes a significant contribution.

Nora Freeman Engstrom, Professor of Law and Deane F. Johnson Faculty Scholar, is a nationally-recognized expert in tort law, legal ethics, and complex litigation. Her work explores the day-to-day operation of the tort system—particularly its interaction with alternative compensation mechanisms. Michelle Mello, Professor of Law and Professor of Health Research and Policy (School of Medicine), is a leading empirical health scholar and the author of more than 150 book chapters and articles, including “Drug Companies’ Liability for the Opioid Epidemic,” recently published in the New England Journal of Medicine.