The Ohio Partisan Gerrymandering Decision: A Worthy Model for the Supreme Court 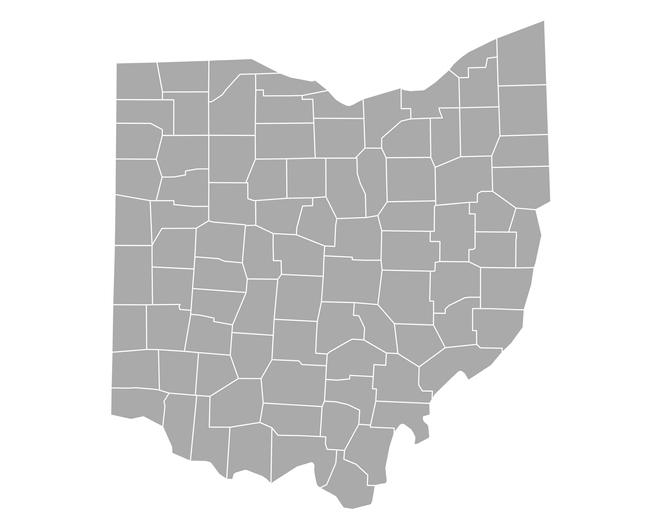 Daniel Tokaji is a member of the ACS Board of Advisors.

The three-judge district court opinion holding Ohio’s congressional districts unconstitutional confirms what we in the Buckeye State have known for a long time: the state’s map is an extreme partisan gerrymander, one that has diminished our democracy. The 2011 congressional plan locked in a 12-4 Republican majority in Ohio’s congressional delegation, a remarkable feat given that the state as a whole remains competitive between Republicans and Democrats. (In 2018, Ohioans reelected Democrat Sherrod Brown to the U.S. Senate 53.4%-46.6%, while also electing Republican Mike DeWine as Governor 50.4%-46.7%.)

Ohio’s districts are a finely honed example of a tried-and-true approach to partisan gerrymandering.  The plan packs opposition voters (in this case Democrats) in just a few districts, leaving the remaining districts safely in the hands of the dominant party (in this case Republicans) without wasting too many of their votes.

What are the national implications of Ohio’s ruling? This extreme congressional gerrymander has already spurred political reform.  A successful referendum reforming the process was overwhelmingly approved by voters and will take effect after the 2020 census. But at the moment, the district court decision on Ohio – like the decision invalidating Michigan’s state legislative districts a few days before – is a sideshow. The main events are the partisan gerrymandering cases out of Maryland and North Carolina that are currently pending before the Supreme Court. Ohio and Michigan have thus sought stays, to which responses are due today. Whether or not the Court grants these stays, these lower court rulings must be regarded as provisional. Their fate hinges on what the Court does in the pending Maryland and North Carolina cases.

Still, the Ohio decision – viewed alongside those that have come before it – sheds new light on the constitutional problem of partisan gerrymandering. As Nick Stephanopoulos notes, the lower courts have now coalesced around a constitutional standard for vote dilution. The Ohio decision also represents the most careful treatment of the claim that extreme partisan gerrymanders violate the First Amendment right of association, an argument that I have pressed alongside other law professors in amicus briefs before the Supreme Court. The district court’s careful review of the facts exposes the sinister intent and pernicious effects underlying Ohio’s congressional plan, while exposing the fallacy of arguments made in defense of such extreme partisan gerrymanders.

On the vote dilution claim, the Ohio court applied a test similar to that which multiple other district courts have embraced. That standard requires plaintiffs to show (1) a discriminatory intent in the drawing of each district, and (2) a discriminatory partisan effect. Even if they can do so, defendants may still prevail if they may show (3) a legitimate justification for the districts.

The court’s lengthy opinion meticulously demonstrates how all of Ohio’s districts were infected with partisan bias. The original districts were drawn in a room at the Doubletree Inn, which was described in email as the “bunker,” where Republican staffers drew the new districts, with heavy input from Speaker John Boehner’s team. Although sham public hearings were held, Republicans kept the public – and Democratic legislators – in the dark until almost the very last moment.

Having had a front-row seat to Ohio’s 2011 redistricting process, I’m impressed with the court’s careful analysis of the facts. Internal communications among Republicans leave no doubt that their goal was to make 12 of 16 districts safely Republican, even in a strong Democratic year, while concentrating Democratic voters in four heavily packed districts. Line-drawers privately used terms like “‘dog meat’ voting territory” and “the Franklin County Sinkhole” to refer to areas where Democratic voters were concentrated. Their strategy of packing those voters into four districts succeeded marvelously. Twelve districts have remained safely Republican since they were drawn in 2011. Republicans were able to hold three-quarters of the state’s congressional districts even in 2018, an otherwise strong year for Democrats.

Ohio’s congressional plan is one of the most slanted in the country, a fact confirmed by multiple empirical measures. Still, there is one fact that Republicans have repeatedly asserted in defense of the plan: although Democrats opposed the initial version of the plan adopted in September 2011 (HB 319), many Democratic state legislators voted in favor of a slightly revised version adopted in December 2011 (HB 369). As the court described, Democrats were able to secure only “small concessions” between the two plans.

So why did many Democratic state legislators vote for the plan which retained the 12-4 partisan split in favor of the Republicans? As the opinion explains, Democrats had threatened a referendum challenging the initial plan, but couldn’t collect enough signatures to make good on the threat. Republicans effectively called their bluff. Left in a very weak bargaining position, some Democrats felt like they had no choice but to agree to the token changes to save face. While the Democratic votes in favor of the final plan were an embarrassment, given the plan’s overwhelming bias in favor of Republicans, they don’t vitiate the partisan intent of Ohio’s congressional districts or the plan as a whole.

The Ohio district court thoroughly explicates the evidence of partisan intent and effects, statewide and with respect to all 16 of the state’s districts, making exactly the sort of showing that the Supreme Court appeared to demand for vote dilution claims in last year’s decision out of Wisconsin, Gill v. Whitford.  For example, the Ohio court explains how the Ninth Congressional District – commonly referred to as the “Snake on the Lake” – was drawn to pack Democrats in the Toledo area with those in the Cleveland area, running along a thin strip alongside Lake Erie in places.

The court also explains how the Eleventh District – which I called the LeBron James District (until he left the Cavaliers) because it goes from Akron to Cleveland – packed Democratic voters, many of them African American. The court properly rejects the Republican claim that “the Voting Rights Act” made them do it, an argument that can’t pass the straight-face test given the lack of white bloc voting and the Supreme Court’s decision in Cooper v. Harris.  The Court rejected this argument in Cooper, and is unlikely to accept it here.

While the Ohio vote dilution analysis follows prior lower court decisions, the district court breaks new legal ground in its analysis of the First Amendment association claim. The Court applies a balancing test, drawn from a long line of Supreme Court decisions that have viewed voting as a form of expressive association in other contexts. The leading case is Anderson v. Celebrezze, another Ohio decision that struck down the state’s rules for access to the general election ballot. In that opinion, the Court recognized that associational and voting rights are “overlapping,” and articulated a standard under which the burden on these rights should be balanced against the state’s interests.

Later Supreme Court cases have applied the Anderson standard in a variety of contexts, and lower courts routinely deploy this standard in assessing laws alleged to make voting more difficult. As I’ve argued previously, this is an appropriately nuanced standard, one that will allow the most extreme gerrymanders to be struck down, while allowing states to justify plans that may have some partisan effects or even intent. The First Amendment association standard best captures the injury arising from partisan gerrymandering. Plans like Ohio’s make it more difficult for voters to join with like-minded others, as well as their preferred candidates and political party.

Other lower courts (including those in Maryland, North Carolina, and Wisconsin) have held that extreme partisan gerrymanders violate the First Amendment, but none have approached the association claim with the sophistication of the Ohio court. This decision articulates the right framework for determining whether partisan gerrymandering violates the right of association. And it applies this standard with care, finding that Ohio’s plan imposes severe burden on the Democratic Party and its supporters, both inside and outside the electoral process. Ohio’s plan not only makes it practically impossible for Democrats to get elected in 12 of 16 districts, but also has a “demobilizing” effect on people who would otherwise engage in the political process.

In her concurring opinion in Gill v. Whitford, joined by three other justices, Justice Kagan suggested that courts should consider whether partisan gerrymanders make it more difficult for the disfavored party to register voters, attract volunteers, recruit candidates, and otherwise engage in political activity. The evidence of such effects isn’t as strong in the Ohio case as in the North Carolina case now before the Supreme Court (described in our amicus brief, pp. 24-26), but there is some evidence that Ohio’s gerrymander has demobilized citizen participation.  This evidence, along with the debilitating effect on Democrats’ electoral prospects, supports the conclusion that the First Amendment right of association was violated.

That said, a victory in the North Carolina or Maryland case currently pending before the Court will not guarantee victory for the Ohio plaintiffs. There are potential grounds for distinguishing Ohio – most notably, the fact that some Democratic legislators voted for the plan and the relatively sparse evidence of extra-electoral effects of the type that Justice Kagan invited.

It thus remains to be seen whether Ohio will be a bellwether on partisan gerrymandering, as it has long been in presidential elections.  I won’t try to predict whether the Supreme Court will grant a stay or what the ultimate fate of this case will be.  But the Ohio district court decision is a great model, one that the Supreme Court should follow.