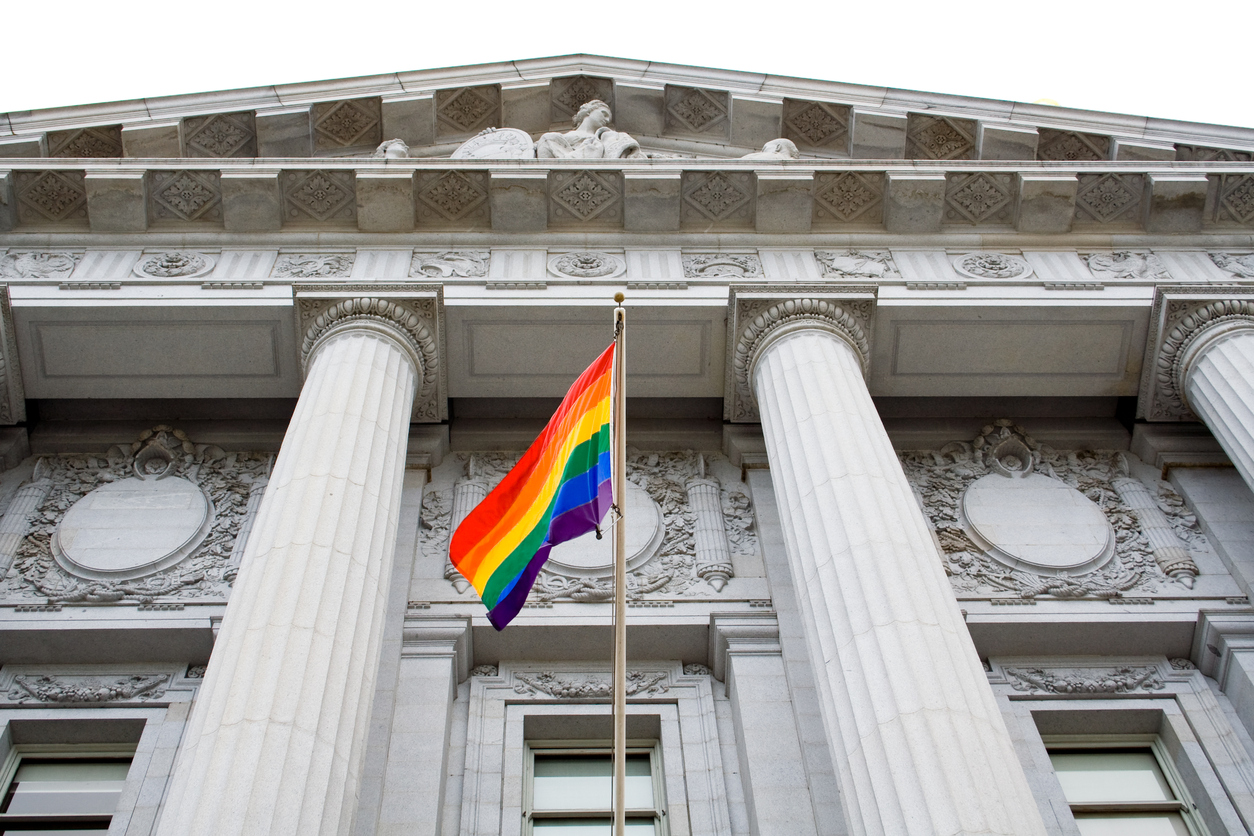 As the Supreme Court’s 2017-18 Term began, it looked like a banner term for LGBT-related cases at the nation’s highest court. The Court had already granted review in a “gay wedding cake” case from Colorado, Masterpiece Cakeshop. But the hopes for a blockbuster term have rapidly faded.

Here are some of the LGBT-related controversies that dropped off the Supreme Court docket this Term.

The U.S. Supreme Court announced on December 11 that it will not review a decision by a three-judge panel of the 11th Circuit Court of Appeals, which ruled on March 10 that a lesbian formerly employed as a security guard at a Georgia hospital could not sue for sexual orientation discrimination under Title VII.

The full 11th Circuit denied a motion to reconsider the case in July, and Lambda Legal filed a petition with the Supreme Court seeking review. At the heart of the petition was an urgent request to the Court to resolve a split among the lower federal courts and within the federal government itself on the question whether Title VII can be interpreted to ban discrimination because of sexual orientation. Despite the current circuit-split on this issue, the Court denied cert, putting off deciding this issue, most likely for the remainder of the current Term.

On December 4, the Supreme Court rejected, without explanation, a petition from the City of Houston seeking review of the Texas Supreme Court’s ruling in Pidgeon v. Turner, which had cast doubt on whether the City was obligated under Obergefell v. Hodges, to provide same-sex spouses of Houston employees the same employee benefits offered to different-sex spouses.

A decision by the Supreme Court to deny review of a case is not a ruling on the merits of the case. It means that there were not at least four members of the Court, the number required under the Court’s rules to grant a petition for review, who thought the Court should intervene in a lawsuit that is ongoing in the state trial court. The Court’s action is consistent with their tight control of the docket, under which the Court sharply limits the number and type of cases that it takes up for plenary review and rarely inserts itself into a case that has not received a final disposition in the lower courts.

On January 8, the Supreme Court refused to review a ruling by the 5th Circuit Court of Appeals, Barber v. Bryant, which had dismissed a constitutional challenge to Mississippi’s infamous H.B. 1523, a law enacted in 2016 that protects people who discriminate against LGBTQ people because of their religious or moral convictions.

H.B. 1523, which was scheduled to go into effect on July 1, 2016, identifies three “religious beliefs or moral convictions” and protects against “discrimination” by the state anybody who acts in accord with those beliefs in a wide range of circumstances. Among other things, the law would protect government officials who rely on these beliefs to deny services to individuals, and would preempt the handful of local municipal laws in the state that ban discrimination because of sexual orientation or gender identity, so that victims of discrimination would have no local law remedy.

Two groups of plaintiffs brought constitutional challenges against the law, and the district court issued a preliminary injunction against implementation the day before it was to go into effect, finding that it would violate the 1st Amendment. The state appealed, and the 5th Circuit ruled that none of the plaintiffs in two cases challenging the Mississippi law had “standing” to bring the lawsuits.

After cert was filed, the Supreme Court denied the petitions without any explanation or open dissent, leaving unresolved important questions about how and when people can mount a federal court challenge to a law of this sort. H.B. 1523 went into effect on October 10 and the challenge continues in the district court.

Last March, the Supreme Court had been scheduled to hear a similar transgender student case, Gloucester County School Bd. v. G. G. ex rel. Grimm, but that case was dropped from the docket after the Trump Administration withdrew a Guidance on Title IX compliance that had been issued by the Obama Administration.

A similar case out of Wisconsin looked like it would provide the Supreme Court with an opportunity to address the merits. The case of Whitaker v. Kenosha Unified School involved the legal rights of transgender students under Title IX and the Equal Protection Clause of the 14th Amendment.

In May, the 7th Circuit upheld a lower court ruling, finding that even though the Trump Administration had withdrawn the prior Title IX Guidance, both Title IX and the 14th Amendment require the school to recognize the plaintiff, Ashton Whitaker, as a boy and to allow him to use boys’ restroom facilities.  The school district petitioned the Supreme Court to review, even though Whitaker had graduated in June.

Two days after the Supreme Court announced it would not review the 5th Circuit ruling, the parties announced a settlement.  Under their agreement the school district will withdraw its cert petition.

Each month for the last 40 years, the LGBT Bar Association of New York publishes LGBT Law Notes, the most comprehensive monthly publication covering the latest legal and legislative developments affecting the LGBT community here and abroad.