Julie A. Werner-Simon Adjunct Law Professor at Drexel School of Law and a former federal prosecutor 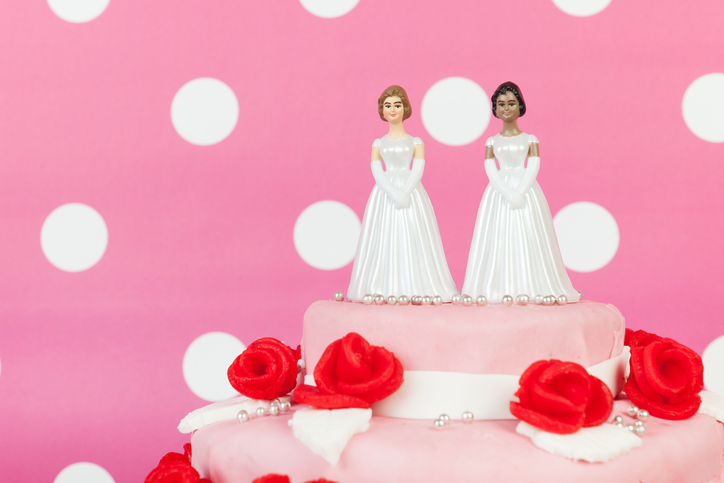 In the case which pundits are calling “the Kern County Cake Case,” a California superior court judge held a two-hour hearing on Friday, February 2, during which a California state agency which enforces California’s anti-discrimination laws was pitted against chief counsel of a religious freedom advocacy group, the Freedom of Conscience Defense Fund. Department of Fair Employment and Housing v. Cathy’s Creations, Inc. dba Tastries, BCV-17-102855. The issue? Should a Bakersfield baker who operates a commercial business open to the public be required to make cakes for gay weddings? The Kern County judge, a home-grown jurist and “man of faith,” found for the baker. The court ruled that cake-making is artistic expression and that when used for a wedding, “there could not be a greater form of expressive conduct.”

Although the Masterpiece and the Kern County cases involve cake being sold from bakeries housed in aging mini-malls, and both matters emerge from states, some 21 in total, which have traditional anti-discrimination statutes barring discrimination in places of public accommodation including businesses open to the public, there are some notable differences.

The Masterpiece case resulted from over five years of litigation so far. The Colorado couple were turned away from their baker in July 2012, prevailed administratively and also in the Colorado courts over many years of litigation. The U.S. Supreme Court ultimately accepted cert in June 2017 and heard oral argument on the matter on December 5, 2017.

In comparison, the Kern County case is virtually a newborn. The Bakersfield couple were rebuffed by Tastries (aka Cathy’s Creations) some seven months ago, in August 2017. The couple filed a complaint two months later in October 2017, and two months after that, in December 2017, the Department of Fair Employment and Housing (“DFEH”) filed for a temporary restraining order and a preliminary injunction. The restraining order was summarily denied on the day of filing, with the court setting the preliminary injunction hearing for February 2.

The Colorado case started as an administrative complaint, while the California case was brought to life under a California civil-rights-police-power provision emanating from California’s Fair Housing and Employment Act and California’s anti-discrimination statute, the Unruh Act. The California agency is permitted to seek injunctive relief at any time in the agency’s civil rights investigation, should it conclude that discrimination is occurring and is ongoing.

According to the DFEH director, Kevin Kish, the agency believed it would prevail on the merits for injunctive relief because it had to show only that the Bakersfield baker admitted the conduct (denying gay people wedding cakes) and the practice would be continuing. “There was no point to waiting,” said Kish, “people in Kern County are entitled to equal access to public accommodations.” This statement exemplifies another difference between the Kern County and Masterpiece cases: The Colorado baker, as the case was being litigated, chose to stop making any wedding cakes and continued to sell other baked goods. As for the Bakersfield baker, she has never stopped her practice of selling exclusively for heterosexual celebrations and as a result of the ruling, she is exempted from the application of California’s anti-discrimination law.

That is how it is, at least for now. But the Kern County case is not over. All that has happened is that the state’s requests for preliminary injunctive relief have failed. Next up, the state agency can either appeal this judge’s order or file a formal complaint against the baker by October, one year from when the couple filed their complaint with the agency. It is most likely that no action will be taken by the state until the U.S. Supreme Court decidesMasterpiece, with a high court decision expected by June.

It is not that the Bakersfield baker or the state agency did not know or address the “cake-elephant” in the room. The state agency noted in its TRO application, “that a case involving a baker’s challenge to Colorado’s public accommodations is now pending.” The Bakersfield baker’s lawyers referenced Masterpiece at length. Cathy’s Creation’s lawyers, of the Freedom of Conscience Defense Fund (an organization affiliated with the Christian advocacy group Alliance Defending Freedom, which argued both the Masterpiece and the Hobby Lobbycontraception cases), filed a 384-page declaration which contained multiple items from the Masterpiece case. Curiously, the baker’s lawyer also included in his filing two articles for the Kern County court’s review from social science literature, specifically: (i) “LGB Families and Relationships, a 2013 National Health Interview Survey,” as well as (ii) a journal abstract on the demographic and other characteristics of “Self-identified Lesbian, Gay and Bisexual Adults” (which includes a section on how nearly one in four gay people examined in the study were found to be “atheist, agnostic or reported having no religion”). The final exhibit in the baker’s lawyer’s declaration was a press release from the White House dated January 16, 2018, marking that date as Religious Freedom Day.

To date, there has been much commentary on the Kern County judge’s opinion, especially by scholars who have been following Masterpiece. One of the cake-watching constitutional law professors is Gowri Ramachandran of Southwestern Law School, who stated that “the court’s sharp distinction between a not-yet-baked cake versus an already-made cake is absurd. The not-yet baked cake is constitutionally protected speech and the identical pre-made one is not.”

But as further litigation and/or appellate review may ultimately reveal, the Bakersfield couple picked a tiered cake from the display-sample case — of a style and type previously produced by the store. They asked for no writing or message. How can creating a cake from what is akin to a “pattern book” constitute protected expression? Even if one concedes that some cakes involve creativity and artistry, purchasing a cake from a pattern book or store display is akin to buying a pre-made, “off-the-shelf” ware. This was addressed extensively during the oral argument of the lawyer for the Colorado baker at the Supreme Court. The baker’s lawyer explained that free speech “compulsion” occurs when the cake artist is forced to design a made-to-order cake; she was not describing an already-designed cake in which the bakery generates a cake “just like the one on display.” This is precisely the line-drawing “chaos” to which Justice Stephen Breyer alluded in the Masterpiece argument.

The Kern County judge’s opinion stressed the competing “feelings” of the parties, and surmised that of the competing harms, the baker was poised to “suffer greater harm” because in exercising her religious beliefs she faced economic consequences. This empathic “take” was redolent of the inquiries of a few of the justices during the Masterpiece oral argument. Chief Justice John Roberts reminded the lawyer arguing on behalf of the Colorado Civil Rights Commission that when the Obergefell decision was upheld, the court “went out of its way to talk about the decent and honorable people who may have opposing views [about same sex marriage].“ Justice Anthony Kennedy also honed in on the feelings of the baker who would have to teach his family (those who work at the bakery) that state anti-discrimination law supersedes their religious beliefs.

The Bakersfield baker’s religious beliefs have been widely reported including where she was quoted as saying, “a ceremony, when you are getting married in the eyes of the Lord ... [is] a whole lot different than coming in and wanting a cookie.” She has stated that “[w]e are happy to make birthday cakes and cupcakes ... for everyone.”

If the U.S. Supreme Court in Masterpiece follows the lead of the Kern County court and holds that people with sincerely held religious beliefs against gay marriage who operate businesses in the public square can be exempted from making wedding “reception” cakes for gay people, what would prevent the religiously minded from declining to make birthday cakes for children of gay couples or anniversary cakes for gay people?

The facts on the ground demonstrate that the owner of Cathy’s Creations has discomfort in having to construct a cake at her own bakery knowing that the end-user of the cake will do with it something to which she religiously disapproves. This is puzzling because a website for the bakery (showing wares for sale at the shop) also includes a photograph of a plate of Cathy’s Creations’ bordello-corset cookies, which too could be used at an event to which the owner would likely object.

The Bakersfield case, regardless of the future outcome in the continuing litigation (since the court there ruled only on the question of injunctive relief), portends a new crossover area for employment and religious freedom specialty lawyers. If the Masterpiece decision holds (like the Bakersfield case) that religious-minded bakers have a “carve out” and are exempt from neutral public accommodation laws, then imagine the cases that will follow. Courts at all levels will be asked to make distinctions on whether baked goods are pre-made or sold off-the-shelf, or whether the making of a treat incorporated expressive design features even where the designs are “pre-conceived” and offered in sample-pattern books or display cases. Such a focus on the constitutionality of cake-making requires a look back to the cakes of the constitutional era.

From the time of the framers, cake has been a mainstay of American culinary life. Recipes from colonial times show that cake-making (including cakes for weddings then called “bride cakes”) involved taking pounds of butter “worked into a cream,” and adding lots of sugar and flour to the mix and applying heat. Not much has changed with the basic recipe and cooking applications, except that 18th century Americans made the cakes months in advance of the wedding, used lots of nutmeg and fruit, and regularly doused the confection with brandy so that it would remain mold-free by the time it was served. To take a page from the originalists, is it conceivable that the framers, many of whom ate cake (and some at the tavern which still stands near Philadelphia’s Independence Hall where the constitution was drafted), understood cake or cake fabrication to be speech?

Granted, our founding document (inclusive of the amendments) was never intended by the framers to be the last word, and former Chief Justice John Marshall said as much when he spoke of our Constitution “enduring for the ages” and its ability to adapt to future “crises of human affairs.” But even an evolution in interpretation — like those which ultimately acknowledged that equal protection applies not just to propertied white men like the Framers but to others with immutable and distinct characteristics to include people of color, women, gays and the disabled, or that expanded the conception of constitutional liberty to include freedom to make personal decisions about procreation and the education of one’s children — cannot be contorted into a vehicle which constitutionally protects the making of cake. To do so would be (riffing on Alexander Hamilton) precisely what the medium of the judiciary was designed to guard against, specifically linguistic contortions derived from human vagaries.

As a result, if cake making is not speech, then any “compelled speech” argument has no traction. Similarly, the free exercise claim has no tread. Requiring cake makers to serve all customers the same way and sell (or not sell) the same wares to all customers as required by a neutrally written public accommodation law, is more than rationally based to the government’s interest in preventing discrimination.

How should our Supreme Court rule in Masterpiece? Outcome predictions based on Supreme Court argument are faulty, as sometimes the seemingly antagonist question is a “trial balloon” or a fake-pass. Prognosticating methodology issues aside, I envision a decision in which the court recognizes a compelling state interest in “diversity and inclusion” with language about the importance of keeping the commercial-square “welcoming to all-comers.” I predict an outcome in which courts will not be asked to “slice the cake,” but will extend Obergefell’s “constellation of rights” — to cake.

Julie A. Werner-Simon was a federal prosecutor from 1986 to 2015. Email: jawsMEDIA.la@gmail.com

Pride: An Opportunity to Pause and Reflect