The Irony of Red Hen 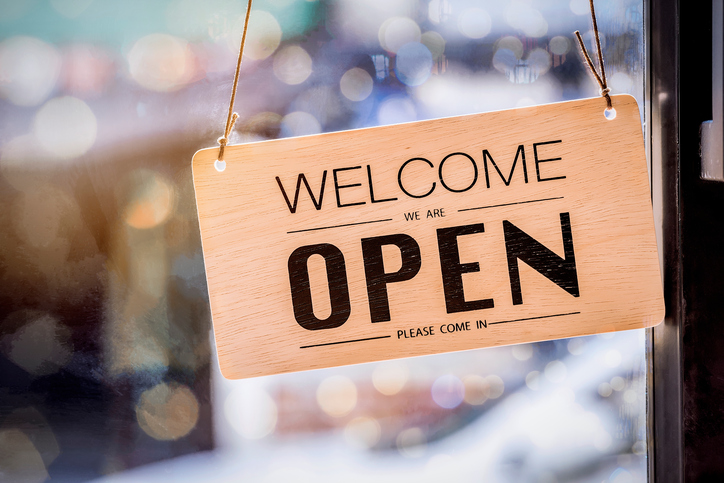 by Gregg Ivers and Reuben Guttman

One of the most effective techniques of intimidation by Southern law enforcement during the civil rights era to shut down non-violent protests, pickets and demonstrations directed against either private businesses or government bodies was to use state and local “breach of peace” laws. Rather than acknowledge that protesters had a constitutional right to assemble and protest peacefully, all-white law enforcement agencies simply had to utter the words, “this is an unlawful assembly” before breaking up a protest. And who was going to challenge them? African American protesters had little recourse except to hope that newspaper and television reporters recorded these events and publicized them to the larger world. A generation later, we are left with memorable and often searing images of non-violent protesters carried off by police for doing nothing more than carrying signs, singing freedom songs or staging rallies that, if conducted by whites supporting racist laws, would never have drawn official interest.

In February 1963, the United States Supreme Court ruled in Edwards v. South Carolina that states could not use “breach of peace” laws to silence protesters who lawfully congregated in a traditional public forum to exercise their rights under the First Amendment. Edwards is not well-known; but it provided an essential constitutional foundation for civil rights protesters – all protesters, for that matter – to claim public space to assemble peaceably and demonstrate within the confines of the law. Compliance by Southern law enforcement was another matter, as the violent reaction against civil rights protests throughout the Deep South over the next several years would attest. But the right was there.

A few years later, in March 1966, several hundred African American residents of Port Gibson, Mississippi, located in Claiborne County, decided, with the support of the local National Association for the Advancement of Colored People (NAACP) office, to boycott white businesses in the area for their treatment of black customers. Over a four-year period, the boycott was relatively non-violent, although there were a couple of violent incidents, particularly after the assassination of Martin Luther King, Jr. in April 1968. Local white merchants seized upon reported incidents of “internal discipline” by the NAACP of local black citizens who violated the boycott to argue that the boycott was not protected First Amendment activity. The merchants obtained an injunction and were awarded significant monetary damages, a legal challenge to which was upheld by the Mississippi Supreme Court. After years of litigation, a unanimous United States Supreme Court, in NAACP v. Claiborne Hardware Co., reversed the lower court judgment, holding that the local boycott was protected by the First Amendment. Writing for Court, Justice John Paul Stevens, a Republican appointee, wrote that “[s]peech does not lose its protected character . . . simply because it may embarrass others or coerce them into action.”

Thirty-six years later, the logic of Claiborne is once again relevant – but this time with an interesting and equally contemporary Trumpian twist.

On June 22, 2018, employees of The Red Hen, a well-established local restaurant in Lexington, Virginia, called owner Stephanie Wilkinson to inform her that Sarah Huckabee Sanders, the presidential press secretary, was dining with several companions. The employees, several of whom are gay, told Wilkinson that they were not comfortable with her presence there. They discussed the matter among themselves and decided they wanted her to leave; but would not take that course of action without informing their boss. Wilkinson accepted her staff’s decision and came down to the restaurant to handle the matter in person. Wilkinson approached the table and politely asked to speak to Sanders privately out of earshot of other customers and employees. After informing her of her employees’ position, Wilkinson asked Sanders to leave. By all accounts, Sanders accepted the decision without incident and left.

Rare is the occasion, even during contentious political times, when a restaurant patron is asked to leave because of her politics or her association with a national political figure. But these are not normal political times. Since taking office, the Trump administration has engaged in a relentless war of words and deeds again the LGBTQ community, with Sanders often the official conduit for the administration’s position. Moreover, Sanders has embraced the administration’s combative and outright disrespectful tone towards those constituencies that did not support her boss, engaging in sneering, condescending and downright rude behavior towards anyone who dares to challenge an administration decision or, more often, an inflammatory, inaccurate and frequently racist, homophobic or sexist tweet from the man she is officially employed to represent. Sanders’s consistent unprofessionalism is remarkable and almost without precedent. Not since President Richard Nixon’s press secretary, Ron Ziegler, took to the White House press office podium to lambast the media on a near-daily basis has a press secretary engaged in such consistently unprofessional behavior. And then there is the matter of the constant and unapologetic lying.

For us, Wilkinson’s decision to ask Sanders to leave is classic conduct protected by Claiborne, except this time the merchant is taking a peaceful stand against a customer. The restaurant business is a notoriously difficult one, yet The Red Hen has been in business for ten years. That doesn’t happen by gratuitously asking customers to leave because you don’t agree with their politics. And this customer was not asked to leave because of her race, sex or national origin. Sanders was asked to leave because, in the view of Red Hen employees and their boss, she is a public official who uses her position to promote bigotry against a class of lawfully protected individuals.

Naturally, the president responded as one would expect, tweeting on June 25th: “The Red Hen Restaurant should focus more on cleaning its filthy canopies, doors and windows (badly needs a paint job) rather than refusing to serve a fine person like Sarah Huckabee Sanders. I always had a rule, if a restaurant is dirty on the outside, it is dirty on the inside!”

Forget that a matter like this is not presidential business. And forget that his statement contains a number of “false statements” – Trumpese for a lie. Wilkinson’s restaurant is not “filthy” or dirty on the inside. Its most recent health code inspection reported no violations, whereas Trump-branded restaurants have accrued hundreds of them. There is even something more hypocritical about the Trump-Sanders victim narrative.

Just three weeks ago, the Trump administration celebrated the United States Supreme Court’s decision in Masterpiece Cake Shop v. Colorado Civil Rights Commission, which held – at least in a very limited and case specific opinion -- that a bakery owner was within his  rights not to make a cake for a gay couple because it violated his sincerely held religious beliefs. That decision built upon, in a slightly different way, the Court’s decision four years ago in Burwell v. Hobby Lobby, which held that owners of a for-profit business were not required to cover certain contraceptives for their female employees based on their sincerely held religious beliefs. Agree or not, these cases involved requests for a religious exemption to a law that applied to the general population.

The Red Hen flap – no pun intended – is not about whether a business owner can refuse service to a customer based on a religious objection. Wilkinson and her staff were familiar with Sanders’s statements defending public policy decisions hostile to the LGBTQ community – from banning transgender people from the military to supporting the Masterpiece Cakeshop owner to refusing to acknowledge Pride Week and almost everything else of import to gay men and women. Wilkinson’s decision was a political statement, just like the protesters in Claiborne Hardware. And. it was not tied to race, religion, gender or sexual orientation.

Restaurant owners have particular agency over who can patronize their restaurant for a number of reasons. They can ask patrons to leave because of loud and boisterous conduct; for inappropriate attire; for making inappropriate statements within earshot over other patrons; for rude behavior towards staff, and so on. Wilkinson, unlike the Masterpiece Cakeshop owner and his press secretary, did not have the collateral support of the president of the United States. And since taking office, the president has used his Twitter platform to make a number of injurious and false statements about business owners and employees in the private sector, calling for firings, referring to employees in the NFL as “sons of bitches” and encouraging people not to patronize private businesses – Amazon, for example.

Unfortunately, there is no reason to believe that the President will cease in his vindictive attacks on the private sector. And to the extent that even well-respected retail establishments respond through boycott, they can look back on prior Supreme Court precedent for protection.