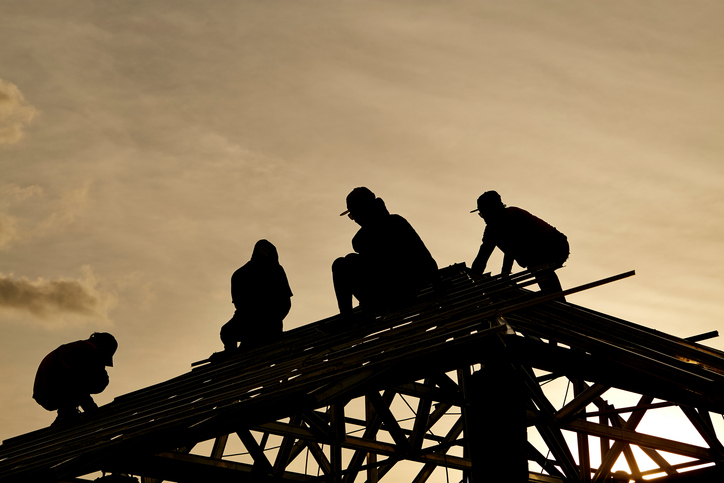 With Election Day looming on November 3, the next five months are critical in shaping the agendas of the agencies that regulate labor and the workplace. Whatever the outcome of the election, there is a flurry of regulatory activity still on the horizon at the Department of Labor (DOL) and the National Labor Relations Board (NLRB).

The usual patterns of the sunset of one administration and the dawning of a new administration are familiar. The incumbent administration attempts to push through a number of regulations before its possible departure, and the hopeful incoming administration prepares plans to implement on day one, looking to reverse many of the changes of the last four years.  There are certainly plenty of those kinds of items on the agenda of each federal agency, but the dockets of the NLRB and the DOL are particularly full.

The NLRB (or “the Board”) recently has been prone to rulemaking to narrow the coverage of employee status under the National Labor Relations Act (NLRA).  For example, earlier in the Trump administration, the Board was refusing to hear charges or petitions of gig workers.  Additionally, long running issues about whether graduate students in private universities can bargain and the use of email and cell phones in union organizing campaigns have been at the top of the regulatory agenda of the Trump NLRB. This led to two recent calls for notice and comment by the public.

In the Mountaire Farms case, the Board has invited amicus briefs on the “contract bar” doctrine in a case involving a meat processing plant in Delaware with a pending petition to remove the existing union. The plant has been the source of multiple safety issues during the Covid-19 pandemic and is owned by the Cameron family, who are politically connected to the Republican Party and to President Trump as detailed in a July article in the New Yorker.

The contract bar rule as it currently stands provides for stability in bargaining relationships, preventing employees dissatisfied with their unions from holding a new union election until the current agreement expires.  The contract bar rule was a compromise between the ability to remove incumbent unions and the stability that is needed for collective bargaining to be successful in the way that Congress intended. Unfortunately, too many employers hide behind the rule to avoid their legal obligations to their workers. If the Board eliminates the contract bar doctrine, many more workers would lose collective bargaining rights.

The reversals of rules depending on which political party has a majority on the Board is enough to make one’s head spin like Linda Blair’s in The Exorcist. The Board usually makes rule changes by adjudication and that will invariably lead to the dissatisfaction of those who do not like the substance of the rule, but also leads to the frustration of those seeking stability in the rules. The NLRB has responded by making rules through the notice and comment process that purport to give some certainty to these questions.  Besides the fact that the rules seem out of touch with both reality and the intent of the 1935 Congress to “extend the practice and procedure of collective bargaining to the highest number of employees,” the stability that these rulemakings offer is illusory.  Enter a new Administration; so, begins a new rulemaking to reverse the previous rule.

In some ways, the last four years at the NLRB have been as predictable as the Board of the prior Republican Administrations.  The new focus on rulemaking however shows that this Board is looking for structural changes to limit collective bargaining.  This focus on destabilizing long standing doctrine to make it harder for employees to use the rights guaranteed by Congress is unique to the Trump NLRB.

So too with the DOL. The overtime rules of the Obama administration were put on ice by the federal courts, but the Trump administration put their own ice on overtime rules under the FLSA for three years by delaying instituting a new rule. While claiming to find a standard which would expand access to overtime without being “burdensome” on employers, the truth is that there was much infighting about how far the DOL should even go in regulating the employment relationship – which is after all its central mission.

Nonetheless, after three years the DOL finally proposed a new rule.  If Vice President Biden wins the election there will likely be an immediate move to return to Obama’s 2016 rule and predictably the return of litigation in business-friendly federal judicial districts in more conservative states. There will still be matters to litigate that previous injunctions did not resolve, such as the authority of the DOL to set a salary level for exemption from overtime law at all. This will require a basic examination of authority that goes to the heart of many of the administrative law battles going on in other courts and in the Supreme Court, which will outlast whomever is in charge of the next Administration.

During the COVID-19 pandemic, access to family leave has become more important than before. Until September 14, the DOL is requesting information from the public about ways to provide more information to employees about their rights under the FMLA. Many have weighed in with comments, including one of my students and I, which give suggestions for how to expand information about existing FMLA rights.  As we have seen, however, the Supreme Court is the ultimate arbiter of those rights through  their decisions, including Ragsdale v. Wolverine World Wide, where the Court limited the tools available to the DOL to remedy violations of the notice posting rules.  In spite of the Supreme Court’s Ragsdale ruling, the Department could have gone much further in mandating the distribution of information, particularly in light of the Covid-19 pandemic.

Underlying these policies issues within DOL and NLRB is a recognition of possible fundamental change within the entire administrative state. From the debates in the United States Supreme Court over obscure doctrines like the nondelegation doctrine, it is clear the agencies can do what they will, but the nine justices will decide whether to defer to agency, or to strike them down in the name of “nondelegation.”  It remains to be seen whether the majority of the Supreme Court will take the same hard look to Trump administrative agency actions in the workplace as it has to the actions of other administrations.