Craig Becker General Counsel to the AFL-CIO, Member of the NLRB, after a recess appointment, from 2010 to 2012. 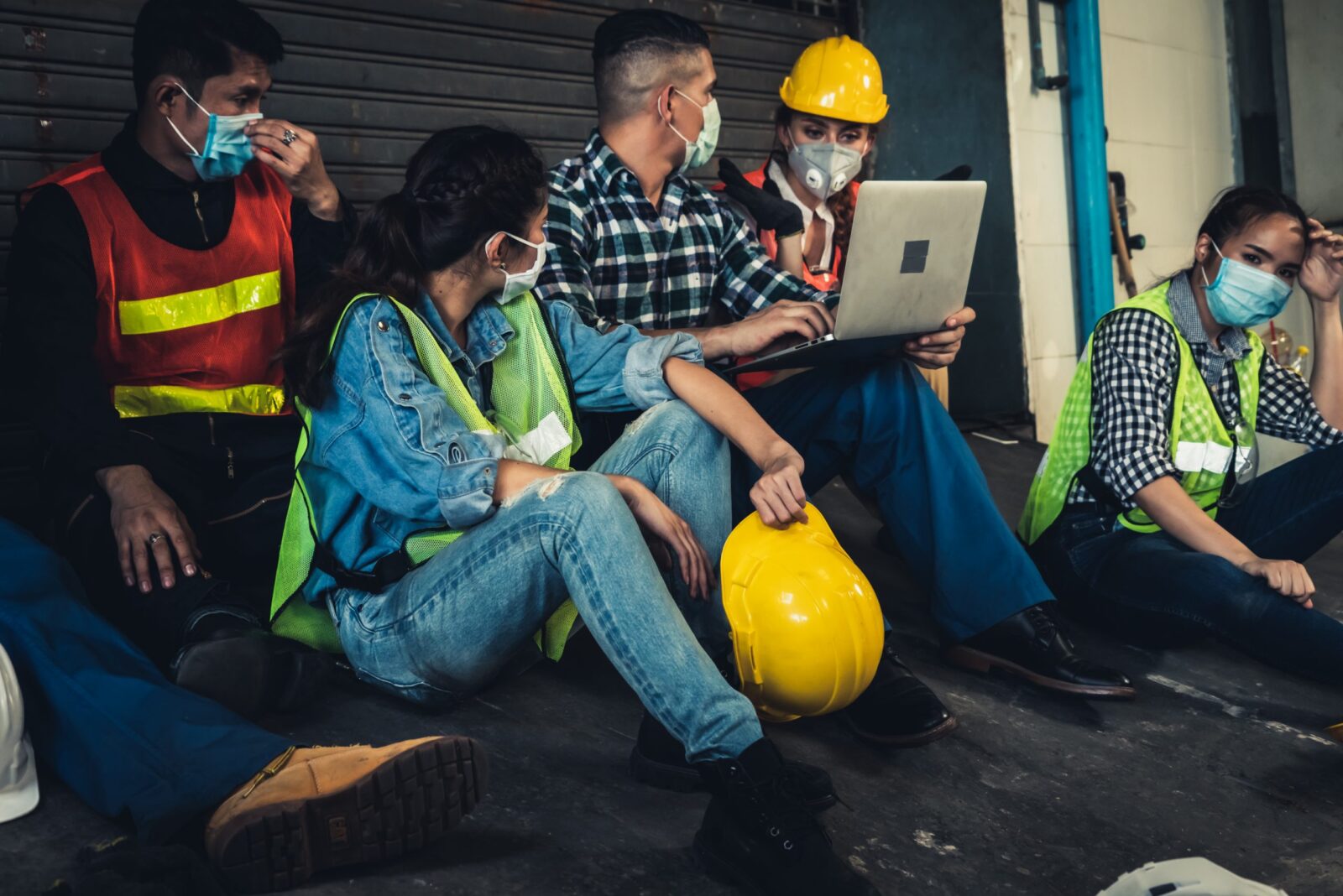 The GOP’s embrace of the filibuster to thwart President Biden’s legislative agenda reveals how the struggles to extend civil rights and labor rights are inextricably intertwined.

The use of the anti-democratic device to block civil rights legislation is well known.

In 1957, Senator Strom Thurman of South Carolina talked for 24 hours and 18 minutes to stall the first piece of federal civil rights legislation enacted since the Reconstruction era, a bill that empowered federal prosecutors to prevent interference with voting.

Seven years later, a coalition of southern Senators again used the filibuster to prevent a vote on what became the Civil Rights Act of 1964 for two months until President Lyndon Johnson and his congressional allies, including Republicans like Senate Minority Leader Everett Dirksen of Illinois, secured the 67 votes then needed to end debate.  Less than a month later, Johnson signed the Act into law, guaranteeing, among other crucial civil rights, the right to equal employment opportunity.

Less well known is how the filibuster has been used to block workers’ rights legislation.

In 1965, a little more than a year after he overcame the filibuster to enact the Civil Rights Act, President Johnson’s effort to secure legislation to prevent states from adopting so-called “right-to-work” laws that hinder union representation collapsed when the Senate failed to muster a super-majority. In 1978, President Jimmy Carter’s comprehensive Labor Law Reform Act died in the Senate, despite majority support in both chambers, after a then-record six cloture votes failed to end a filibuster led by Utah Senator Orrin Hatch. In 1992, the House passed a bill supported by President Bill Clinton that would have outlawed permanent replacement of strikes, but it fell three votes short of the number needed to end a filibuster in the Senate. Finally, in the first two years of the Obama administration, despite Democratic majorities in both chambers, the Employee Free Choice Act, another effort at comprehensive labor law reform that had twice passed the House, died in the Senate in the face of a threatened filibuster.

I know something about this from personal experience.  In 2009, President Obama nominated me to serve on the National Labor Relations Board.  Without even having to rise on the Senate floor, Senator John McCain placed a “hold” on my nomination.  A “hold” is a convenience extended by Senate procedures in place of the dramatic speaking filibusters of the Civil Rights era, permitting a senator to block a vote without even leaving his office.  As a result, my confirmation was defeated by a vote of 52-33.  That is 52 votes in favor and 33 against.

The Senate amended its rules in 2013 to eliminate use of the filibuster to block confirmation of executive branch officials, including members of the NLRB, and judges on the lower federal courts. In 2017, the rules were changed again to allow for the confirmation of Supreme Court Justice Neil Gorsuch (and subsequently Justices Brett Kavanaugh and Amy Coney Barrett) with a simple majority.  But a single senator can still block legislation with a filibuster that cannot be ended without 60 votes.

The decades-long frustration of the popular will to strengthen labor protections has had dramatic implications for Black workers.  After the Civil Rights Act of 1964 broke the back of open workplace segregation, Black workers joined unions at a higher rate than any other demographic.  By 1983, 31.7% of Black workers were union members compared to 23.3% of the entire workforce.  The transparency and equal treatment guaranteed by union contracts narrowed the wage gap between Black and White workers, as Black union workers earned 16.4% more than their nonunion counterparts as of 2016, a significantly greater “union premium” than that earned by White union workers.

But in the face of an all-out corporate assault on the right to organize and the obstruction of congressional action, union membership has fallen steadily for four decades and unions’ power to deliver greater equality has dwindled.  Today, only 12.3% of Black workers are unions members, compared to 10.7% of White workers.  Had the filibuster not blocked President Carter’s reform bill and union density simply held steady since the 1970s, scholars project that the Black-White wage gap would be 13% lower overall and 28% lower among women workers.

Now the civil rights and labor movements again confront what a just-published history calls “the kill switch” – the Senate filibuster.  The For the People Act and the Protecting the Right to Organize Act have both passed the House with sizable majorities but confront the need for a super-majority in the Senate.  One bill protects political democracy, the other workplace democracy.  One would prevent Republicans’ accelerating efforts to disenfranchise Black voters in key states like Georgia, the other would limit employers’ ongoing efforts to pressure workers to vote against representation in workplaces like Amazon’s Bessemer, Alabama warehouse.  Together, they are essential to ensuring that working people are heard in legislative chambers and corporate boardrooms.

But the fate of these bills hinges on an arcane, anti-democratic Senate rule.

The filibusters that threatened to block progress on civil rights in the 1960s were defeated by Senators such as Clair Engle of California who, terminally ill, was brought to the floor in a wheelchair and, unable to speak because of a brain tumor, pointed to his eye to signify his vote to end debate.

Will such luminaries emerge today?  The rights of working people of all races depend on it.