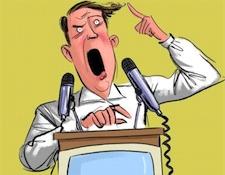 That obligation is found in the Guarantee Clause, of Article IV, section 4 of the Constitution, which promises that “[t]he United States shall guarantee to every State in this Union a Republican form of Government.” Congress must act to make good on this promise.

From the time of the Founding, “a Republican form of Government” has meant, as James Madison explained, a government made up of “a small number of citizens elected by the rest” – a representative democracy. And Congress has acted under Guarantee Clause to ensure such representative democracy in the states. During Reconstruction, for example, even before the enactment of the Fourteenth and Fifteenth Amendments, Congress relied on the Clause when it required the former Confederate states to extend the right to vote to African-American men as a condition of readmission to the Union.

Today, the need for congressional action to enforce the Guarantee Clause is undeniable. Our understanding of “a Republican form of Government” as a representative democracy has only deepened since the Founding and since Reconstruction. The Constitution itself now expressly enshrines an expansive vision of representative democracy that includes all races and sexes. Five of the twelve amendments adopted since Reconstruction explicitly expand or protect the right to vote—and, thereby, our understanding of the Guarantee Clause.

At the same time, the threat to democracy today is extraordinarily grave. Extreme partisan gerrymandering is rampant at both the state legislative and congressional levels. Republican-controlled legislatures, on party-line votes, are imposing new and increasingly onerous obstacles to voting, often targeted at voters of color and younger voters, who are more likely to vote for Democrats. Election administration and oversight is being taken over by extreme partisans, including some who rejected the results of the 2020 election.

Each of these practices taken in isolation may not intrinsically implicate the Guarantee Clause. But collectively they arise from an increasing unwillingness, particularly by Republicans, to accept adverse election results – the core of a functioning democracy. Scholars and commentators are warning, with increasing urgency, about the country’s slide towards authoritarianism. The risk of election subversion has only increased since the Capitol insurrection last January 6.

These conditions parallel the concerns that led the Framers to include the Guarantee Clause in the Constitution. They understood, as Madison put it, that in the newly “intimate” union created by the Constitution, “the greater interest have the members in the political institutions of each other.” They were particularly fearful of states establishing new monarchies, which they believed would inevitably encroach on the republican governments of other states

Put in terms of the Guarantee Clause, today’s increasing embrace of anti-democratic practices both threatens national cohesion and undermines the ability of states that do not engage in such practices to maintain political parity with those that do.

Today, the filibuster is standing in the way of Congress fulfilling its constitutional obligation to protect democracy. The Senate now has before it the Freedom to Vote Act, containing elements of both the For the People Act and the John Lewis Voting Rights Advancement Act, which have already passed the House. But the legislation risks failing in the Senate due to the filibuster (as well as to Republican Senators’ failure to oppose the antidemocratic practices their own party is promoting in the states). That is why Senator Schumer is seeking to change Senate rules to eliminate the filibuster for voting rights and related laws.

Making this change will take the votes of all 50 members of Schumer’s caucus, including Senators Joe Manchin and Kristen Sinema, who have both repeatedly expressed reluctance to eliminate the filibuster. But whatever their views about the filibuster as a general matter – whether they embrace tradition, or belief in bipartisanship as reasons to maintain it – those views must give way to the oath they took to the Constitution. At this moment of peril for our representative democracy, the Constitution requires Congress to pass legislation to fulfill the Guarantee.