The Fatal Flaw in the Argument for McGahn's Testimonial Immunity 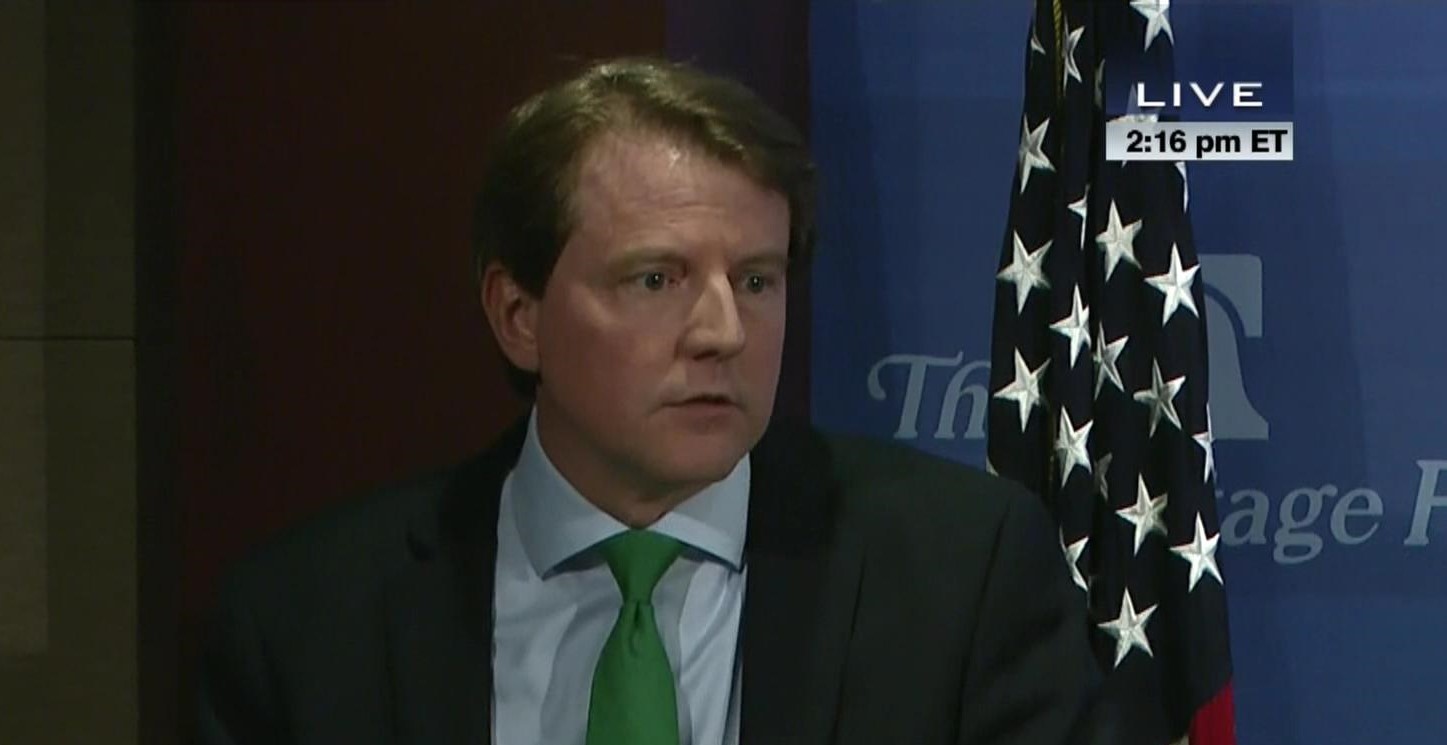 A May 20 letter of White House Counsel Pat A. Cipollone to House Judiciary Committee Chairman Jerrold Nadler informed the Chairman that the President had ordered his former counsel, Donald F. McGahn II, not to honor the committee’s subpoena for Mr. McGahn’s testimony. Accompanying the letter was a Justice Department Office of Legal Counsel (OLC) opinion of the same date, claiming that Congress may not constitutionally compel the President's senior advisers, either current or former, to testify about their official duties. The fatal flaw in the OLC memo, however, is that the unspoken premise of its argument points convincingly to the opposite conclusion.

The U.S. Constitution says nothing about executive branch secrecy. Unlike Article I, which specifically permits secret congressional deliberations, Article II, dealing with the executive branch, is silent on any question of testimonial immunity or executive privilege of any kind. Nonetheless, the Supreme Court has held that the concept of executive privilege has constitutional roots: “[T]he privilege can be said to derive from the supremacy of each branch within its own assigned area of constitutional duties. Certain powers and privileges flow from the nature of enumerated powers . . . .” Each branch of government, the Supreme Court recognized, must be deemed to have implicit authority sufficient to enable it to discharge its constitutionally assigned functions.

This notion of functionally implicit authority is the foundational premise of OLC’s argument for the absolute testimonial immunity it claims prevents Mr. McGahn from testifying. The OLC opinion rests on the proposition that “[r]ecognizing a congressional authority to compel the President's immediate advisers to appear and testify at the times and places of their choosing would interfere directly with the President's ability to faithfully discharge his responsibilities.” This rationale supposedly extends even to former advisers because “the confidentiality interests associated with the advisers’ former role remain just as strong.”

What this analysis misses, however, is that the premise of functionally implicit authority applies no less to Congress than it does to the President. That is why, in the one judicial decision regarding the testimonial immunity of former presidential advisers, the court found for Congress. Committee on the Judiciary, US. House of Representatives v. Miers dealt with the refusal by a former senior adviser to President George W. Bush to testify before the House Judiciary Committee about the forced resignations of a number of U.S. attorneys. U.S. District Court Judge John D. Bates rejected the claim of absolute testimonial immunity and declared that former White House Counsel Harriet Miers was not immune from compulsory congressional process.

Judges Bates’s analysis recognized that “Congress's power of inquiry is as broad as its power to legislate and lies at the very heart of Congress's constitutional role.”. Then, reasoning from the same functionalist premise that now underlies the OLC McGahn opinion, Judge Bates concluded: “Presidential autonomy, such as it is, cannot mean that the Executive's actions are totally insulated from scrutiny by Congress. That would eviscerate Congress's historical oversight function.” Judge Bates emphasized the importance of requiring presidential advisers to appear and to assert the applicability of executive privilege, if appropriate, only with regard to specific questions. A blanket refusal to testify would, in Judge Bates’s analysis, leave Congress with “no recourse to obtain information [from presidential advisers] that is plainly not subject to any colorable claim of executive privilege.”

The Judiciary Committee’s entitlement amounts to this: Mr. McGahn, like any subpoenaed witness, must appear. Should it appear to him that any particular question would require him to divulge information potentially subject to executive privilege, he should say so. The committee, in turn, should keep track of those questions and transmit them to the White House, giving them a brief period in which to decide whether to assert privilege regarding any particular answer. Should privilege be asserted, the committee could then decide whether to defer to White House claims or litigate them. Either way, the President’s blanket directive not to appear should be recognized as insupportable.

The OLC opinion notes the Miers case, but overlooks its functionalist argument. OLC dismisses its authority because the D.C. Circuit stayed the decision pending appeal. (The case was ultimately settled by the Obama Administration, which withdrew any presidential objection to Ms. Miers’s testimony.) Most tellingly, OLC summarily ignores the potential impact of absolute testimonial immunity on Congress’s constitutionally rooted investigative powers. One looks in vain for even a cite to the Supreme Court’s 1927 decision in McGrain v. Daugherty, or to any of the other many judicial decisions affirming the constitutional centrality of Congress’s investigative functions.

Judge Bates’s opinion stands well on its own, but, given a president who would habituate his followers to distrust judges antagonistic to his views, it may be worth noting a bit of Judge Bates’s background. A Vietnam veteran, he was appointed to the U.S. District Court by George W. Bush in 2001. His career in the D.C. U.S. Attorney’s Office included two years as a deputy to Independent Counsel Kenneth Starr’s Whitewater investigation. Chief Justice John Roberts appointed Judge Bates in 2009 to serve as presiding judge on the Foreign Intelligence Surveillance Court. He has dismissed a number of challenges to executive power including: the challenge by the father of Anwar al-Awlaki to the placement of his son on an Obama Administration “kill list,” an attempt by the Government Accountability Office to determine the membership of Vice President Dick Cheney’s national energy policy task force, a suit by Valerie Plame Wilson against Cheney and other White House officials over the leak of her role at the CIA, and a suit by members of Congress challenging Bush’s authority to withdraw unilaterally from the ABM Treaty. In other words, Judge Bates is no “squish” when it comes to executive power.

OLC is correct that presidents of both parties have asserted for decades that their senior advisers have a constitutionally implicit absolute immunity from testifying to Congress under compulsion. The legal problem for this position is that any such argument depends on the kind of functional analysis that more persuasively supports Congress’s constitutionally implicit authority to compel presidential aides to appear. The one court to reach the issue decided against the executive branch in 2008. It is still the more convincing view.