The Attempt to Make the Muslim Ban Permanent 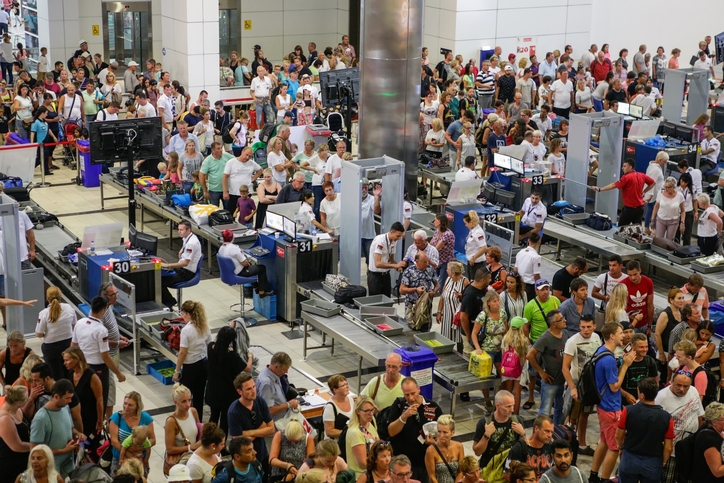 On September 24, the Trump White House released a new Presidential Proclamation effective October 18, which essentially makes permanent the temporary Muslim/refugee Ban the president signed earlier this year. The Proclamation, like Trump’s previous Muslim Ban actions, relies on the fundamental assumption that foreigners, and specifically Muslims and Arabs, pose a heightened threat. Arguing “...foreign nationals who may commit, aid, or support acts of terrorism, or otherwise pose a safety threat…” the Administration holds tightly to creating xenophobic fears, despite no existing evidence to show that foreign nationals commit crimes at greater rates than citizens.

Whereas the temporary travel ban, EO 13780, included Iran, Libya, Somalia, Sudan, Syria and Yemen, the Sept. 24 proclamation removed Sudan and added Chad, North Korea, and Venezuela. It also added nuance by providing a rationale to the Administration’s additions to the banned countries list, something we hadn’t seen with previous iterations.

While flawed at best, the Administration will undoubtedly point to their nuanced process, the various exceptions to the travel restrictions, the allowance for case-by-case waivers, and the addition of non-Muslim majority countries as reasons why the new ban is rational, objective, and constitutional. However, each of these defenses are lacking.

First, the establishment of the process by which the list of countries was created is important for distancing the Administration’s policy from their campaign conclusion that Muslims must be banned from entering the US. This Proclamation argues national security is a compelling state interest and that a travel ban is necessary because technological deficiencies prohibit the US from ensuring the identity of travelers which threatens national security. However, nowhere in the Proclamation does the Administration show that the claimed technological deficiencies, even if they do exist, actually lead to national security threats. At no point does the Proclamation note an instance or statistic to show that the lack of such technologies lead to increased terrorism threats.

Next, the Administration will point to the various exceptions to the travel restrictions and the allowance for case-by-case waivers to show the ban is not a blanket policy, but is narrowly-tailored to target individuals who pose heightened risks. Such provisions are insufficient to protect innocent foreign nationals because the Administration is nonetheless creating a presumption of danger: any individuals from these countries are presumed terrorists unless shown otherwise. Importantly, this presumption existed in the original Muslim Ban while specifically excluding non-Muslims. Further, the exceptions and case-by-case waivers are the same as they were under the temporary Muslim Ban, which nonetheless saw CBP agents harass and detain those who clearly fell under those exceptions, including US citizens who happen to be Arab or Muslim. The Administration’s thinly-veiled attempt to put a neutral face on a discriminatory policy nonetheless had the discriminatory impact it desired.

Last, Trump will claim that the addition of Venezuela and North Korea prove that the policy does not target Muslims. These additions are cosmetic and designed to hide the ban’s original intent. In North Korea travel to the US is already illegal, and most North Koreans seeking refuge in the US do so on South Korean passports. As for Venezuela, the ban involves a limited set of government officials and their families. This means that Muslim travelers remain the focus of the policy and the group most impacted.

Importantly, under the Proclamation there is no stated venue for individuals to challenge their treatment, and the Administration can, at will, expand the ban to broader classes of individuals or more countries. Allowing the Trump Administration to ban travel from these eight countries under this Proclamation opens the door for the ability to ban entire ethnic or religious groups without individual redress.

Regardless of how the Court handles the existing dispute over the first Muslim Ban, the permanent version via proclamation explicitly aims to limit the presence of the Arab and Muslim populations in the US through targeted immigration control. Such policies and intentions are evocative of the shameful Chinese Exclusion Act of 1882, and subsequent discriminatory US immigration policies, which banned the immigration of Chinese laborers to the US because they “endanger[ ] the good order of certain localities”. Contemporary US Senator George Frisbie Hoar of Massachusetts called the Chinese Exclusion Act “nothing less than the legalization of racial discrimination.” He was correct then, and the same is correctly said of the most recent  Muslim Ban Proclamation. Congress must now act again to end these bigoted, xenophobic policies emanating from the White House. Our country deserves nothing less.