Teacher Strikes Are Symptom of Much Larger Education Concerns 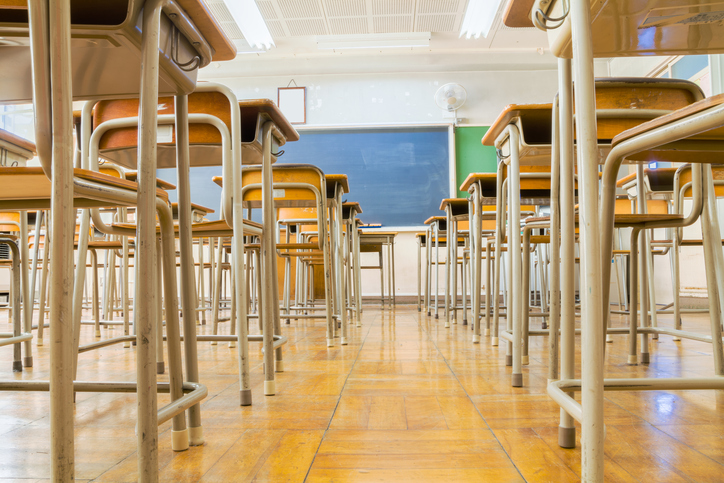 West Virginia teachers recently went on strike to challenge salaries that are among the lowest in the nation and won. Teachers in Oklahoma and Kentucky are attempting the same, with rumblings that more states may follow. But these protests are really just a sign of a much bigger problem—states have been gutting public education on multiple levels for a decade. Public school funding is down dramatically. Voucher and charter funding is up exponentially. And brand new studies reveal that by cutting school spending by as little as 10 percent, states “reduced test scores” and graduation rates.

The biggest cuts to public education began during the Great Recession. Early on, teachers and families accepted that states had to make hard economic choices. But states soon did more than just balance their budgets. They increased funding for charter schools and vouchers at the same time that they were cutting public school funding. Between 2008 and 2012, Florida, for instance, increased voucher funding every year. During that same period, the state cut public school funding by 23%.

States also fundamentally changed how they treat teachers. Wisconsin restricted the influence of teacher unions. At least seven states passed legislation to eliminate teacher tenure. Dozens of other states imposed high-stakes evaluation systems on teachers. New laws required districts to hire, fire, and promote teachers—largely based on statistics. They scared so many teachers away that it eventually created a national shortage.

States have done little since the Recession to repair the damage. By 2012, tax revenues rebounded and are substantially up now. But thirty-one states are still funding education at a lower level than before the recession began. The worst offenders are more than 20% below pre-recession levels. Even states that modestly increased funding in recent years have done very little to help the neediest districts. In Pennsylvania, the poorest districts receive 33 percent less funding than wealthier districts. Some poor districts began the 2015-2016 school year by asking teachers to work for free. By 2016, Erie considered closing its school district permanently.

Had the attacks stopped, communities might have accepted a new normal. But several states threatened to cut deeper into the core of public education. In the last two years, states like Texas, Arizona, and Nevada took steps to permit the “voucherization” of the entire school system. Speaking of a 2017 law, the head of the Florida Charter School Alliance proclaimed, “[m]ore was achieved this year for the charter movement than . . . in a very long time.”

This seemingly limitless degradation of public schools pushed many communities too far. In Texas, families and teachers from across the state descended on the capital to protest a pending voucher bill. They could not accept the state adopting an expansive voucher bill without first addressing the basic necessities of struggling school districts. Before the protests, the voucher bill had sailed through the state senate. After the protests, the bill died in the state house by a vote of 103-44. Similar grassroots movements eventually stopped or stalled voucher and charter bills in other states like Massachusetts, Arizona, and Nevada.

The current teacher uprisings in West Virginia, Oklahoma, Kentucky, and elsewhere are no different. With state revenues consistently increasing, teachers cannot understand why their wages remain stagnant while health care costs go up.

These seemingly disparate states and issues converged in the fight over Betsy DeVos’s nomination for Secretary of Education. She came to symbolize all that has gone wrong in education in recent years. Teachers and parents overwhelmed Senators’ offices with visits and phone calls. With that opposition, the same republican party that had summarily confirmed Obama’s last Secretary of Education could only muster lukewarm support for DeVos. It took the Vice President’s tie breaking vote to put her in office.

DeVos’ slim confirmation should have served as a warning to West Virginia legislators who thought teachers would back down. And both of these events should serve as a warning to other states. The public school resistance is growing, not shrinking.

The vast majority of parents are now making it clear that they do not want to shop for a public school, much less drive their kids across town every day. And neither teachers nor parents want to hear about education cuts or strikes. They just want to trust government to carry out its responsibilities to public education. The problem is that, right now, they can’t.