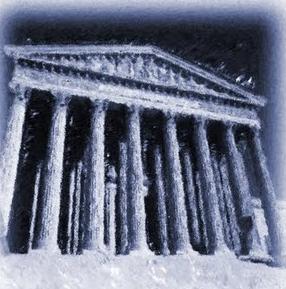 “This grading of Congress’s homework is a task we are ill suited to perform and ill advised to undertake.”

By a narrow majority, the U.S. Supreme Court’s decision in Coleman v. Maryland Court of Appeals – has eroded the right of millions of state workers to take job-protected leave under the Family and Medical Leave Act of 1993 (FMLA) when faced with a serious illness, injury, or pregnancy. In these tough economic times of high unemployment, the Supreme Court has dealt another devastating blow to millions of workers – making them vulnerable to losing their jobs if they need time off for medical leave. The Court ruled that states cannot be sued for monetary damages for violating the FMLA’s medical leave provision, leaving state workers with little meaningful recourse if their employers deny the self-care leave guaranteed by the plain language of the FMLA.

The FMLA set an important family and medical leave standard that guarantees eligible workers – both women and men – up to 12 weeks of job-protected, unpaid leave to recover from a serious illness or medical condition, including pregnancy or childbirth, or to care for a newborn, a newly adopted child or a seriously ill family member.

Since its enactment 19 years ago, workers have used the FMLA more than 100 million times. The law has helped workers disabled by pregnancy or recovering from childbirth, workers with new babies and dying parents, workers who have had heart attacks and hysterectomies – in short, workers for whom job-protected leave is of critical importance.

Petitioner Daniel Coleman was one such worker facing a serious illness who sought to exercise his rights to medical leave. He was working for a Maryland court when his doctor ordered bed rest. After requesting medical leave, Coleman was fired the next day. He then filed a lawsuit alleging a violation of the FMLA.

After years of litigation, the Supreme Court rejected his claim for monetary relief. While the Court left the door open for workers like Coleman to seek injunctive relief such as reinstatement, such limited relief provides little incentive for employers to comply with the law from the outset, without the risk of monetary liability for violating the law. Additionally, few workers will have the resources to pursue costly, protracted litigation just to be reinstated.

[d]ocumented discrimination against women in the general workplace is a persistent, unfortunate reality, and, we must assume, a still prevalent wrong. An explicit purpose of the Congress in adopting the FMLA was to improve workplace conditions for women.

Yet the plurality concluded that the medical leave provision of the FMLA was not directed at gender-based discrimination, and therefore, Congress did not validly abrogate state sovereign immunity under the Eleventh Amendment under the “congruence and proportionality test” developed to analyze legislation enacted under the Equal Protection Clause of the Fourteenth Amendment.

Justice Ginsburg’s dissent, which was joined by Justices Breyer, Sotomayor, and Kagan, asserts that “the plurality undervalues the language, purpose, and history of the FMLA, and the self-care provision’s important role in the statutory scheme.” The dissent recognizes that Congress enacted the FMLA pursuant to its power to address sex discrimination under the Fourteenth Amendment. Justice Ginsburg’s opinion explains that the FMLA offered leave on a gender-neutral basis rather than creating a special right to self-care leave for medical illness surrounding pregnancy, in part to avoid creating perverse incentives for further discrimination against women.

Notably, the Court refrained from overturning Chief Justice Rehnquist’s 2003 opinion in Nevada Department of Human Resources v. Hibbs. In Hibbs, the Court ruled that Congress validly abrogated state sovereign immunity pursuant to its Fourteenth Amendment authority with respect to the FMLA’s family-care provision. Hibbs made it clear that state workers can sue their employers for monetary damages for violations of the family-care provision of the FMLA. Writing for a 6-3 majority in Hibbs, Chief Justice Rehnquist concluded that Congress clearly intended to protect state workers from sex discrimination by providing job-protected leave to care for a family member.

Contrary to the legislative purpose of the FMLA, the Coleman decision establishes an unintended, unnatural distinction between the FMLA rights of public and private sector workers.  In the absence of additional protections set out by state law, state employers will not be held accountable for violations of the FMLA’s medical leave provisions to the same extent that private employers are held accountable.

The decision also establishes an unnatural distinction between the rights of public workers to take medical leave and caregiving leave. As the dissent points out, “It would make scant sense to provide job-protected leave for a woman to care for a newborn, but not for her recovery from delivery, a miscarriage, or the birth of a still born baby.” But by drawing a distinction between self-care and family care rights, the plurality has opened the door for such a nonsensical framework.

Sadly, the Coleman decision erodes the rights of millions of state workers who need leave to care for their own medical illness, injury, or pregnancy. The decision denies state employees access to a meaningful remedy when their employers violate the FMLA, and could force workers to choose between their health and their jobs. The decision must serve as an urgent call to policymakers to ensure that workers need not make that impossible choice.