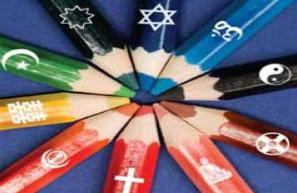 By Rajdeep Singh, Director of Law and Policy at The Sikh Coalition

In February 2010, the Oregon legislature will have a historic opportunity to repeal ORS 342.650, a state law that forbids public school teachers from wearing religious dress in the classroom.

According to press reports and historical literature published by the State of Oregon about its own history, ORS 342.650 originated in the 1920s as an anti-Catholic measure and was supported by the Ku Klux Klan at a time of overt hostility toward racial and religious minorities. Other laws enacted by the Oregon legislature during this period included the Compulsory Education Act (a measure designed to close parochial schools) and the Alien Property Act of 1923 (a law that prohibited Japanese immigrants from purchasing or leasing land in Oregon). Although two of these laws have since been repealed, ORS 342.650 is still enforced against religious minorities, including observant Sikhs who wear dastaars (turbans); observant Muslims who wear hijabs (headscarves); and observant Jews who wear yarmulkes (headcoverings).

Although some supporters of the status quo argue that ORS 342.650 protects students from religious indoctrination, Oregon appears to be one of only three states in the country (including Nebraska and Pennsylvania) that continue to impose such stringent restrictions on public school teachers. This is prima facie evidence that ORS 342.650 is a ‘blunt instrument' and that a less restrictive balance can be struck between the state's interest in promoting religious neutrality and its obligation to protect civil rights. The case for repealing it was bolstered last November when two key state agencies-Oregon's Bureau of Labor and Industries, and the Oregon Department of Education-issued a joint memorandum urging repeal.


In some ways, the fate of ORS 342.650 will be a bellwether for Sikhs in the United States, who continue to struggle against hate crimes, school bullying, and workplace discrimination in the post-9/11 environment. If Oregon repeals ORS 342.650, this could signal a willingness on the part of states to embrace diversity; give religious minorities the right to find self-fulfillment and economic security in any career they choose; and reassure individuals that they are not second-class citizens because of the way they look.

Religious neutrality need not undermine diversity or entail categorical suppression of an individual's right to constitute his or her own identity as a human being. Religious freedom and neutrality can-and do-co-exist in the United States, and we can no longer pretend (as the KKK did) that we live in a monochrome nation. In this context, Oregon has a historic opportunity to mark the start of a new decade in the 21st century by expanding civil rights and definitively burying one of the last relics of the Ku Klux Klan.

TRUST and Retaliation: The First Amendment and Trump’s Taxes