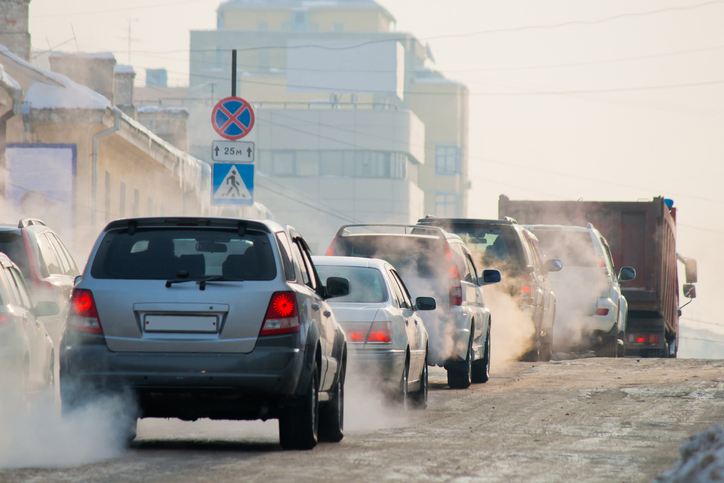 On September 23, California Governor Gavin Newsom announced an Executive Order that would, among other things, ban the sale of new internal combustion engine vehicles in California after 2035. The announcement sparked a flurry of reactions: Some environmental groups praised the order, while others said it didn’t go far enough, and petroleum and auto industry spokespeople questioned the availability of infrastructure to support the shift and argued that the move didn’t have widespread buy-in from stakeholders.

In short, the Governor’s order requires steps to reduce both supply of and demand for fossil fuels. The centerpiece of the order is its target that 100 percent of new in-state car sales will be zero-emission vehicles (“ZEVs”) by 2035, and that, for all operations where feasible, 100 percent of medium- and heavy-duty vehicles in the state will also be ZEVs by 2045. But beyond directing the California Air Resources Board (“CARB”) to adopt regulations effectuating these targets, the order recognizes that substantial new investment and regulation will be required to speed the state’s transition away from fossil fuels. To that end, it also directs state agencies to develop a ZEV market strategy; identify improvements to clean transportation, sustainable freight, and transit options, including support for ZEV infrastructure; update assessments of needed ZEV infrastructure; and take steps to transition away from fossil fuels by repurposing oil production facilities and expediting closure and remediation of oil extraction sites. Making progress towards these goals over the coming years will involve a significant amount of coordination spanning across state agencies and, likely, the legislature.

The order comes as California continues to fight a battle against the Trump administration’s September 2019 revocation of its Clean Air Act (“CAA”) waiver for vehicular greenhouse gas emissions standards and its ZEV mandate. (Full disclosure: Emmett Institute colleagues and I co-authored an amicus brief in the litigation on behalf of over 140 members of Congress, arguing that the agencies’ rule runs contrary to Congressional intent.) The Trump rule in question, dubbed “SAFE: Part I,” declared California’s standards preempted by the Energy Policy and Conservation Act’s (“EPCA”) mandate to set federal motor vehicle economy standards, and nixed California’s waiver both because of that purported preemption and because, allegedly, the waiver request did not meet the standards set forth in CAA Section 209.

A bit on both arguments: EPCA preempts states from adopting laws “related to” the regulation of fuel economy standards; NHTSA claims that California’s Advanced Clean Cars program, the subject of the waiver request at issue in the litigation, does just that. Turning to the CAA, Section 209 requires the EPA to grant California a waiver to implement vehicular emissions standards that are, on the aggregate, as stringent as federal standards—the agency can decline to do so only if it finds the standards are arbitrary and capricious; are not needed to meet extraordinary and compelling circumstances; and/or are inconsistent with technical and enforcement provisions of the CAA. The EPA says it can make these findings.

As I’ve written here before, both sets of arguments rest on questionable legal ground. More than one federal court has already rejected NHTSA’s EPCA argument—even the Supreme Court has agreed that EPCA does not preclude federal regulation of vehicular GHG emissions—and the statutory and legislative history is clear that Congress never intended EPCA to preempt emissions standards, even when those standards might have an impact on a vehicle’s fuel economy. And aside from the fact that there is no waiver revocation authority written into the CAA, California is owed considerable deference to its determination that it needs the Advanced Clean Cars program. Reams of evidence show that the program is needed not just to combat climate change, but to reduce the amount of smog and smog-forming pollutants in the state, conditions the EPA has historically recognized—and still acknowledges—as “extraordinary and compelling circumstances” necessitating a waiver.

While much of the order, including its infrastructure-related provisions and mandates to transition away from fossil fuel production, are unrelated to the waiver litigation (and are well within the state’s authority to regulate), the outcome of the waiver fight still looms large over Governor Newsom’s announcement. That’s because California has historically sought a waiver for its ZEV program, which requires an ever-increasing percentage of vehicles sold in California to have zero tailpipe emissions. Governor Newsom’s order directs CARB to adopt regulations requiring increasing volumes of ZEV sales until ZEVs represent 100 percent of all new vehicles sold in California by 2035, a framework similar to the existing ZEV program but with much more ambitious targets. If the new CARB regulations are structured this way, California is likely to require a waiver for them, and because the Trump administration has already demonstrated its hostility to the existing ZEV program, whether or not California receives one may turn on the outcome of the November election. But it shouldn’t.

First, any new ZEV mandate is necessary to meet “compelling and extraordinary circumstances,” whether you accept the overwhelming scientific consensus on climate change and the likelihood of unique and serious impacts to California as a result of it, or choose to adhere to the EPA’s current interpretation of the phase as referencing only local air pollution caused by criteria pollutants. In support of its Advanced Clean Cars program waiver request, and again in opposing revocation of the waiver, California has submitted ample scientific evidence demonstrating that the state stands to experience special and extreme harms as a result of climate change. Given California’s position as the fifth-largest economy in the world, an aggressive move toward ZEV adoption by the state would certainly influence vehicle markets elsewhere and would demonstrably reduce transportation sector emissions within and outside of California’s borders.

But it’s also important to recognize how critical a ZEV program is to winning the state’s long battle with smog. California initially adopted the ZEV mandate in 1990, in response to concerns about persistent smog pollution. Designed to be technology-forcing, the ZEV mandate was aimed at reducing concentrations of smog-forming criteria pollutants by encouraging a transition of the vehicle fleet to non-emissive cars. Over time, the fight against climate change became an added rationale for the program, but since its inception, the ZEV mandate has always been targeted at reducing the very pollutants EPA has historically recognized as the cause of California’s “extraordinary and compelling circumstances” requiring a waiver. That’s why the EPA has consistently throughout the years—including during a past Republican administration—granted waivers to California to update its ZEV program. A more aggressive ZEV mandate is even more important now, as California still struggles with some of the worst air pollution in the country (and worsening pollution in places like the San Joaquin Valley) and as climate change stands to exacerbate that pollution.

Nonetheless, in the event that Trump wins reelection, California should expect to face federal resistance as it seeks to move forward with these regulations. Of course, the courts may ultimately decide in California’s favor on the waiver, but a final decision in the litigation, assuming it proceeds, may still be years away. The state may consider alternative courses of action—for example, a straight ban of internal combustion engine vehicles with no emissions standards attached to it arguably would not require a waiver from the EPA—but even an alternative path is likely to face litigation, and a straight ban would lack the benefit of the steady ramp-up approach the Governor’s executive order implies. A policy as bold as this one is bound to be challenged, but California’s CAA authority to implement it should be clear; whether the federal government chooses to recognize that authority is another question.