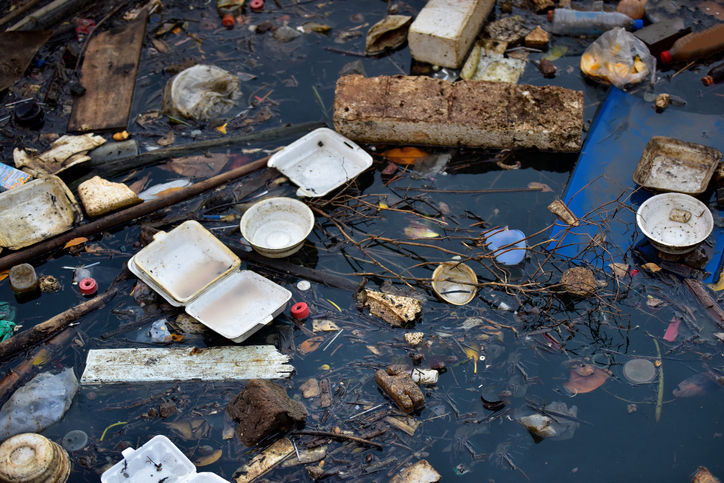 The accessibility and independence of a strong judiciary is critical to empowering the people to hold their government and powerful private interests accountable. But our court system is under attack now as never before.

Since January 2017, Congress has introduced more than 50 bills that in one way or another aim to strip people of the right to hold the government and special interests accountable in court.  What’s more, we’ve seen the Environmental Protection Agency (EPA) and Department of Justice (DOJ) adopt policies that mirror some of these shameful legislative efforts.

Earthjustice recently released a report that examines actions of the Trump administration and Congress that threaten people’s ability to have their day in court. These dangerous policies, which are being pursued at the behest of wealthy corporations and ideological extremists, seek to diminish the role of the courts in securing important public protections for individuals, workers, families, communities, and the environment, with particularly profound implications for already marginalized groups.

The UN Development Programme has recognized that “The rule of law, and access to justice are … fundamental pillars for the protection, empowerment and dignity of all people and for ensuring equality of opportunity.” Indeed, without an accessible and independent court system, critical policy decisions are more likely to be driven by powerful special interests, untethered to the rule of law. Without the courts, the power asymmetry between ordinary people and wealthy corporations is often determinative of policy outcomes. With corporate spending on elections and lobbying now at unprecedented levels, an erosion of access to the courts could be devastating to our representative democracy.

The courts, while imperfect (like every human institution), pursue an ideal where the law—not wealth and power—matters most. And the courts have often proven themselves a forum in which the playing field can be nearly leveled. When the courts are truly independent, and accessible, they are capable of functioning as a positive force for justice and social change.

All we have to do is think about cases like Brown v. Board of education, ending school desegregation, Loving v. Virginia, ending bans on interracial marriage, Roe v. Wade ending criminal bans on abortion, or Obergefell v. Hodges, ending bans on marriage for same-sex couples to begin to appreciate the vital role of the courts in our society.

In the U.S., the role of the courts in ensuring fidelity to our environmental laws, in particular, has been essential. Few of our most important environmental and public health protections—including those aimed at cleaning up the air we breathe, the water we drink, and the spaces we use to play, learn and work—would have much meaning today without the courts. At almost every turn, powerful corporate interests attempted to use the political system, at the federal and state level, to undermine these laws. And at almost every turn, public interest advocates (including communities, states, and nonprofit organizations) were able to make their case in court to uphold the law.

A similar dynamic has played out with regard to civil rights, gender equality, reproductive rights, consumer protection, immigrant rights, worker protections, disability rights, and more. Again and again, the courts have played a crucial role; a role that has been especially important for those communities that already suffer the most, who already carry the heaviest burdens in our society.

Continued and unobstructed access to the courts remains vital to ensure we are a nation governed by the rule of law, not the almighty dollar.

So, what are the threats that we now face?  How are we in danger of being alienated from our court system?

Congress and the Trump administration are attempting to limit or eliminate access in five key ways.  By:

These dangerous efforts are reflected in more than 50 individual legislative and administrative proposals. This array of policies would impose real hardship on real people, especially those most vulnerable among us. It would fundamentally weaken our democracy, and it would move the U.S. further from the ideal of a society that fully respects the dignity of all its people. These efforts are an affront to American principles of fairness and justice, and we should all stand up in opposition.