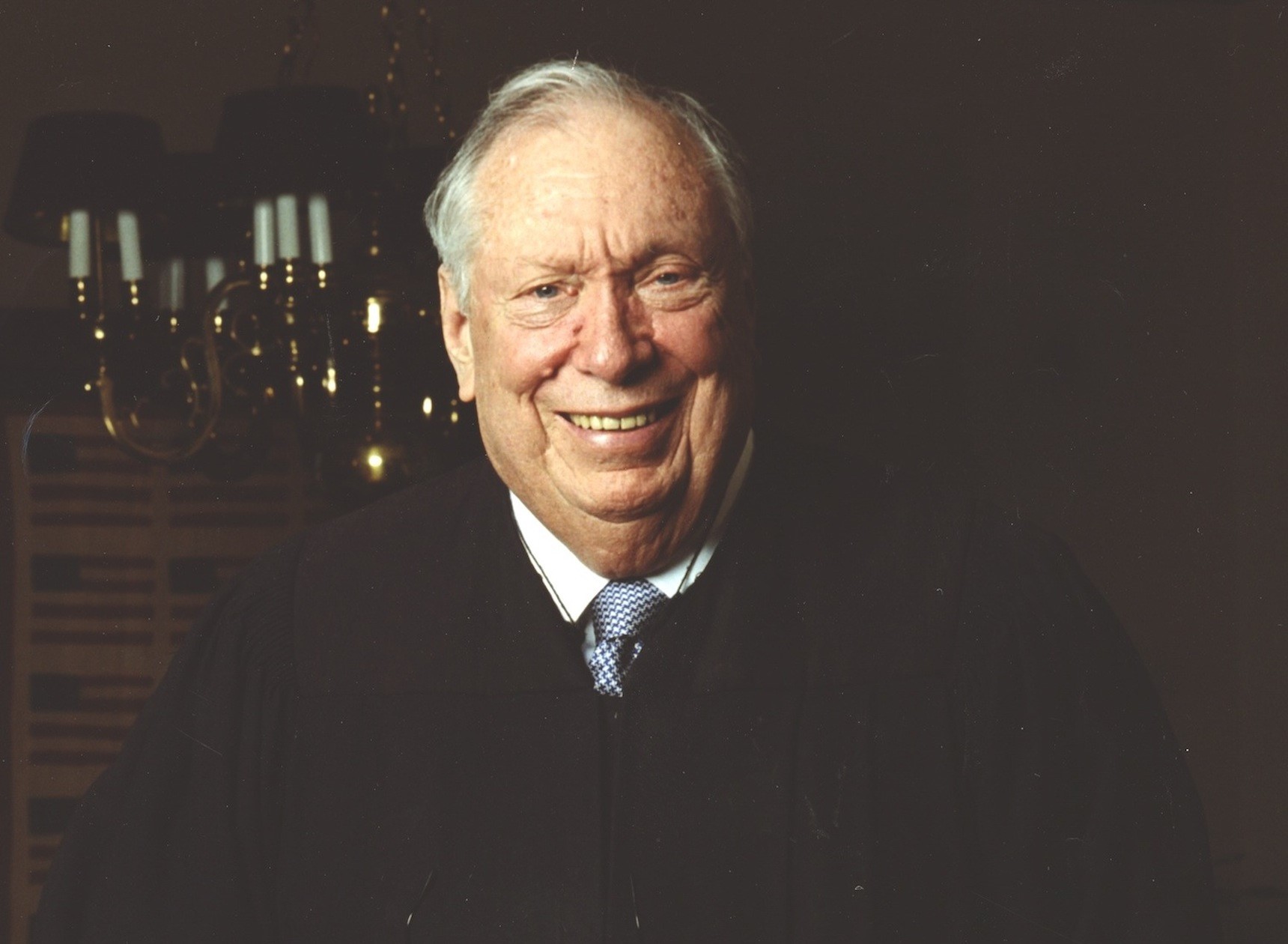 I have many favorite memories of Stephen Reinhardt. Once I was a speaker at a national conference of federal court of appeals judges and was in the audience when Justice Antonin Scalia spoke. Justice Scalia said that his personal beliefs never influenced his decisions and specifically that his Catholic faith had nothing to do with his views on Roe v. Wade. I was sitting next to Judge Reinhardt, who said, not in a whisper, “That’s such bullshit.”  Those sitting in the that part of the room burst into laughter.

Reinhardt will be most remembered as a fiercely liberal judge in a time of an increasingly conservative Supreme Court. The majority of the Supreme Court were Republican appointees for the entire 38 years that Reinhardt was on the bench. It meant that he was sometimes reversed by the higher Court. But he always was steadfast that his role was to interpret the Constitution and the law to the best of his ability, not to predict what the Supreme Court might do. I once heard him asked about his reversal rate in the Supreme Court and he was dismissive that should matter. He quipped, “They can’t reverse all of them.”   It certainly was not that he did not care about the ultimate outcome. And it certainly was not that he ever would flout the Court. Rather his view was that his job was to call them the way he saw them until the Court said otherwise.

For example, Reinhardt wrote the en banc opinion for the Ninth Circuit in a case that struck down a Washington law prohibiting aiding and abetting a suicide. Reinhardt’s eloquent opinion for the Ninth Circuit found a constitutional right to physician-assisted death. Judge Reinhardt's opinion explained that the matter of life and death was so “central to personal dignity and autonomy” that the Constitution left it to the individual. The Supreme Court reversed, but Reinhardt never wavered in his belief that he was right in protecting this fundamental aspect of liberty.

The focus on his ideology and Supreme Court reversals obscures the fact that he was a terrific judge. His opinions were always thorough, well-reasoned, and models of clarity. His questions from the bench reflected his tremendous intelligence and careful preparation. His clerks and former clerks – some of whom had been my students -- describe the incredibly long hours that he put in day after day and week after week. He was obsessed with the craft of judging and that may allow his opinions to stand the test of time.

His liberal ideology led him to fight hard to enforce the Constitution and its protection of civil rights and civil liberties. Overall, he tended to favor the individual over the government and the government over business. Put simply, Stephen Reinhardt’s judicial philosophy was far closer to the Warren Court than to the Roberts Court. More subtly and more importantly, however, it is a judicial philosophy based on the view that the Constitution embodies a profound respect for human dignity and that its meaning evolves through interpretation.

Sometimes the Supreme Court ultimately agreed with Reinhardt, such as in declaring unconstitutional laws prohibiting same sex marriage. Reinhardt wrote the Ninth Circuit’s decision striking down California’s Proposition 8, which amended the state constitution to provide that marriage had to be between a man and a woman. Often the Court reversed Reinhardt, such as to whether the words “under God” in the Pledge of Allegiance impermissibly establishes religion, whether the federal statute prohibiting partial birth abortion was unconstitutional, and whether the First Amendment protects the speech of government employees.  Not surprisingly, he and the Supreme Court had dramatically different views about the death penalty and more than once his opinions in this area were reversed.

I feel fortunate to have been his friend for over 25 years. I saw his tremendous kindness to those around him – his wife, his family, his law clerks, his friends. I will remember the many dinners we shared and the times that he called me or emailed me when I wrote something that he disagreed with. I am proud that when I was dean of the University of California, Irvine School of Law, I created an annual Judge Stephen Reinhardt and Ramona Ripston (who served as the executive director of the ACLU of Southern California for 40 years) Lecture on Civil Liberties and Civil Rights. It is a small way of honoring two remarkable people who dedicated their careers to using the law to making people’s lives better.

There are far too few courageous, progressive judges on the bench. The Ninth Circuit and the country lost a terrific judge with the death of Stephen Reinhardt.