Religious Freedom is not a License to Discriminate 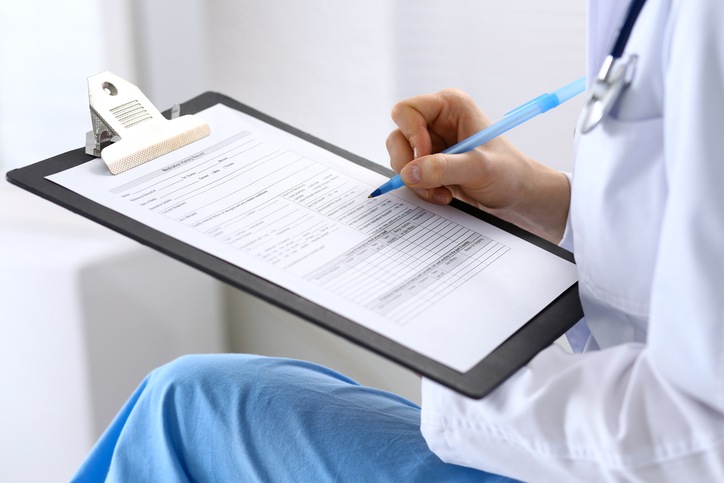 On the heels of President Trump’s proclamation on Religious Freedom Day, the Department of Health and Human Services (HHS) issued a controversial rule on January 19 that allows healthcare providers to deny care to patients for religious, moral or any other reasons. The department also created a new Conscience and Religious Freedom Division within the Office of Civil Rights. These efforts are at the heart of a carefully crafted strategy by religious conservatives to radically redefine religious freedom and roll back progress on basic civil liberties— most notably a woman’s constitutional right to abortion and the rights of LGBT people.

By March 27, the department received more than 200,000 public comments regarding the new rule, many of which expressed deep concern about its broad exemptions for individuals and corporations to deny people care. Roger Severino, head of the HHS Office of Civil Rights claims that these measures are meant to better balance conscience and religious freedom with other civil liberties. Indeed religious freedom is an important civil right. But as Catholics for Choice and many other partners who submitted comments have noted, the rule leaves patients completely unprotected from seeking the ethical care they may need based on their own beliefs and moral decision-making. Importantly, it does not address what protections a patient has in emergency situations, such as miscarriage management, post-abortion care, or the provision of emergency contraception. In sum, it places absolute primacy on the right of ultraconservatives to deny patients care on the spot, without giving advance notice of their objection—leaving the door wide open for women and LGBT people to be discriminated against. It entirely misses the rights and responsibilities we have as citizens protected by our constitution’s first amendment—that you have both the right to freely exercise your beliefs but you also have the responsibility to allow others to express their own beliefs free from discrimination.

Individuals can and must be afforded the right to consciously object to provide services that go against their religious beliefs. Reverence for individual conscience is foundational to Catholicism and other religious traditions that make up this country. That is why, as Former Director of the HHS Office of Civil Rights Jocelyn Samuels underscores, the Obama administration enforced laws that allowed medical providers to consciously object to providing healthcare services, such as abortion, that violated their religious beliefs. Yet as the American Medical Association Code of Medical Ethics makes clear, the freedom to act according to conscience is not unlimited.

When consciously objecting, providers must consider the damage done to patients who are left without care and ensure unfettered access to the services they seek through speedy referrals. That patient absolutely has the right to seek the care they need and are legally protected to receive; and yet oftentimes they are not in as privileged a position as a provider. Increasingly, women—especially women of color and women living in rural areas—face hardships in accessing reproductive healthcare, such as birth control and abortion services. This is a growing trend as more hospitals and insurance companies merge with Catholic-owned healthcare systems for financial reasons, and find themselves forced to deny women reproductive options that are prohibited by the Ethical and Religious Directives that guide Catholic-owned or affiliated health enterprises. As California Assemblymember David Chiu indicates, women are also often lured into fake health centers that actively shame, deceive, and deny them basic consumer information about state funded reproductive health services that may be available to them. Similarly, LGBT patients and especially transgender patients face rampant discrimination in healthcare provision. The video below illustrates how religious refusals directly impacted the lives of three women:

Now, as President Trump seeks to slash the HHS budget, will the Office of Civil Rights ensure that the civil liberties of women and LGBT individuals are also protected when they run up against a provider who refuses them care or even a referral to receive that care elsewhere? How will this office balance thousands of complaints it receives under civil rights laws and HIPAA compared to the 34 religious refusal-related complaints it received since President Trump’s election?

To make matters worse, HHS may release a follow-on rule requiring healthcare institutions that receive HHS funding to certify they are complying with the conscience statutes. Those that are found negligent could lose funding. It is clear that these new efforts by HHS are meant to elevate the concerns of religious conservatives over the rights and protections of all other citizens HHS is supposed to serve. And the elevation of religious refusals at HHS is not in isolation.

Across the federal government and in key court battles—from NIFLA v. Becerra to Masterpiece Cakeshop, Ltd. v. Colorado Civil Rights Commission—religious conservatives are undertaking a concerted effort to carve out broad religious exemptions that seriously hinder other civil liberties. Our government, and indeed our first amendment, is meant to protect the rights of all of our citizens, not one narrow slice of religious America. While the current administration will undoubtedly continue to use its executive powers to privilege the religious right, our courts should seek a balanced approach that protects the civil liberties of all of our citizens.